"If they want to call you crazy, fine. Show them what crazy can do."

A new powerful advert for Nike has encouraged female athletes to show their critics exactly what a so-called "crazy" woman can do.

The ad, which was broadcast for the first time during last night's Oscars, features incredible and iconic athletes such as Serena Williams, Simone Biles, Chloe Kim, and the first woman to run the Boston Marathon, Katherine Switzer.

END_OF_DOCUMENT_TOKEN_TO_BE_REPLACED

Williams addresses the double standards that women in sport are consistently objected to.

The ways they are spoken to, and about, are often so far removed from the ways in which male athletes are talked about, the celebration of their talents regularly overlooked because they are seemingly too "angry", too "crazy," or too "emotional"

“If we show emotion, we’re called dramatic," narrates Williams in the ad.

"If we want to play against men, we’re nuts. And if we dream of equal opportunity, we’re delusional."

“When we stand for something, we’re unhinged. When we’re too good, there’s something wrong with us. And if we get angry, we’re hysterical, irrational, or just being crazy." 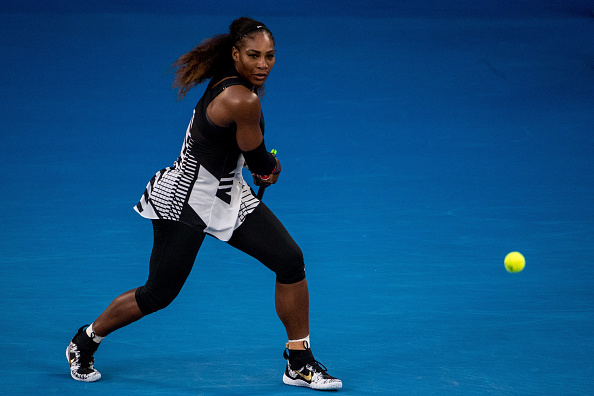 The ad finishes with Williams encouraging women to reappropriate what it means to be spoken about in such a way.

"If they want to call you crazy, fine," she says. "Show them what crazy can do."

At the time of writing the ad has already received over 3,000,000 views on Nike's official channel.

Powerful is an understatement.

popular
You stars Victoria Pedretti and Dylan Arnold spark romance rumours
Someone has ranked the penis size of men from all over the world
Why Are Men so Obsessed With Boobs? The Answer is Pretty Surprising...
The most popular baby names in Ireland have been released in Statistical Yearbook 2021
This is how much 91-year-old Queen Elizabeth drinks every day
So are we dating?... 10 signs it's time to define your relationship
Science says this is how many dates you have to go on before you find 'The One'
You may also like
1 year ago
BBC broadcaster Holly Hamilton: "It feels like the soul has been taken out of sport"
1 year ago
Maxine O'Sullivan: "People don’t talk about the mental side of horse racing"
1 year ago
Brazil's female footballers to be paid the same as men
1 year ago
Greta Streimikyte: “I'm visually impaired but I never let that get in the way of my sport"
1 year ago
Gina Akpe-Moses: "This has been an awakening for black people"
1 year ago
Irish Rugby's Hannah Tyrrell on Pieta House's new initiative and the importance of asking for help
Next Page