Brought to you by Warner Bros.

They will forever have us in awe.

So you've probably been hearing about the star-studded, all-female cast, Ocean's 8 movie that's in cinemas now. 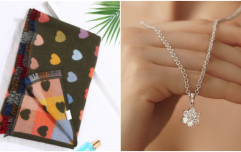 END_OF_DOCUMENT_TOKEN_TO_BE_REPLACED

It sees some of our favourite actors (Sandra Bullock, Cate Blanchett, Anne Hathaway, Mindy Kaling, Sarah Paulson, Awkwafina, Rihanna and Helena Bonham Carter) attempt to pull off the greatest heist of their lives!

It all takes place at the biggest party of the year - the Met Gala. So much glitz, glamour and, it turns out - theft.

This got us thinking - what world-famous, most exquisite jewels are worth remembering Here are some of the timeless celebrity pieces that left us infatuated. 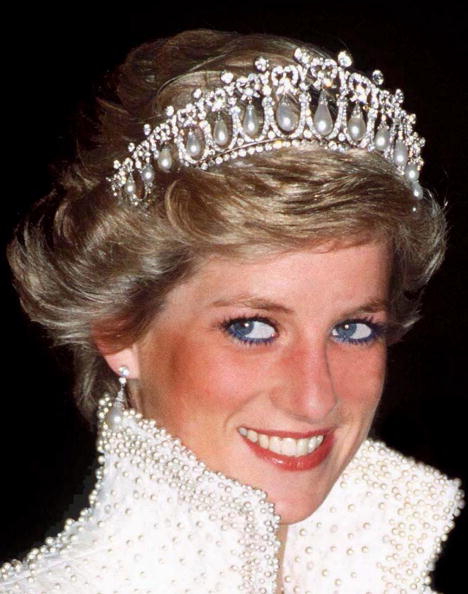 Also known as Queen Mary Lover's Knot Tiara, Queen Elizabeth loaned this tiara to Diana as a wedding gift. It's said to be a favourite too of Duchess Kate, who first wore it in 2016.

3. Titanic's Heart of the Ocean 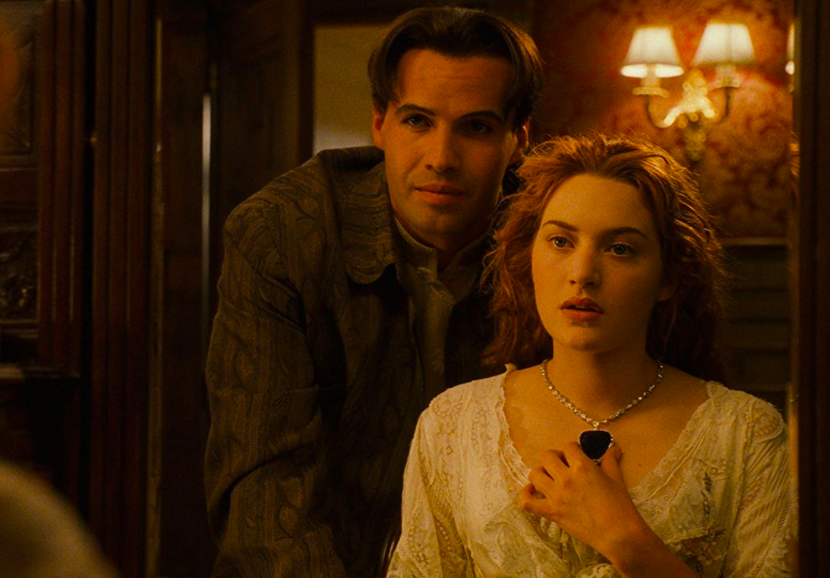 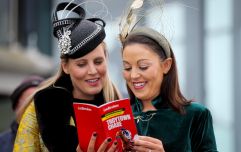 END_OF_DOCUMENT_TOKEN_TO_BE_REPLACED

According to The Washington Times, a married man called Henry Samuel Morley had a giant diamond and sapphire necklace on board the Titanic. He gave it to his lover Kate Florence Philip before she got on a lifeboat,while Morely himself didn't make it.

4. The Duchess of Sussex and her Trilogy Ring 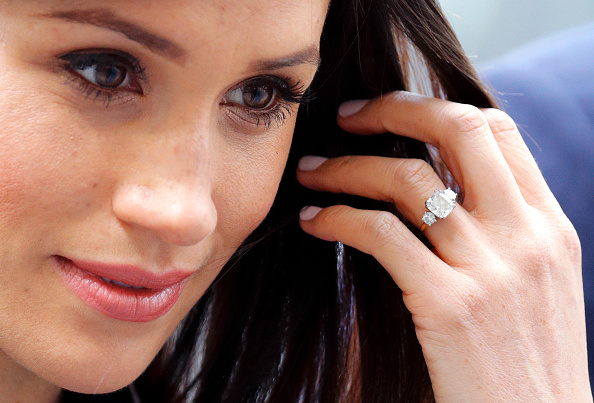 November at Kensington Palace was when Harry and Meghan confirmed they'd be tying the knot on May 19. Here we witnessed that gorgeous engagement ring - the centre stone being ethically sourced from Botswana - where the couple first holidayed together. 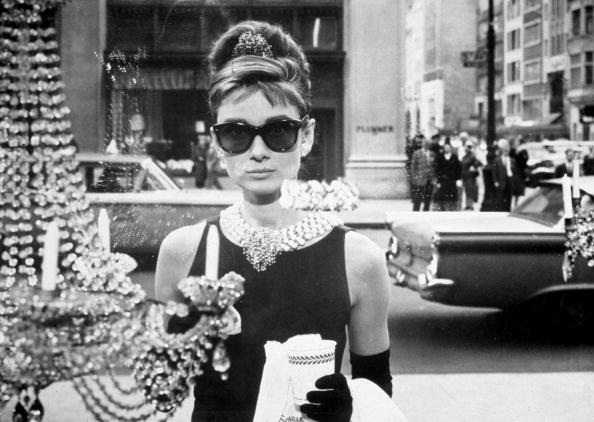 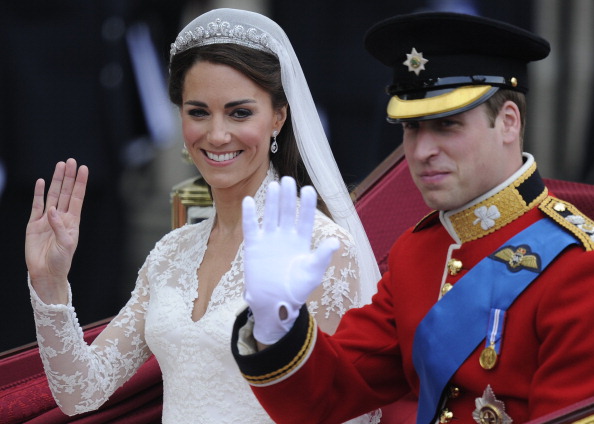 The halo style tiara was made with nearly 1,000 diamonds and was purchased in 1936 as a gift to the wife of King George VI. In the new Ocean's 8, Debbie Ocean and her gang of thieves plans to steal the Toussaint - a $150 million (€129 million) Cartier necklace. Nice! 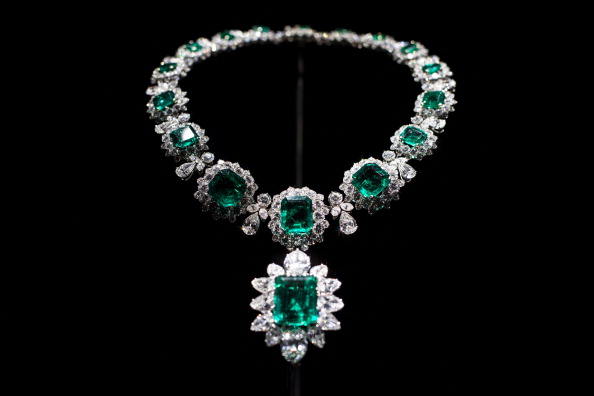 Taylor had a love of everything Bulgari. The luxury brand even created several pieces for her, one of the most famous being her emerald necklace in 1965.

After her death, a two-day sale of Taylor’s jewellery took in around $137.2 million (€118 million) making it the most valuable sale of jewellery at auction, EVER. 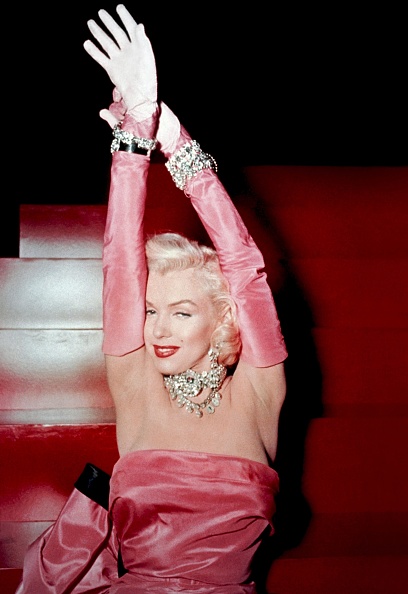 After the 1953 film Gentlemen Prefer Blondes, the above image marked the first ever moment that a jewellery house, namely New York's Harry Winston's, lent glittering diamonds to a star for an Oscars red carpet do.

Brought to you by Warner Bros.

popular
Vicky Phelan says she wants to pass away in holiday home "for the kids' sake"
Rob Kearney and Jess Redden arrive at wedding venue ahead of big day today
Irish man in his 20s dies after being kicked by a horse
Here are the new restrictions being considered for Christmas
Nphet recommend concerts to be reduced by half until January
These are the most popular baby names for 2021
Tributes paid to 29-year-old Irish woman who tragically passed away on holidays
You may also like
3 hours ago
Here's where you can find some festive cocktail classes, delicious food and a cosy winter terrace in Dublin this December
3 hours ago
Cadbury have unveiled their Christmas chocolate range and it looks incredible
9 hours ago
8 gorgeous Irish Christmas markets you need to visit this winter
2 days ago
Find something for everyone on your gift list at the Bewley’s Christmas Market
3 days ago
Get the most out of the latest sales with this Irish online shopping service
4 days ago
We’ve planned the ultimate girly trip to Athlone to take the stress out of your next staycation
Next Page