Artist Audrey Hamilton: "Fast fashion was something we didn't want to be a part of"

"We live in a world now where if you can just make someone smile, it's gold dust."

Irish artist Audrey Hamilton has had quite the year, with her artwork more successful than ever, she has branched out into the world of fashion, bringing along with it a collab with her own work.

Not to mention she is expecting her first little one in only a matter of weeks, life is certainly going her way. 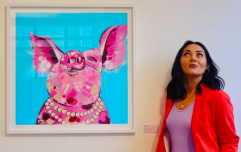 END_OF_DOCUMENT_TOKEN_TO_BE_REPLACED

Sitting down to speak with Her.ie, Audrey told us what sparked the idea to bring her artwork to the fashion industry, the obstacles she faced doing so while pregnant and the one element in the line that means more to her than anything.

"During the pandemic, we started our apparel line, myself and my husband were sitting on the couch drinking rosé like everyone else during lockdown 2020 and the art was doing very well, luckily. I was like 'I'd love to get into fashion, it's always been a passion of mine', and it kind of just made sense to put the art on the clothing because I used to only wear plain colours and when I started painting, that's when I started to actually wear more colour," Audrey said.

"It's the fun-ness of the pieces, I've been told so many times by people, the one thing everybody is saying is that it makes them smile. We live in a world now where if you can just make someone smile, it's gold dust. I didn't think my art would speak so much to people. It kind of makes sense that what you wear makes you smile as well, if you're wearing something comfortable and colourful, you feel better, you smile more. That's what it's all about, being bold, taking risks with fashion." 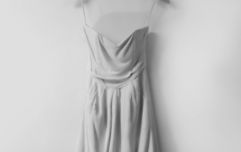 In Pictures: You'll Never Guess What These Amazing Dresses Are Made From

END_OF_DOCUMENT_TOKEN_TO_BE_REPLACED

When it comes to her fashion line, there was one element that was a must for Audrey - sustainability. In a world of fast fashion and unethically sourced labour, Audrey didn't want that to be attached to her name.

Looking for the quality to be the best and knowing the products were made in a sustainable way, she could sleep at night. Opting for them to be made in Portugal by the same production team as those who create clothing for Versace and Burberry, she knew she was in the best hands.

"This was the most important thing to get right, as soon as we were allowed fly, we flew over to Portugal and met with a few manufacturers, and one, in particular, stood out. I got a really good vibe off them so we checked all of their certificates, it was all ethical and sustainably sourced," she added.

"We describe our company as a slow fashion brand, fast fashion was something we didn't want to be a part of. There's no plastic involved, it's all ethically sourced but at the end of the day, I feel like people are trying to fill their wardrobes a bit more with actual pieces that will last longer. 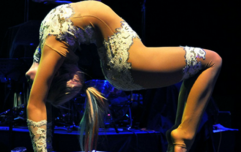 Girl or Giraffe? Check out the Contortionist Who Has Stunned the Internet

END_OF_DOCUMENT_TOKEN_TO_BE_REPLACED

"I try not to buy from [fast fashion brands] and rewear what I have bought from them. I'm not going to say I'm never going to buy from them again, it's just about limiting the amount of fast fashion that you do buy. What our stance on it is, we're trying to create a brand that is ethical, that is sustainably sourced, there's no plastic involved in the making of it and it's about pieces that people will have forever." 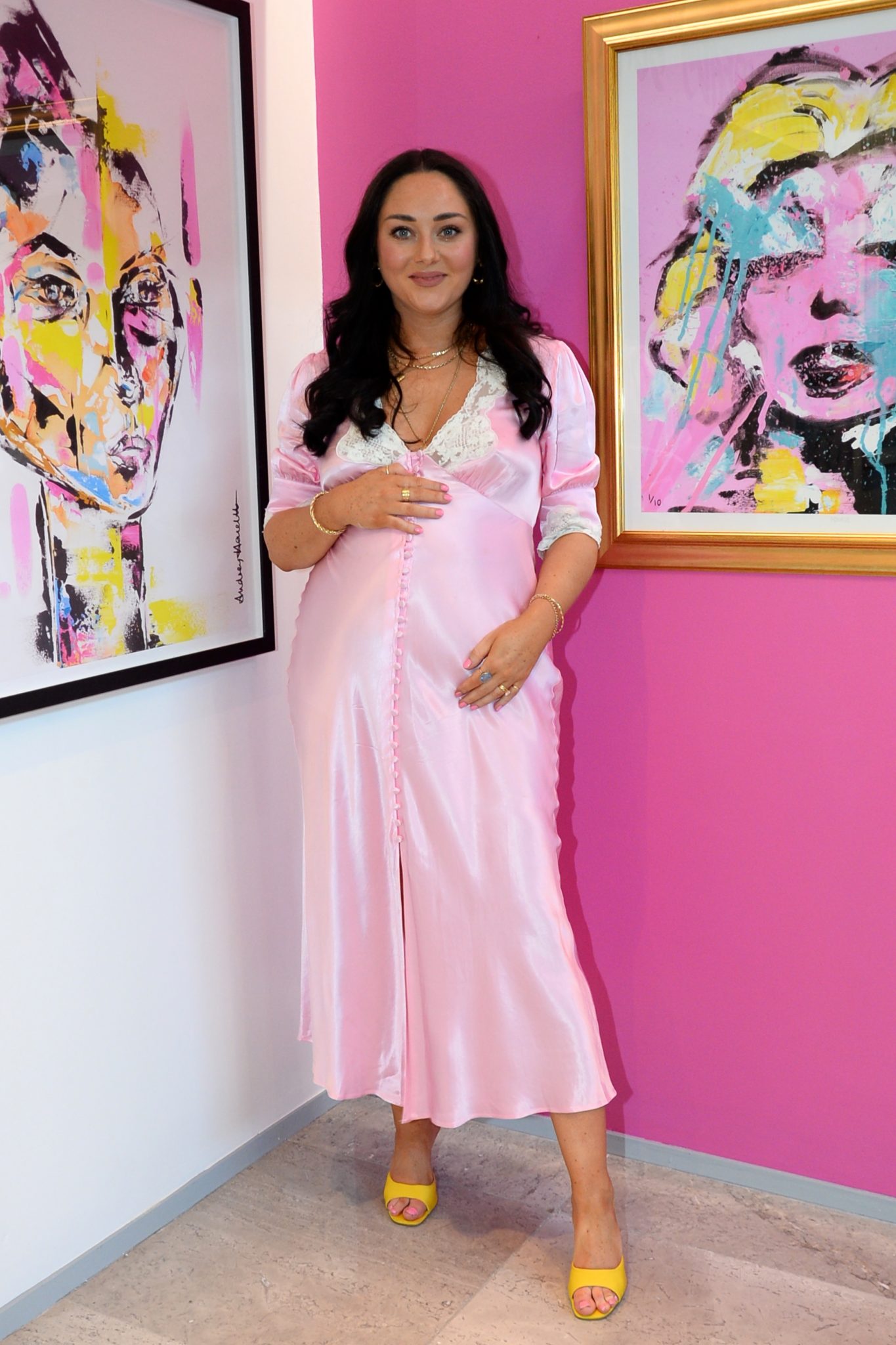 The line launched in June, with a pop-up allowing for people to come and see the collection for the first time in person. With plans to bring it to other towns and cities in Ireland, there's one small bump in the road she needs to face first.

At the time of our chat, Audrey was 31 weeks pregnant with her first child and as she approaches motherhood, she knows she's going to have to take a step back from the business for a while, something she is not used to in the slightest but had a little bit of unexpected experience at when she was in her first trimester.

"We've gotten so many messages from pregnant women that have bought them [her t-shirts] after they've had their babies that they're actually brilliant for breastfeeding because there's so much material, and now I know so I will be wearing them," she said.

"In the first trimester I had normal morning sickness, but it was just the smells of things, I couldn't. I went into the studio one day to start painting and I squeezed the painting tube onto my palette and just the feeling, I had to run to the bathroom. I gave it the three months until the morning sickness passed and then I got back into the studio again. I was like 'oh my goodness, is this what writer's block feels like?'" 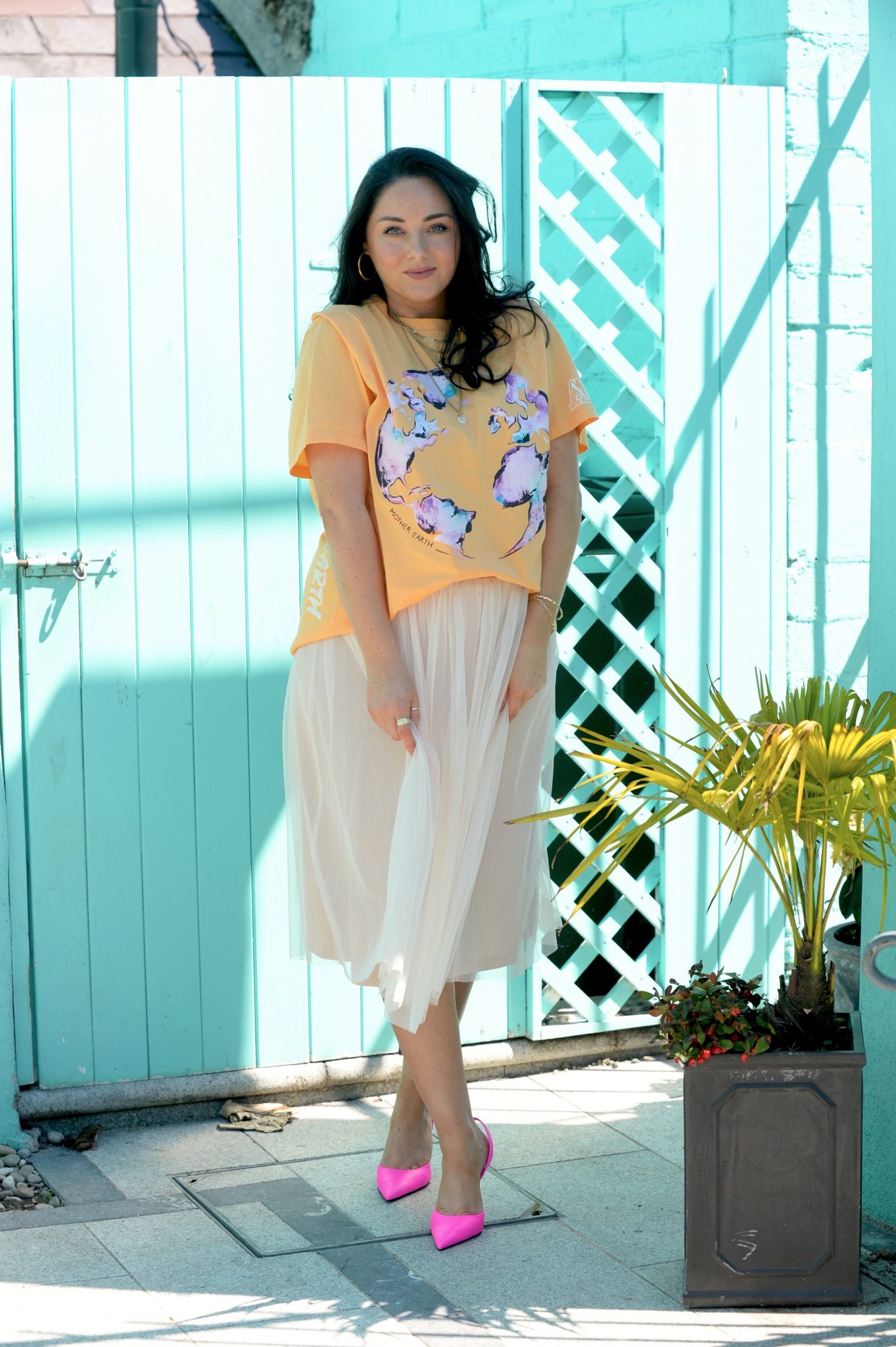 Heading into the last few weeks, nothing is stopping Audrey from getting everything organised for her new arrival, and while she is happy to keep at her work, she has joked about being excited to lay low once the baby arrives.

"I don't know when the nesting period everyone talks about is, but I can definitely feel that I'm starting to slow down a little bit but Jack's amazing, he does so much in the house, he's so brilliant with all of that kind of stuff and anything I want, he'll do. I've kind of been taking advantage of that the last couple of weeks. Being my own boss, I'll be like 'I'll give you the day off today Audrey, go for a swim'."

Audrey Hamilton Apparel is now available at audreyhamiltonapparel.com, with pieces starting at €55.

popular
Love Island's Faye Winter says she feels like she's "failing" as an influencer
McDonald’s launches Happy Meals for adults with toys included
Davide Sanclimenti opens up on having kids with Ekin-Su Cülcüloğlu as he turns down Dancing On Ice
Kelly Osbourne shares "wild" judgement she got for deciding not to breastfeed
Here are the baby name trends set to dominate 2023
5 delicious brunch spots around Ireland to try out on your next trip with the girls
Love Island's Adam Collard and Paige Thorne are "on a break"
You may also like
6 months ago
7 of the best Irish prints you can buy on greeting cards now
7 months ago
Van Gogh Dublin: An immersive art exhibition is coming to the RDS
1 year ago
Banksy's Covid painting for NHS charity sells for £14.4m
1 year ago
Lines and Lessons: Irish sisters document one year in poetry and prints
2 years ago
Irish art: 4 places to get the perfect prints for your home
2 years ago
DIG IN, the world's first 'Art Diner' has just opened on Dublin's Camden Street and it looks fab
Next Page