They also sell a load of decent and genuinely lovely, well-priced items too, but those aren't any fun to write about so let's just do this instead.

The latest bizarre piece of clothing the retailer is selling is a bra.

Now, we know what you're thinking - how could a bra be confusing and weird and just downright a bit strange? It's just a bra, after all.

Except it's not. It's this. 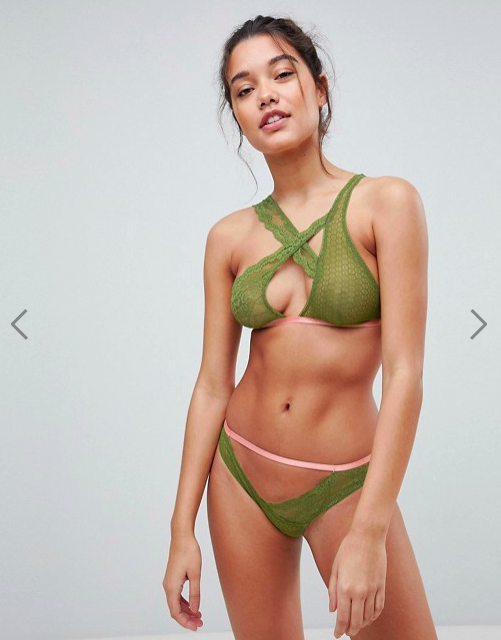 Like, how are you meant to get your boobs into that contraption?

There's so many straps, too many parts, so much potential for the wearing of this garment to go horribly, horribly wrong.

The model is smiling, but we know that she's just trying to grin through the stress of hoping her boob doesn't unceremoniously fall out.

And same, to be honest.

Not only is the bra itself confusing, but it's so asymmetrical that it's actually a bit jarring. It looks incorrect, it most likely feels incorrect, and we essentially want nothing to do with it ever, thanks. 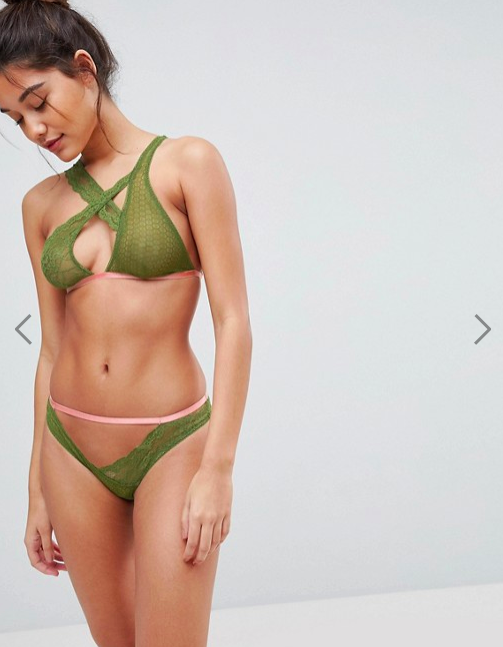 At least ASOS haven't lost the total run of themselves though.

The retailer recently announced that they were going to start stocking MAC products soon, making it even easier to buy approximately seven lipsticks when you're doing a clothes haul.

Girls With Goals || Her · Ep.160: The Beauty Of Coaching - Hayley Harrison joins us from Sport Ireland
popular
Regé-Jean Page arrives in Ireland to shoot new movie
A pink tampon disposal glove has been created - by three men...
Government wants as wide a reopening as possible in May and June
Katie Holmes shares rare photo of daughter Suri to mark her 15th birthday
We're told to stay inside to stay safe, but Jennifer Poole was killed in her own home
Someone has ranked the penis size of men from all over the world
Why Are Men so Obsessed With Boobs? The Answer is Pretty Surprising...
You may also like
5 months ago
ASOS is selling a FRIENDS advent calendar and we need it to be there for us
1 year ago
This comfy ASOS jumpsuit is ideal if you're over the novelty of wearing your pyjamas every day
1 year ago
The comfy €41 ASOS dress that's perfect if you're bored of all the loungewear options
1 year ago
The stunning ASOS dress to buy now and save for a very special occasion
1 year ago
This €35 ASOS loungewear set is about to make working from home a lot more comfortable
1 year ago
Brides, meet the ASOS dress you will either love or hate (there's no in-between here)
Next Page