Balenciaga has brought out new shoes and Twitter isn't happy

Balenciaga's Triple S range won't be released until later this month, but it's already caused quite a stir on Twitter with most people thinking.. eh wdf are these?

Always trying to be one step ahead of the fashion pack, Balenciaga knew their latest additions would be met with backlash as people are really not loving them. 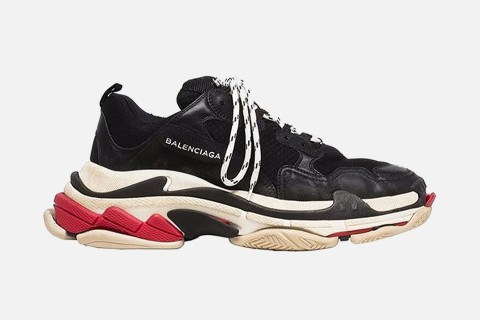 I'm torn. The Balenciaga sneakers are tough, BUT they also look like an old ass pair of shoes that my mom keeps in a box in the garage. pic.twitter.com/mUfPmRmhfR

£500 for these new Balenciaga's and they really be looking like shoes found in lost property at school pic.twitter.com/Gidb3QRWw2

These Balenciaga sneakers are the reason ugly sneakers are cool again https://t.co/pXH8n0OXUL pic.twitter.com/Z06nuYaRQa

Geography teachers must have been on a good wedge when I was in school cos they all wore these horrers https://t.co/V1foAaWpZU

Why are people paying £500 for these new Balenciaga's when you can just find them in lost property at school for £0??? pic.twitter.com/u7zuypXQaW

popular
FBI reveal that Brian Laundrie is responsible for Gabby Petito's death as they discover notebook
Actress Regina King pays tribute to her son as he dies suddenly
Lisa Fallon praised as she opens up about terrifying ordeal on Late Late
A documentary about two Irish boys who skipped school to go to New York is coming soon
People are only realising Kendall Jenner and Gigi Hadid are related and the reactions are gas
Ben Foden explains why he called Rachel Stevens "sexiest woman alive"
A clip has resurfaced of Machine Gun Kelly discussing a teenage Kendall Jenner
You may also like
3 days ago
Tributes pour in for Vogue icon Andre Leon Talley, who has passed away
3 weeks ago
10 of the best on-screen fashion moments from 2021
3 weeks ago
This simple organising trick is going to save you money, space and stress
3 weeks ago
7 quirky jewellery pieces for New Year's Eve
1 month ago
Nicola Coughlan nabs spot on Vogue's best-dressed women list
1 month ago
Not to be a Grinch, but our Christmas jumpers are causing a global eco disaster
Next Page