Check out the INSANE queues outside Victoria's Secret today

The shop has officially opened.

After months of build-up and anticipation, Victoria's Secret has finally opened its doors on Dublin's Grafton Street.

Last night we were lucky enough to get a sneak peek of the store and all we could say was WOW. Three floors of incredible bras, knickers, gym gear, soft tracksuits, slippers and cosmetics.

If you haven't seen our tour of the store yet, then you need to check it out HERE.

But today at 10am the store had its official opening and the queues were non-stop all day. With an estimated 500 people queuing at one stage, hundreds of fans of the American brand gathered to wait for their chance to get inside.

Another queue? I'm there! I wonder what secret Victoria is going to tell? So many ladies want to know.... pic.twitter.com/nphzjlnc2k

The queues wrapped around the entire side of the building as customers entered in sections. 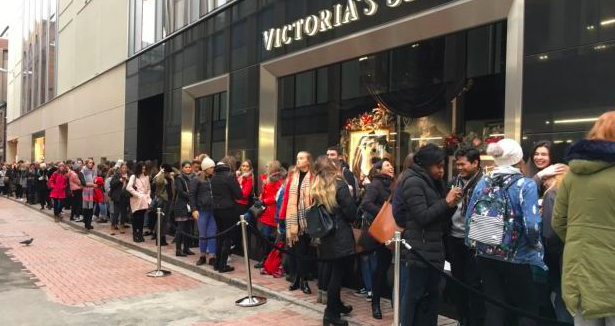 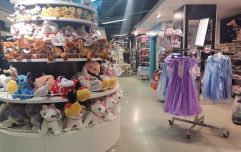 END_OF_DOCUMENT_TOKEN_TO_BE_REPLACED

The store is expected to see thousands of people through the doors in the next coming weeks as we lead up to Christmas.

With an incredibly large team of staff and five deliveries of stock each week, there is no denying this shop will be bustling for the month of December.