From the moment we saw it on Instagram we fell in love with this bag.

And now Kurt Geiger has finally restocked its rainbow coloured Kensington Bag after it completely sold out when it was first launched.

There was also a waiting list of 1,000 people who wanted to get their hands on it the minute it went back online.

Dani Dyer was one of the first celebs to wear it, and we love how she styled it with a little polka dot dress and yellow flatforms.

What a lovely morning we’ve had! Exciting ? ?

It even gets the fashion stylist seal of approval as celebrity stylist Lucas Armitage told Femail that it has reached a "cult" classic level.

He said: "Every season a surprise piece makes it to coveted levels and this summer it was the metallic rainbow chain handle beauty."

If you want to try get your hands on one of the most sought-after bags of the season, you can check it out here. It's a little bit pricey, coming in at €225, but it'll certainly be a statement piece that will be in your wardrobe for years to come. 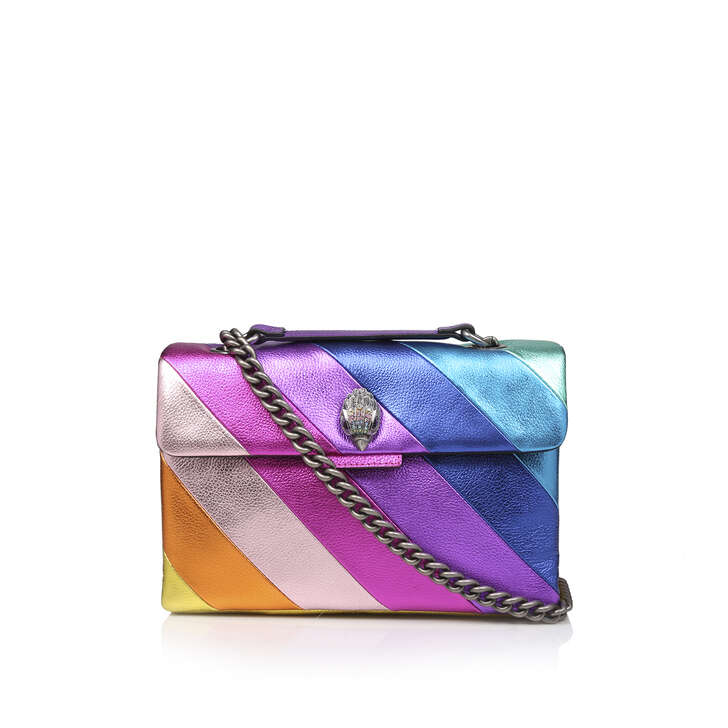 Meanwhile, Dani has some exciting days ahead as it has been confirmed she will appear on Celebrity Juice.

According to Cosmopolitan, Danny has secured a place on next week's Celebrity Juice 10th birthday special.

popular
Women are rinsing their hair in apple cider vinegar – and the results are amazing
"Hair contouring" is about to be huge, here's everything you need to know
Here are all the Instagram accounts of the stars of Netflix's Cheer
Woman hospitalised following stag attack in Co. Kerry
Worried about a loved one? Here are 5 signs of suicide to look out for
Here's what happens on every day of your menstrual cycle (roughly)
Someone has ranked the penis size of men from all over the world
You may also like
6 months ago
Dani Dyer splits from Sammy Kimmence after three year jail sentence
9 months ago
Dani Dyer's boyfriend pleads guilty to £34,000 pensioner scam
1 year ago
Love Island's Dani Dyer and boyfriend Sammy Kimmence have broken up
1 year ago
Love Island's Dani Dyer was reportedly 'upset' after finding out Jack Fincham's baby news
2 years ago
Dani Dyer admits her relationship with Jack Fincham was 'beautiful'
2 years ago
Dani Dyer's doing a free meet and greet in a Dublin Penneys this week
Next Page