Dolce & Gabbana swapped models for drones on their runway

We're officially living in the future.

It looks like Dolce & Gabbana are cutting costs when it comes to their runway shows. Yes, the design house is sticking to a new budget and it doesn’t include paying for expensive models.

OK, so maybe that wasn’t the motivation but, nonetheless, Dolce & Gabbana decided to forgo the models for the opening of this year’s showcase at Milan Fashion Week and sent drones down the runway instead. 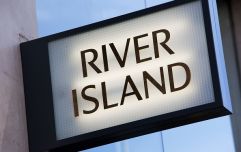 END_OF_DOCUMENT_TOKEN_TO_BE_REPLACED

Videos of the machines flying down the runway have appeared online and we were as shocked as the audience in the front row looked.

The drones opened the show by flying the labels latest collection of handbags down the runway but were nearly an hour late to start the show due to technical difficulties.

Dolce & Gabbana uses drones in place of Models on the runway to model latest handbags. ?? pic.twitter.com/Or6pmiAiSx

Apparently, the audience was interfering with the WiFi connection in the space and D&G staff had trouble getting the drones to even work. An hour later, and after asking the audience to turn off their WiFi and hotspots, the show began.

So, while it might not have gone perfectly to plan, audience members left praising the exhibition.

Drones were used on a catwalk by D&G YES that's how #technology is quietly creeping into all walks of life...The #future will be very interesting. pic.twitter.com/jafwmRo78B

However, many on social media didn't see it as a positive and shared their thoughts on Twitter, naturally.

This further proves no one is safe from being made obsolete by technology.

Lol. I think people go to the show to see people. This is like like going to a concert to see a human perform and they have an mp3 payer on stage. Humans are a key part of people going to see anything. Otherwise they'd go to the store to window shop. Failed concept.

Drones... putting models out of the gig since 2018 @dolcegabbana pic.twitter.com/p6yEOtr9eA

popular
Squid Game fans spot massive clue in Tug of War game
The First Quadrillionaire? Paypal Accidentally Gives Man $92 Quadrillion
Here Are The Top 20 Most Common Pin Codes in The World
Someone has ranked the penis size of men from all over the world
Lidl closing early this weekend to thank staff for hard work
Tributes paid to Limerick based blogger and model Patrick McLoughney
Woman Hits Out After Being Called 'Ugliest Bride Ever' On Her Wedding Photographer's Facebook Page
You may also like
3 years ago
Just gorgeous! 6 perfumes that literally smell like summer
3 years ago
Dolce & Gabbana just called Selena Gomez 'ugly' and fans are FUMING
3 years ago
Forget clothes... Dolce and Gabbana are now selling PASTA for €100
4 years ago
These €16 runners from Penneys are very like a €695 Dolce & Gabbana pair
4 years ago
Dunnes has brought out a beautiful D&G-inspired dress and it's only €50
4 years ago
Dolce & Gabbana criticised for Instagram post praising Melania Trump's dress
Next Page