Everyone's talking about Kim K's outfit at the VMAs

Kim Kardashian knows how to cause a stir.

There was this awkward moment between Rihanna and Drake and as always, Kim Kardashian's choice of outfit had everyone talking.

The reality TV star took to Twitter earlier that day to ask for help deciding on her look.

I can't decide on my VMA look! Casual chill vibes or dressy sexy? And blonde hair or dark?

OK I will take a poll, what should I wear tonight?

After posting a poll, it seems she took her fans advice opting for a "dressy sexy" look and brunette hair.

It looks like she decided to go without underwear for the sheer black number which she paired with tousled wet hair. 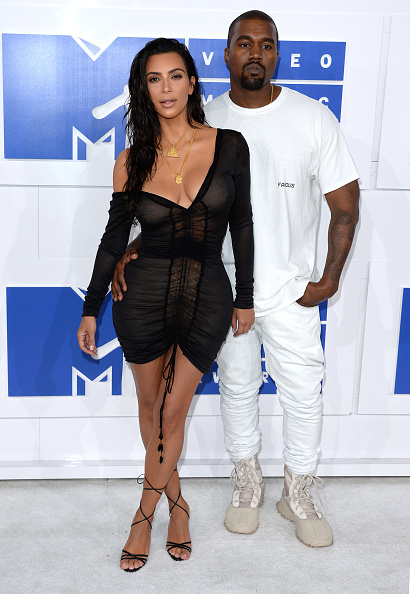 How it didn't turn to frizz (as wet hair literally always does) by the end of the night is anyone's guess.

The Twitter reaction to Kim's VMAs style was overwhelmingly positive, with most people commenting on how great she looked.

Kim @KimKardashian you should show us how your blonde+chill style would look like if it won!!! #socurious #VMAs

@KimKardashian slayed y'all lives at the #vmas ???? no competition for her wherever she stands!

@KimKardashian looking beautiful at the VMAs ????

Not gonna lie...@KimKardashian has never looked this hot!!! #VMAs2016

Girls With Goals || Her · Ep.153: Scholarship Squad - We chat to Facebook's Claire O'Hara about our Smurfit Scholarship fund.
popular
Matthew Perry's dad was a character on Friends and how did we not notice?
Someone has ranked the penis size of men from all over the world
Here's what happens on every day of your menstrual cycle (roughly)
Make your own Bernie Sanders meme in any location with this website
Here's why you may have white lumps around your eyes
James Franco Has Opened Up About His Relationship With Lana Del Rey
Kate Middleton has addressed the rumours that she's pregnant with her fourth child
You may also like
1 month ago
"I'm Irish:" Ireland's most liked tweet this year was from Paul Mescal
8 months ago
ICYMI: Twitter wasn't prepared for Stanley Tucci's cocktail class and may never recover
9 months ago
Wondering how the Gavin & Stacey crew might cope in a lockdown? Twitter has you sorted
11 months ago
Jameela Jamil has come out as queer on Twitter, and serious respect
1 year ago
Woman shares travel adaptor hack that legit has shaken us to the core
1 year ago
These were the most popular tweets in Ireland in 2019
Next Page