Fashion film about Repeal up for international award: 'It goes so much deeper than a slogan on a t-shirt'

Táine King still seems to be digesting the news that she's in the running for an international film award.

The Monaghan-born photographer, along with milliner Margaret O'Connor from Clare, last year created The Holy Ghost, a short fashion film inspired by the fight to repeal the eighth amendment.

It has has been shortlisted for an Emerging Talent award at Berlin Commercial, an international festival for 'creators of visual culture.'

"When we actually got word that we were going to featured, that was incredible but then we heard we were shortlisted, I didn’t expect that," she told us.

"You’re up against fairly massive brands, you’re talking about Prada and L’Oreal and all these brands that have huge amounts of money. It's amazing." 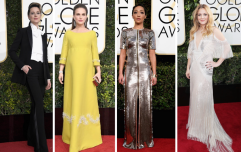 This is what everyone wore to The Golden Globes

END_OF_DOCUMENT_TOKEN_TO_BE_REPLACED

The nomination came after the film was rejected by another prominent international festival that the women submitted it to. The committee "loved it", Táine tells us, but weren't comfortable with showcasing the topic.

She fought back, but to no avail.

"I wrote them a huge email about how important it is to open up these conversations. The fashion industry in Ireland went through all that and had really open conversations [about abortion rights] and I think people can communicate [around heavy subjects] a little better now. 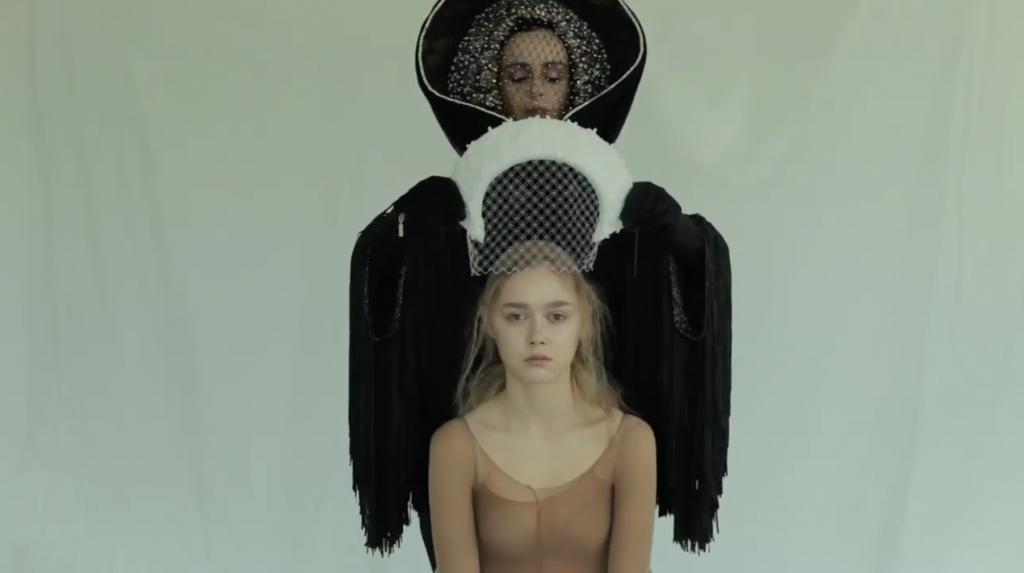 "I even said that we could come over and do a Q and A and talk about the referendum in Ireland and how it was fought and how tough it was but it was just too much." 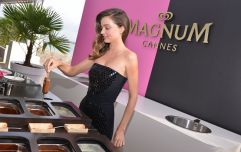 Her.ie Goes To Cannes (And Hangs Out With Miranda Kerr)

END_OF_DOCUMENT_TOKEN_TO_BE_REPLACED

The Holy Ghost came about after Táine and Margaret decided to collaborate on a project about the repeal struggle.

The film is an allegory on the idea of religion versus individual freedom. In it, a dark figure places a heavy veil on a young girl – before the girl fights back and ultimately makes her own decision.

With a milliner as one of the creatives on board, headwear naturally plays an important role in the symbolism of the film. 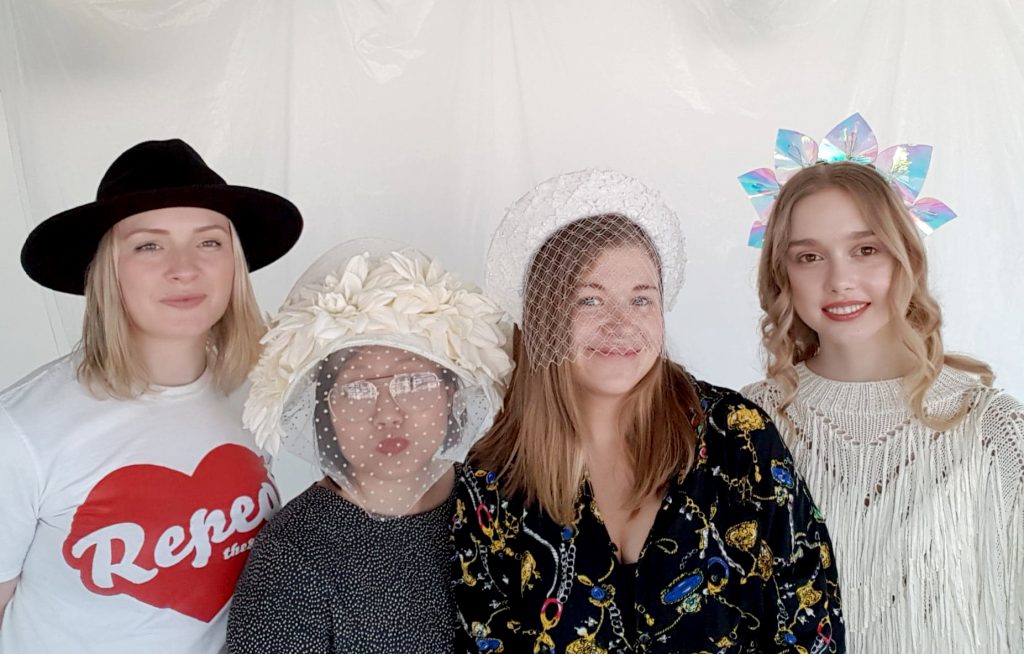 "It’s all a metaphor for the Catholic Church having such a hold [on the abortion issue] and how women have been treated in past years, with the veil of shame," says Táine.

"It’s not like we have anything against anyone being religious at all. We have family members who are quite religious but it’s just about how women were treated." 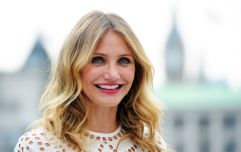 Her Look Of The Day - Cameron Diaz In Isabel Marant Étoile

END_OF_DOCUMENT_TOKEN_TO_BE_REPLACED

Looking at it, it's unsurprising that the film has resonated internationally. These are uncertain times for reproductive rights in many places around the world and The Holy Ghost hits a timely note.

Its mixing of fashion and political statement also feels particularly relevant. From actresses wearing black on the red carpet in support of the #MeToo movement to the infamous jacket bearing the slogan 'I really don't care, do you' that Melania Trump wore to visit children being held at the US border last year, there's a real sense that what we wear can speak volumes. 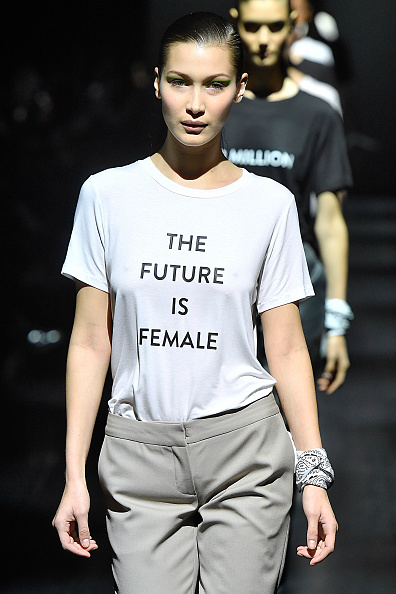 Models walking in the finale of the Prabal Gurung Fall/Winter 2017 fashion show.

We saw it here in Ireland last year during the referendum, Táine says.

"Ireland isn’t known worldwide as a fashion capital but the fact that the fashion industry in Dublin came together and everybody wore the Repeal jumpers, everybody had the Maser t-shirts; you felt safe. You’d be walking down the street and you’d see someone in the jumper and you felt it was a community."

Still, there are questions raised when social movements and the fashion industry come together. Does Táine think commercial forces getting behind causes is problematic?

Yes, she says, when mainstream fashion brands are benefitting without looking at their own relationship to the issue.

"Wearing a t-shirt with a slogan on it, that’s fine but it runs so much deeper. You have to look at it ethically. You might have 'Feminist' written on your t-shirt but was a young girl sewing that being paid five cent an hour? I think for some they're jumping on the bandwagon but I don’t think it’s authentic.

"It’s how they pitch the brand too," she continues. "Is every body type and person being represented? Some brands aren’t diverse at all but yet the’ll bring out a range of t-shirts with strong female names across them.

"I’d like to think that most people who care about women’s rights can see though all of that." 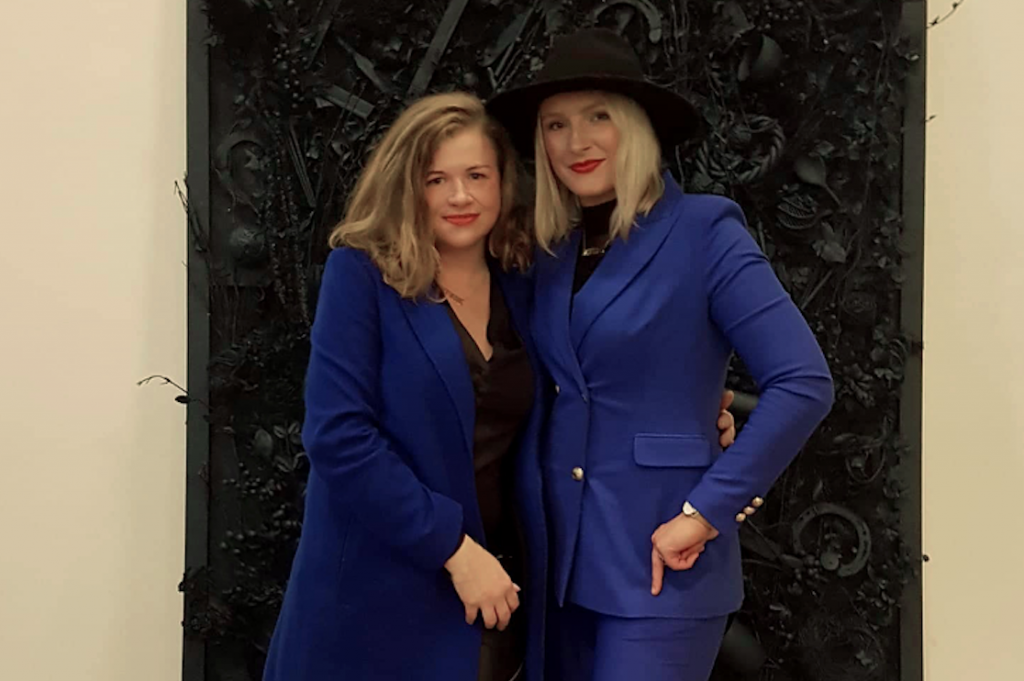 Margaret and Táine are due to set off for Berlin next week where they'll mix business with pleasure, rubbing shoulders with fellow content creators and meeting some creative agencies.

"It'll be a busy two days but I can't wait! To be representing Ireland and meeting the people involved in the festival, it's pretty amazing."

The Holy Ghost will premiere at Berlin Commercial, which takes place on 29 and 30 August.

Girls With Goals || Her · Ep.161: Feeling Peachy - Sharon Keegan of Peachylean on being an absolute BOSS!
popular
Love Island featuring show's first contestant with a disability
Love Island winner Greg O'Shea explains why he's leaving "celebrity" life behind
Meghan was right to say Archie "won't be a prince" under Prince Charles
Friends Star James Michael Tyler Files For Divorce
Friends actor James Michael Tyler battling Stage 4 cancer
Opinion: It's your wedding, you can have an 'adults only' day if you want
25 things to do when you are feeling bored – that does not involve scrolling on a screen
You may also like
1 week ago
Freaky Friday fans are losing it over this hilarious mistake no one picked up on
1 week ago
Carey Mulligan and Zoe Kazan to star in film about Weinstein scandal
2 weeks ago
Taylor Swift is returning to the big screen with some more famous faces
4 weeks ago
Kevin Spacey "to play sex abuse investigator" in first role since abuse allegations
1 month ago
Paul Mescal to star in new Irish psychological thriller
1 month ago
Seth Rogen has ‘no plans’ to work with James Franco again after sexual misconduct allegations
Next Page