It's just over two months since Amber Rose Gill was announced the winner of Love Island 2019.

The Newcastle native bagged the top prize of £50,000 alongside Greg O'Shea as the pair celebrated newfound love and fame on July 29.

And although Love Island's sole purpose was once to find love for a bunch of singletons, its platform is now what tears a lot of them apart as their hectic post-show schedule keeps them busier than any 9-5 job between travel, PAs, collaborations and sponsorship deals.

This year's winners Amber Rose Gill and Greg O'Shea are living proof of that, splitting less than a month after leaving the villa hand-in-hand.

And although their relationship didn't last the test of time, Amber told Her that she wouldn't change anything from her Love Island experience.

"No there's nothing I would change because there's no need. I had a very good experience and I hope my feelings helped some viewers."

Continuing, she revealed that it's taking time to adjust to her new life, fame and millions of followers having left the villa.

"You are jumping from one lifestyle to something completely different. It can be one extreme to another. Not that it's a bad thing, I am having the time of my life."

And having the time of her life she is, last month Amber announced two major collaborations - releasing a collection with Mispap and and working with Littlewoods Ireland to select pieces for their Topshop range.

"The chunky boots from the edit, I wear them ALL the time. Everyone needs a pair," Amber revealed as she modelled the new edit for the online retailer. 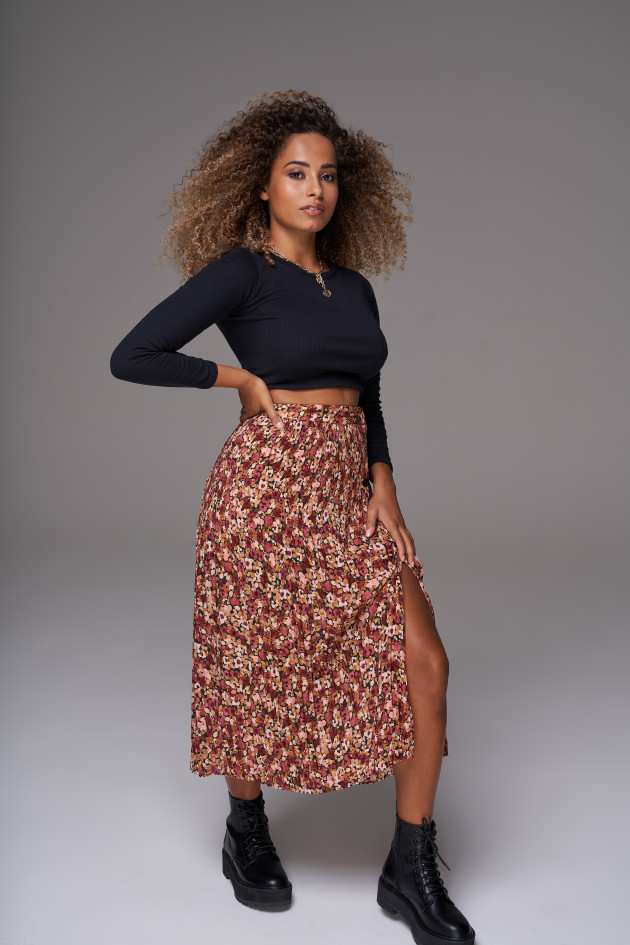 You can shop Amber's Topshop selection (including the boots) on Littlewoods Ireland here.

popular
Hilary Swank, 48, reveals she is pregnant, expecting twins
So apparently George and Mollie from Love Island aren't actually step siblings
Davide Sanclimenti opens up on having kids with Ekin-Su Cülcüloğlu as he turns down Dancing On Ice
Lush to open its biggest Irish store this winter
Angelina Jolie accuses ex-husband Brad Pitt of abuse
It looks like Ireland could get a white Christmas this year
Rebekah Vardy asks Coleen Rooney to give legal fees to charity
You may also like
2 years ago
The €52 Topshop dress that will be your new go-to on nothing to wear days
2 years ago
The €20 Topshop jumper that we're going to be living in all weekend
2 years ago
We are absolutely in LOVE with this incredible €13 dress from the Topshop sale
2 years ago
The €40 Topshop jacket we're going to be living in for the next few weeks
2 years ago
We have just found the most perfect party dress from Topshop - and it has been reduced
2 years ago
The €40 Topshop skirt you're going to see everywhere on Instagram this season
Next Page