When it came to guests at last night's BAFTAs, the royals were always going to cause a stir.

Prince William and Kate Middleton arrived on the red carpet at the Royal Albert Hall in London to huge cheers, with all eyes firmly on Kate and her outfit. 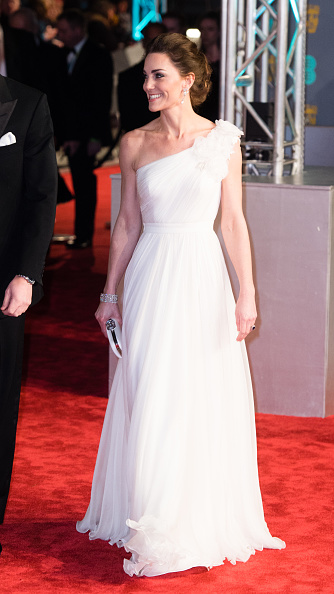 The Duchess went for an almost bridal look, donning a sweeping, one-shoulder white gown by her favourite designer Alexander McQueen.

Some speculated that the colour choice was a nod to the suffragette movement. Rachel Weisz, Mary J Blige, Letitia Wright and host Joanna Lumley also wore white to the event. 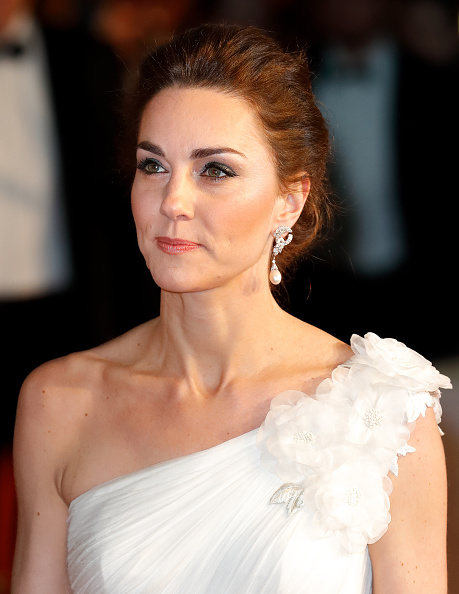 Kate wore her hair up to show off the floral detail on the shoulder of her dress and accessorised with Jimmy Choo heels and a diamond Quatrefoil bracelet loaned to her by the Queen.

Lots of royal fans paid particular attention to what were on her ears; pearl and diamond drop earrings that once belonged to her late mother-in-law. 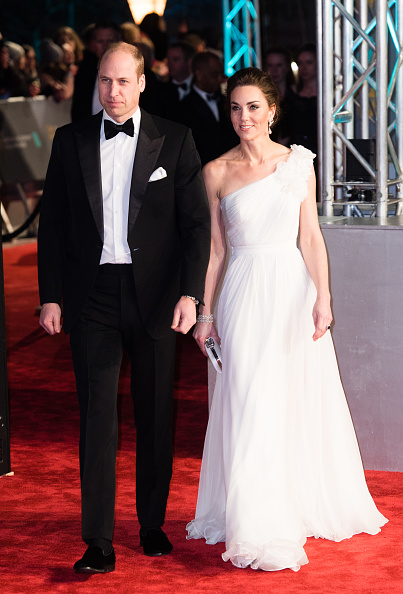 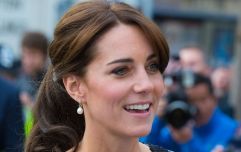 END_OF_DOCUMENT_TOKEN_TO_BE_REPLACED

Princess Diana wore the earrings to a concert at the Royal Albert Hall in 1991.

William, who is president of the British Academy, wore a simple black dinner suit and let his wife's outfit do all of the talking.

The royal couple arrived on the red carpet after the rest of the guests and jokingly apologised for keeping everyone waiting as they took their seats inside. 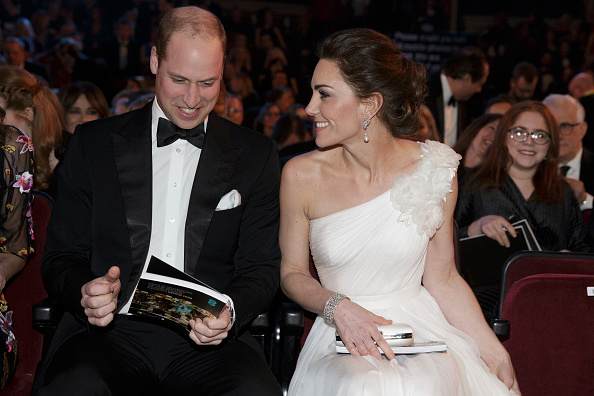 The ceremony is the biggest event in the British film calendar each year and the stand-out winner last night had a royal connection.

The Favourite, which looks at Queen Anne's relationship with two cousins, took home seven awards, with lead Olivia Coleman picking up the gong for Best Actress.