In case you haven't noticed, the accessory which was key in the 90s (remember the B*Witched girls) has made a comeback. 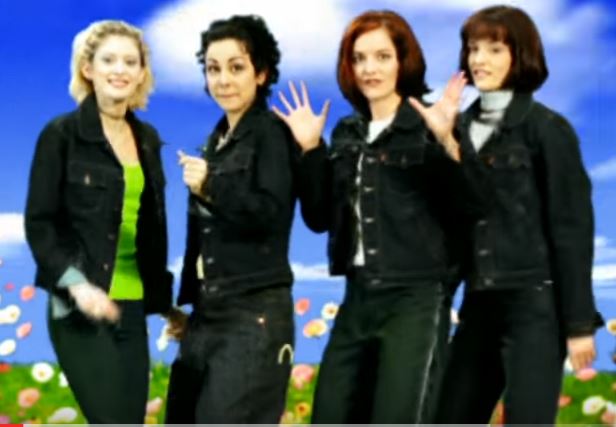 It's been creeping back for a while now alongside denim jackets and ripped jeans but now that Kim K has been spotted wearing a simple black version, it's likely to become even more popular.

We definitely prefer her version to the tight plastic one although it's probably designer and therefore costs a bomb.

Not to worry though because they're all over the high street if you're feeling some 90s vibes.

popular
It's staycation time! WIN a two-night stay and dinner in a Select Hotel of your choice
People are freaking out thinking that their star signs have changed
QUIZ: Can you guess the Disney movie from its opening line?
"I never thought it would be cancer": Stage 4 melanoma patient recalls receiving her diagnosis
Someone has ranked the penis size of men from all over the world
Stay or go? Here's what the experts are saying about travelling abroad this summer
Live news interrupted by someone's child... again!
You may also like
1 month ago
Dogs Working From Home is the Instagram account that you need to follow during lockdown
1 month ago
'I'm not posting continuous pictures of my face' Niamh Webb O'Rourke on the evolution of blogging
3 months ago
Living with synesthesia: The Irish artist who experiences colour in an entirely different way
3 months ago
'Lift our spirits': The Irish artist creating custom illustrations during the #Covid-19 pandemic
3 months ago
Chowder 'the bear dog' is the adorable ball of fluff your Friday needs
3 months ago
'We said goodbye' Iain Stirling shares emotional tribute to Caroline Flack
Next Page