Lorde lands the cover of Vogue and calls out school bullies

"That BROW is on the cover of Vogue."

Lorde just burned all the bullies who once teased her in school by calling them out alongside an incredible shot from her brand spanking new Vogue cover.

Appearing on the October issue of Vogue Australia which hits shelves September 25, Lorde bit back at her class bullies on social media by saying: "It's literally f**ked that i could be on the cover of vogue i used to get called monobrow at school that BROW IS ON COVER OF VOGUE."

This is Lorde's third time appearing on the cover of Vogue, having appeared on Teen Vogue and Vogue Australia previously before.

Yet, we think this cover could be her best yet featuring the 20-year-old in muted tones with natural hair and makeup, the singer looks radiant. 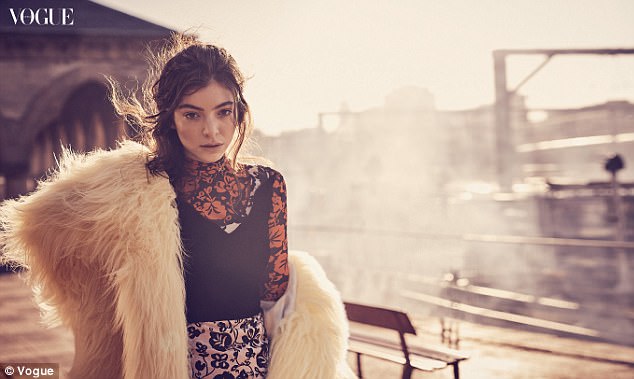 Revenge is a dish best served on the cover of Vogue. Congrats.

Things Lorde's brow did: BEING ON COVER OF VOGUE ✔

Girls With Goals || Her · Ep.161: Feeling Peachy - Sharon Keegan of Peachylean on being an absolute BOSS!
popular
Couple who can't agree on child’s name decide to each call her different things
This wedding hangover kit is going viral on TikTok
Four day working week pilot scheme launched in Ireland today
Love Island featuring show's first contestant with a disability
Bartender praised for passing note after man harassing women in bar
Irish woman tragically drowns in the south of France
The DIY frozen coffee recipe that's so delicious you'll never pay for an iced latte again
You may also like
5 days ago
Here's the story with the 'Coconut Girl' aesthetic all over TikTok this summer
1 week ago
This is why you need to add collars to your summer wardrobe
1 week ago
Balenciaga and Crocs team up to make stiletto sandals
2 weeks ago
Obsessed with your plants? Keep your eyes peeled for these accessories in Penneys
2 weeks ago
Zebra print is the go to style you need in your wardrobe this festival season
3 weeks ago
Here comes the sun! 10 sexy swimsuits that prove one-pieces are the BEST
Next Page