Huge news for the show.

Love Island is ditching its fast fashion sponsors and is opting to dress this year's contestants in second-hand clothes.

The reality show's executive producer Mike Spencer has revealed that eBay will be the fashion sponsor for the upcoming series, and the islanders will wear pre-owned clothes, rather than items from the retailer ISAWITFIRST. 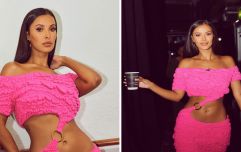 END_OF_DOCUMENT_TOKEN_TO_BE_REPLACED

ISAWITFIRST was Love Island's fashion sponsor since 2019, and before that, the contestants' outfits were provided by Misguided.

Announcing the news, Mr Spencer said: "We are thrilled to be pairing up with Ebay this year as our pre-loved fashion partner. As a show we strive to be a more eco-friendly production with more focus on ways in which we can visibly show this on screen.

"This partnership will see our Islanders get to dive into the shared wardrobes and help themselves to some incredible pre-loved clothes sourced from Ebay. We aim to inspire our demographic and show that there are incredible finds to be had and how sharing is, in some small way, caring." 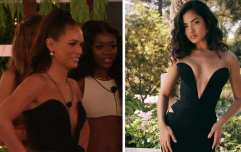 END_OF_DOCUMENT_TOKEN_TO_BE_REPLACED

The decision to partner with the second-hand platform follows new research from eBay which found that UK consumers are more conscious of the consequences of fast fashion, with a fifth of Brits admitting that they buy more second-hand items today than two years ago.

Love Island's promotion of fast fashion has long been a point of contention with its viewers, and, in some cases with its contestants.

Brett Staniland, who entered the villa last year, became the first contestant to reject the show's offer of free clothes from its sponsor, and opted to wear his own items instead.

When he came out of the villa, he used his platform to speak out against the use of fast fashion, and even staged a protest outside Molly-Mae Hague's PrettyLittleThing fashion show earlier this year.

popular
Woman spots dead husband in promo video for Indian restaurant
Redhead girl stabbed with scissors at school 'because of colour of her hair'
"I feel like I lost myself": Nathalie Lennon on her mental health struggles and her latest project with Pieta
Molly-Mae Hague fans think they officially know her baby's name – and it means cloud
Anne Hathaway shares disappointing news about The Princess Diaries 3
Where to watch 2023's ten Best Picture Oscar nominees
Gwen Stefani reportedly pregnant with baby number four
You may also like
1 day ago
Love Island first look: The Hideaway is open tonight as Ron has something to tell Lana
1 day ago
Love Island's Haris could be questioned by police after street fight video
1 day ago
Love Island fans beg for Casa Amor to come sooner as couples labeled as fake
2 days ago
Adam Collard opens up on dating life since Paige Thorne split
2 days ago
Love Island first look: The new bombshells take their pick as Ellie causes a stir
2 days ago
Love Island's Haris responds to street fight video following dumping
Next Page