Meghan Markle broke a royal fashion rule last night (but it's OK, Diana did it too)

This time next month, they'll be a happily married couple.

But for last night, they enjoyed date night. The pair attended a rather glam night at Foreign Secretary Boris Johnson's reception to champion women in the Commonwealth.

Meghan wore a 'Jackie O' black halo dress (which has completely sold out, ofc) that  had a asymmetrical neckline, and paired it with a small black Gucci clutch and high black-tie heels.

However, she did break a royal fashion rule.

Prince Harry and Ms. Markle arrive at the reception to celebrate female empowerment and are greeted by the host of the evening, the Foreign Secretary, Boris Johnson and his wife Marina Wheeler. pic.twitter.com/FagI0HLAyF

According to InStyle, etiquette experts told them that wearing black to a formal occasion is a big no-no.

The English Manners expert Alexandra Messervy said: "Generally it is thought that black is not usually worn unless in mourning, although Diana Princess of Wales did occasionally wear it for evening functions, and The Duchess of Cambridge has been known to do so.

Prince Harry and Ms. Markle speak to representatives from the @MalalaFund, @PlanGlobal, the @VarkeyFdn, and Code Camp, who are together working on the Platform for Girls Education. pic.twitter.com/qcqgeQnJVS 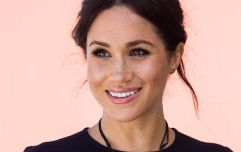 END_OF_DOCUMENT_TOKEN_TO_BE_REPLACED

"I note that there was a bit of an outcry recently when Ms. Markle wore black for a daytime event, but in the modern age I don’t think that it is ‘frowned’ upon so much at all, and indeed funeral codes often state 'colours/no black."

But Harry's mam, Princess Diana also broke the rule back in the day when she wore a black strapless taffeta gown by Elizabeth and David Emanuel, at a black tie event at Goldsmith’s Hall in aid of the Royal Opera House development appeal.

In the latest edition of Diana: Her True Story — In Her Own Words, she said: “I remember my first engagement so well. So excited. I got this black dress from the Emanuels and I thought it was OK because girls my age wore this dress.

“I hadn’t appreciated that I was now seen as a royal lady, although I’d only got a ring on my finger as opposed to two rings.

“I remember walking into my husband-to-be’s study, and him saying: ‘You’re not going in that dress, are you?’” 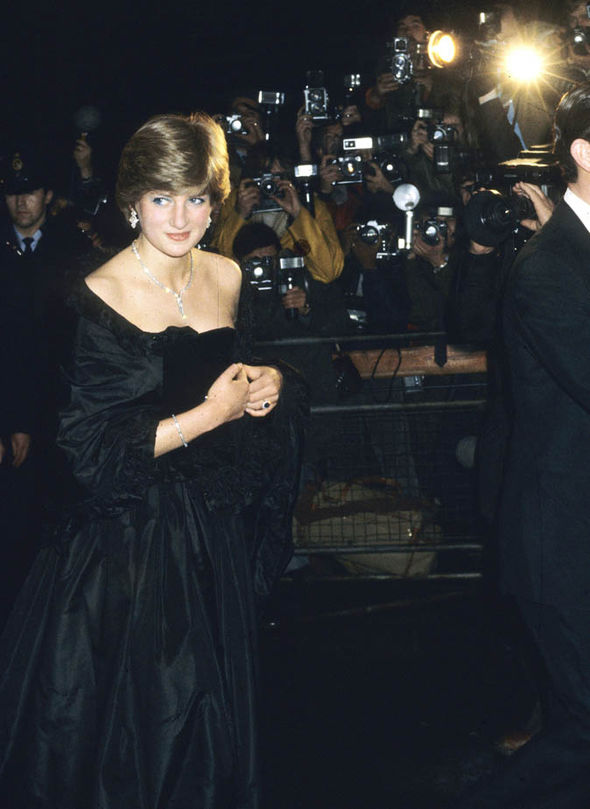 We're sure Harry had no problem with Meghan wearing black.

Girls With Goals || Her · Ep.153: Scholarship Squad - We chat to Facebook's Claire O'Hara about our Smurfit Scholarship fund.
popular
Matthew Perry's dad was a character on Friends and how did we not notice?
Irish people urged to send a hug to loved ones on National Hugging Day in aid of Ronald McDonald House
Robbie Williams "fairly sick" with Covid while holidaying in Caribbean
Gwyneth Paltrow's vagina candle "explodes" in woman’s living room causing fire
Gilmore Girls star says he didn't storm the Capitol, praises those who did
Seven Things You May Not Have Known About... Garth Brooks
Here's what happens on every day of your menstrual cycle (roughly)
You may also like
1 month ago
"It took me years to be able to talk about it:" Giovanna Fletcher discusses early miscarriage
1 month ago
Royal family "concerned" that Meghan kept secret diary during time in UK
1 month ago
Prince Harry 'supported by William and Charles' after wife Meghan's miscarriage
4 months ago
"Content that informs": What can we expect from Meghan and Harry's Netflix deal?
4 months ago
Prince Harry and Meghan Markle sign multiyear deal with Netflix
5 months ago
We now know what Meghan Markle wore on her first date with Prince Harry
Next Page