Sinéad Burke will appear on her first British Vogue cover next month - all thanks to Meghan Markle.

Meghan is guest editor of the magazine for its September issue, it was confirmed last night.

Writer and advocate Sinéad, who hails from Ireland, was chosen as one of 15 women to be on the cover.

On it, she poses in a custom trench dress by Burberry.

"I’ve been collecting the September issue of Vogue for as long as I can remember," she wrote on Instagram last night.

"They were my gateway into a world that I (at the time) couldn’t visualise myself within.

"Those September issues still line my bookcases at home and now, I’ll get to add one more to that collection - one with me on the cover and many other womxn I respect, admire and am inspired by."

Meghan and Sinéad first met in 2018 during Meghan and Harry's royal visit to Ireland.

Actress Jameela Jamil, New Zealand Prime Minister Jacinda Ardern and environmental activist Greta Thunberg are among the other women featured on the cover. 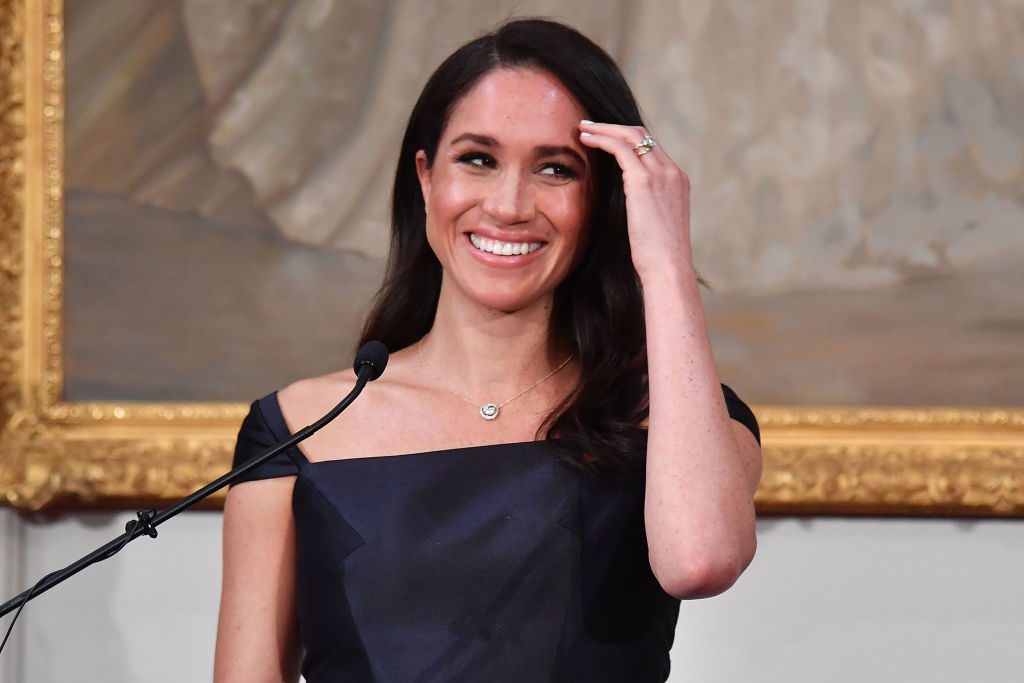 Last night the royal family announced that Meghan had guest edited the September issue, which she named 'Forces for Change'.

She spent seven months working with editor Edward Enniful to curate it.

"For the cover, The Duchess chose a diverse selection of women from all walks of life, each driving impact and raising the bar for equality, kindness, justice and open mindedness," read the announcement on the Sussex's Instagram.

"The sixteenth space on the cover, a mirror, was included so that when you hold the issue in your hands, you see yourself as part of this collective."

The issue, set to hit shelves on 2 August, will feature a conversation between Meghan and former US First Lady Michelle Obama and an interview with ethologist Dr Jane Goodall by Prince Harry.

popular
Someone has ranked the penis size of men from all over the world
Reindeer ornament includes penis, people excited by this
Kourtney Kardashian and Scott Disick are officially back together
Here's what happens on every day of your menstrual cycle (roughly)
Boyzone's Keith Duffy set to for the next I'm a Celeb Get Me Out of Here
Why Are Men so Obsessed With Boobs? The Answer is Pretty Surprising...
Matthew McConaughey has been swooning over his wife again, and same
You may also like
1 month ago
"Content that informs": What can we expect from Meghan and Harry's Netflix deal?
1 month ago
Prince Harry and Meghan Markle sign multiyear deal with Netflix
2 months ago
We now know what Meghan Markle wore on her first date with Prince Harry
4 months ago
Meghan Markle gave a powerful graduation speech to her old high school's students about the current US protests
5 months ago
The 'romantic' gifts Meghan Markle and Prince Harry exchanged for their second wedding anniversary
5 months ago
If this video of Meghan reading to baby Archie doesn't cheer you up, you're clearly dead inside
Next Page