Who is Monica Rose? 6 things to know about the stylist the Kardashians have allegedly dropped

The news broke over the weekend that members of the Kardashian clan have allegedly split from their long-term stylist Monica Rose.

People reported that Kim, Khloe and co are no longer working with the stylist and noted that they no longer follow her on Instagram. Ouch.

Though she stayed out of the limelight, Rose has arguably been one of the biggest style influencers of the past decade by dressing reality TV's first family. 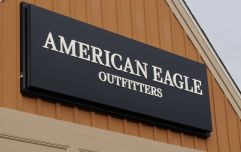 END_OF_DOCUMENT_TOKEN_TO_BE_REPLACED

Here's everything you need to know about Monica Rose.

1. She got her start in retail.

Rose had no 'official' styling training. She made the jump to styling people one-on-one before the era or social media and eventually got into editorial work. She had her big break when she met Kim on a shoot in 2007.

"I had to learn everything on my own, so I networked, I met photographers, and I did a lot of jobs for free at the beginning of my career," she told Cosmopolitan. 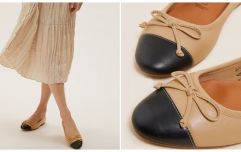 END_OF_DOCUMENT_TOKEN_TO_BE_REPLACED

2.You might not recognise her, but you'll be familiar with her look.

Monica Rose played a big part in creating the definitive celebrity street style look that has saturated the web in recent years. As Harper's Bazaar put it last year; "You can't scan a fashion website, Instagram or even Snapchat without seeing Monica Rose's work."

The trademark monochromatic/nude/ body con/ duster coat/ crop top/ athleisure look that the Kardashian-Jenners have popularised is Rose's work. Whether you admire the aesthetic or not, she's overseen the her clients' style transformation from tacky TV stars to bonafide fashion icons. 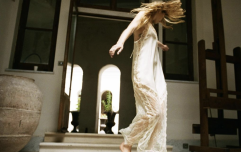 Zara has officially launched its first ever bridal collection

END_OF_DOCUMENT_TOKEN_TO_BE_REPLACED

Though the Kardashians are known for their luxury look, Rose keeps an eye on the high street as well as designer catwalks when it comes to style inspiration.

"I love to mix high and low— it makes everything look more effortless and you're not trying too hard. I mix Topshop, American Apparel, Zara and H&M on my clients all the time," she said.

4.She dressed Khloe when other stylists wouldn't work with her.

Khloe's knockout figure inspired her to write a book on health and fitness, but in the early days of Keeping Up With The Kardashians, she was dubbed 'the big one' and had trouble getting a stylist.

Denim on denim w my beautiful @khloekardashian ?#SecretShoot | Hair @justinemarjan | Makeup @styledbyhrush #STYLEDbyMonicaRose Be sure to tune into E! Tonight for the season premiere of #KUWTK season 13 #SundayFunday ??

"At my fattest, Monica would always come with racks of clothes and make me feel special," said Khloe.

"She never told me, ‘Oh, they don’t have that in your size.’ Other people actually said, ‘I just can’t work with you’– because I was too big. That always hurt my feelings, of course."

5.It's not just the Kardashian-Jenners that Rose styles

Other famous clients include Gigi Hadid (friend of Kendall), Chrissy Teigen (friend of Kim) and models Cara Delevingne, Chanel Iman and Kaia Gerber. There's no word yet on whether these stars will continue to work with Rose.

Page Six is reporting that Rose has hired a legal rep "to keep some of the wilder scuttlebutt out of the headlines".

We're saying watch this space - nothing this family does stays under the radar for too long.

Girls With Goals || Her · Ep.161: Feeling Peachy - Sharon Keegan of Peachylean on being an absolute BOSS!
popular
Emilia Clarke is set to be the next Marvel superhero
Jennifer Lopez just shared a steamy snap of herself and Ben Affleck – and WOW
Bride dislocates her leg during her first dance in viral clip
Sunburned? Eating these 5 foods will help your skin heal from within
Jennifer Lopez and Ben Affleck just became Instagram official
The sad reason why viral gymnast, Katelyn Ohashi, isn't on the USA Olympic team
Here's what happens on every day of your menstrual cycle (roughly)
You may also like
5 days ago
Holly Willoughby's "favourite" sold out floral dress is back in stock in M&S
1 week ago
You can now buy a replica of Jennifer Garner's dress from 13 Going on 30
1 week ago
Dresses not your thing? Here's our picks for the best shorts this summer
1 week ago
7 of our fav pieces from the new size inclusive PLT swimwear collection
2 weeks ago
Love Island fashion - what have the girls been wearing this week?
2 weeks ago
The Her 'Best Dressed' competition at the Galway Races is back... virtually!
Next Page