Penneys has launched a new Baby Yoda collection - and not going to lie, we want it

When Baby Yoda hit our screens, many a meme was born.

At the end of last year, Baby Yoda became an Internet sensation. He kinda popped up out of nowhere but all the gifs and memes made him instantly recognisable - and hilarious.

So much so, that in the beginning nobody really knew where Baby Yoda came from. 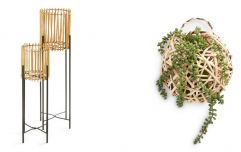 Obsessed with your plants? Keep your eyes peeled for these accessories in Penneys

END_OF_DOCUMENT_TOKEN_TO_BE_REPLACED

It turns out that he's from the new Disney+ show, Star Wars: The Mandalorian (and yes, we want to start watching the show now, too).

It turns out Baby Yoda is actually 50-years-old in the series, but he's only at the beginning of his 900-year lifespan which explains why he's so childish-looking.

If you love your Baby Yoda memes then you're in luck because Penneys has just launched a collection. The unlucky news, though? It's seems to be only for kids.

The retailer's Instagram page shared a photo of two new tops including the galactical creature, with one featuring a lone picture of Yoda and the second featuring a picture along with the writing "The force is strong with this child."

END_OF_DOCUMENT_TOKEN_TO_BE_REPLACED

The t-shirts are unisex so if you have a son, daughter, niece, nephew, sister, brother or random kid around the block that would like one, you can buy them in Penneys stores nationwide.

The t-shirts come in at €7 which is pretty affordable... and we're not going to lie, we might even try squeeze into one ourselves.

Girls With Goals || Her · Ep.161: Feeling Peachy - Sharon Keegan of Peachylean on being an absolute BOSS!
popular
Couple who can't agree on child’s name decide to each call her different things
Four day working week pilot scheme launched in Ireland today
Love Island featuring show's first contestant with a disability
This wedding hangover kit is going viral on TikTok
Irish woman tragically drowns in the south of France
Bartender praised for passing note after man harassing women in bar
Palace source says THIS incident on the tour of Australia upset Meghan's staff
You may also like
1 month ago
The perfect-all-summer €17 dress to keep your eyes peeled for in Penneys on Monday
1 month ago
You can now buy period underwear in Penneys for €7
1 month ago
Irish woman pretends to work in Penneys to shop without appointment
1 month ago
Penneys issues statement after shoppers try to sell appointments for €100
1 month ago
People are selling their Penneys appointments
1 month ago
The countdown is on! 10 things we'll be racing to Penneys for when they open
Next Page