With all that's been going on in the royal family in the past few months, you'd be forgiven for forgetting all about Pippa Middleton.

While Meghan has been getting increasingly pregnant and Kate has supposedly been feuding with her, Pippa has been focusing on new motherhood out of the spotlight.

She welcomed her first baby, a boy named Arthur, with husband James Matthews four months ago but made her return to public life last night. 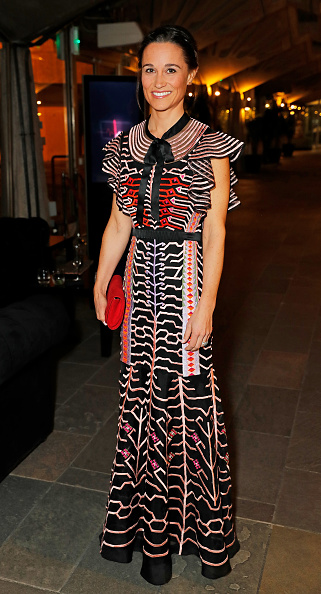 Pippa attended the British Heart Foundation Gala in London last night in a dress by Temperley.

It was a pretty busy number - a pussy bow neck tie, ruffled cap sleeves and a eye-catching  pattern - but the new mum more than pulled it off.

She wore her hair pulled back in milkmaid braids and kept her accessories simple - just a plain red clutch and small gold earrings.

Pippa is an ambassador for the British Heart Foundation and gave a speech at the event, saying the role was one of the most rewarding things she's ever done. 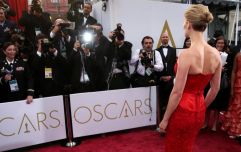 END_OF_DOCUMENT_TOKEN_TO_BE_REPLACED

The gala was Pippa's first official public appearance since becoming a mum.

She took several months off and spent some time in St Barths in the Caribbean over Christmas and New Year's.

She, James and baby Arthur were joined by her brother James Middleton and his girlfriend Alize Thevene and her brother-in-law Spencer Matthews, his wife Vogue Williams and their son Theodore.

popular
Dublin TikTok house deny staging dance with couple having sex behind them
WATCH: Zara shopper left mortified over embarrassing trouser gaffe
Woman in court in connection with the identifying of boy found guilty of Ana Kriégel on social media
Here's what happens on every day of your menstrual cycle (roughly)
Someone has ranked the penis size of men from all over the world
Gardaí investigating after body of woman and infant boy found in Dublin
Jessie J confirms split from Channing Tatum
You may also like
19 hours ago
Jessie J confirms split from Channing Tatum
19 hours ago
Glenda Gilson welcomes second child with husband Rob
1 day ago
John Travolta's nephew, Sam Travolta, passes away aged 52
2 days ago
Hollywood actor Jeff Bridges diagnosed with lymphoma
1 week ago
Two and a Half Men star Conchata Ferrell dies, aged 77
1 week ago
The Wanted's Tom Parker diagnosed with terminal brain tumour
Next Page