Redecorating? Habitat has highlighted the 7 most popular living room trends over the decades for some inspo

We think it's time for a revamp.

Having been stuck inside our own four walls for the last few months, we ended up getting a little bit bored of the place. If you're the same as us and you're thinking, with the shops opening back up, that now is the perfect time to start redecorating, you may want a little bit of inspiration.

Habitat must have been on our same wavelength because they just came out with a study showing the biggest living-room trends over the decades, starting in the 1960s.

It's kind of crazy to look at how fashions change over the years. And they have changed a LOT. We don't hate all of it though - we've been having a little look at the pics and we're thinking there are some vintage-style pieces that are certainly worth bringing back. And then others that really, really aren't.

Starting with the 60s: 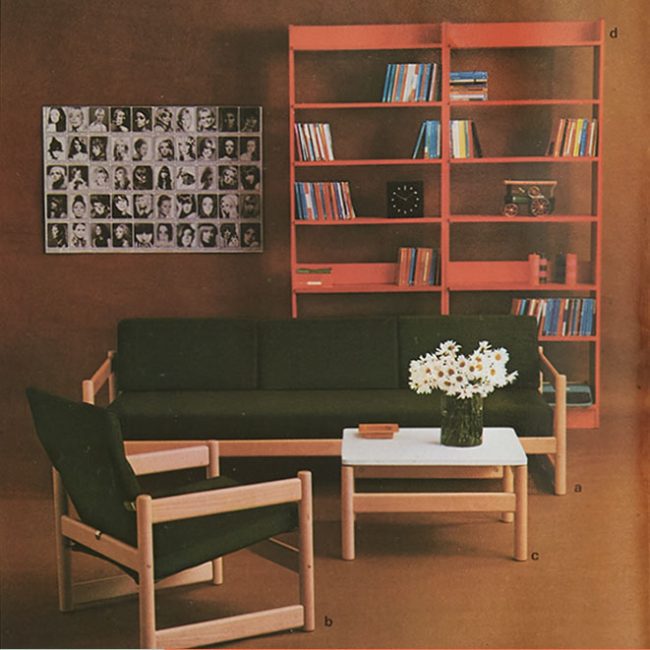 Well, everything all looked a bit square, didn't it? According to Habitat, the 60s saw the birth of the flatpack living room. Designers also started experimenting with new materials like plastics so more vibrant colours started to work their way into the rooms. This was the era when the paper lampshade became popular. Those were fun. 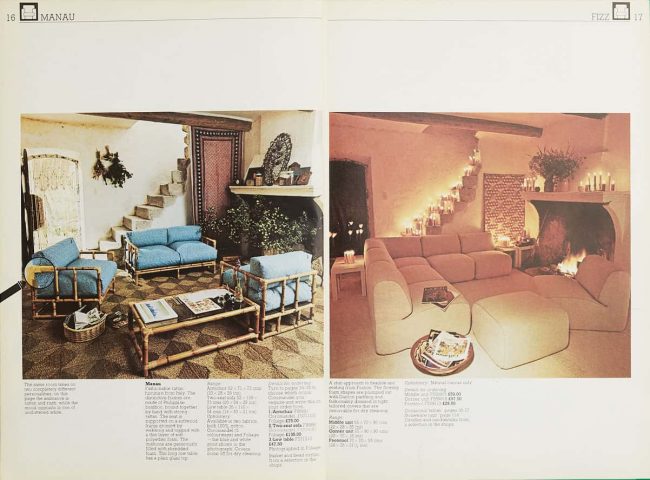 Now this is more like it. A bit bright, sure, but people in the 70s clearly cared about their comfort - they had their priorities in order. The study states that bolder colours and more exciting shapes were coming into fashion, with patterns beginning to weave into the colour schemes. Apparently the 70s saw a big influx of rugs with Scandi styles on them but, more importantly, this is when the bean bag had its big moment. They were so popular in the 70s that they became accepted as an alternative to traditional furniture. We need more beanbags in our lives even now. 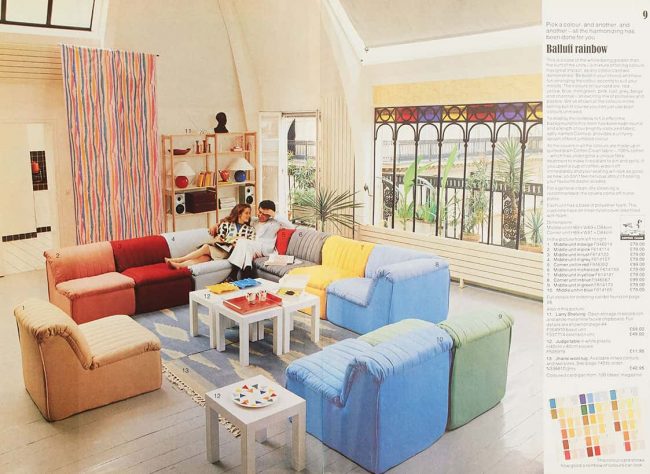 So that is... colourful. We didn't need the study to tell us that this was a most colourful decade. It was a time of self-expression - obviously people in the 80s were extra dramatic. We are liking the shelving those. Those are some nice shelves. 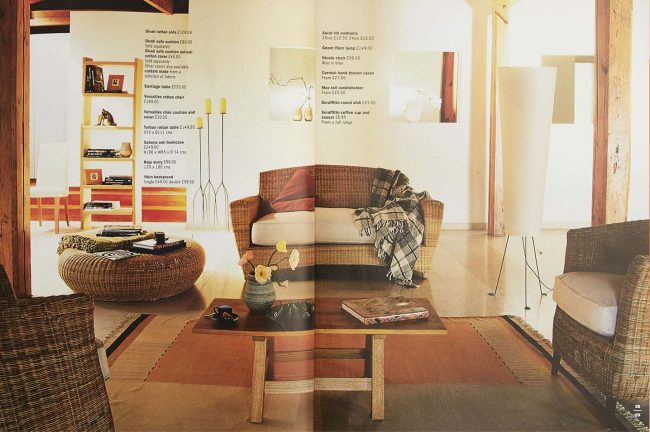 Ah, we don't mind that at all now. It's for sure a lot of wicker all in one place but there are plenty of bits and pieces in the picture that we wouldn't mind getting our hands on. It seems that the 90s were when modern floor lamps came into fashion. Good to know. 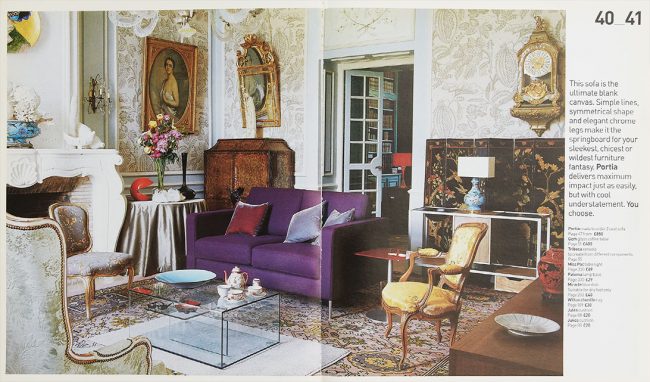 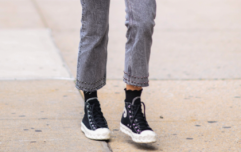 END_OF_DOCUMENT_TOKEN_TO_BE_REPLACED

Were places really that cluttered and clashing back in the 00s? If so, then we've clearly blocked it out. Habitat explains that, with pop culture on the rise, people started to want homes with futuristic and modern style feature pieces. Eclecticism was also popular so people were mixing and matching different branded products, antiques, and modern pieces. Well, if that's your thing... 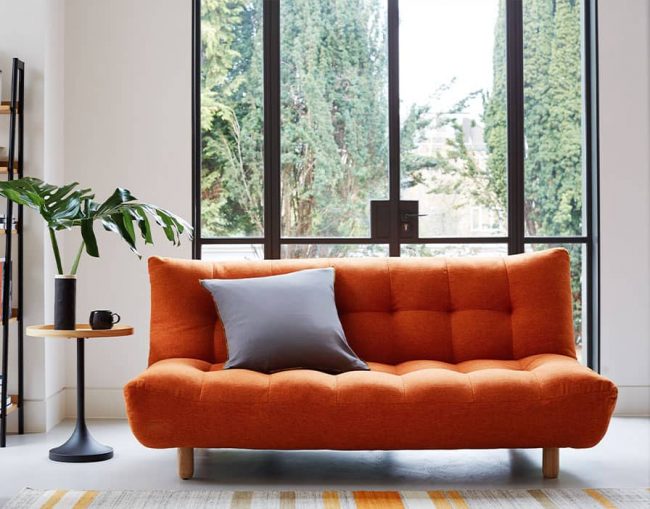 They're quite nice but they are a bit loud. Apparently, the 10s was the time for brightly coloured sofas and chairs to be paired with neutral cushions. This was also the era of decluttering - people were all about making the most of limited space and getting rid of any extra possessions. Adding storage furniture was a great way to avoid mess within the home.

And, finally, full circle back to the new 20s: 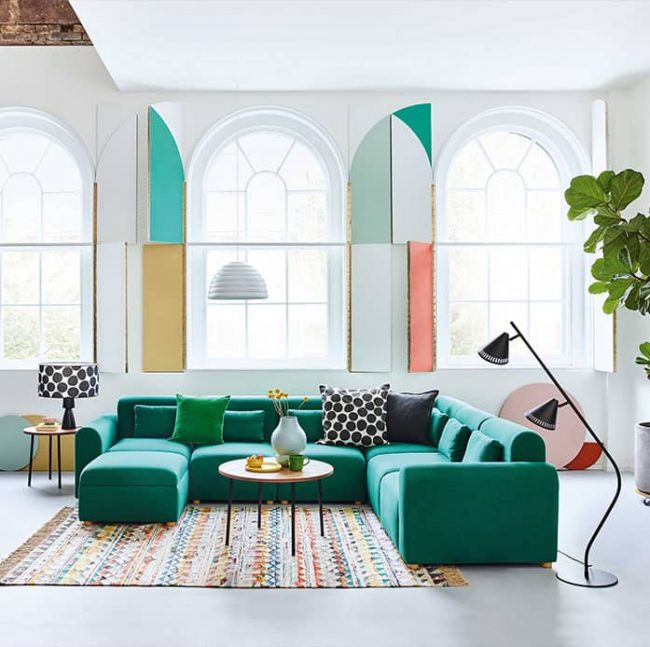 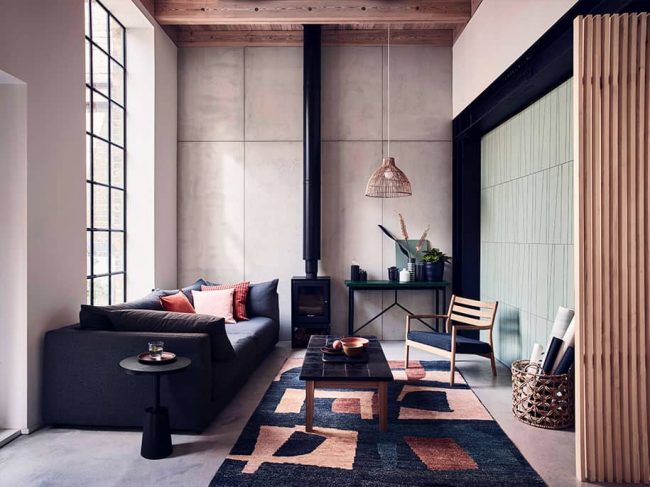 Well, we guess we really are people of our time because these living rooms seem pretty lovely to us. We're loving the massive green sofa. It looks like the expectation for 2020 is that people will embrace segmented rooms and create a space that feels engaging for one purpose. Things are also starting to move towards more eco-friendly options.

It's kind of crazy to see just how much living styles have changed of over the years. We love it though. If you want to check out the full study with Habitat and take a look at some more pictures of rooms styles through the decades, just head over to their website.

They also have a "shop the look" section where you can buy items that are similar to the items in the living room pictures. So if something does strike your fancy you can pick it right up. Sounds pretty good to us.

popular
Yoda’s Design Was Based On One Of The Greatest Minds Of All Time
Aldi is selling a €20 coffee machine that's designed to "Brew and Go"
Corrie hit with Ofcom complaints after face masks removed in hospital scene
Yellow rainfall weather warning issued for seven counties
'Beard-baiting' is now apparently a dating trend - and we're all for it
There’s A Way To Rescue Your Favourite Snapchat Filters
Life has changed a lot in 6 months but this Irish ad puts everything into perspective
You may also like
4 days ago
"Like botox, but without needles" – I tested Gua Sha, and the results were impressive
2 weeks ago
10 on-trend pieces from & Other Stories that'll complete your entire autumn-winter wardrobe
2 weeks ago
5 red pieces from Penneys we need for our autumnal wardrobe
3 weeks ago
Cosy and traditional: We have a sneak peek at what's coming to Ikea next month
3 weeks ago
The top 4 times Hailey Bieber rocked an oversized jacket
4 weeks ago
Hang onto that summer glow: 5 clean beauty buys I am obsessed with now
Next Page