That Richard Quinn is a design genius is not up for debate.

The London designer, whose parents hail from Meath and Donegal, has gone from student to superstar in just a couple of years. After winning the inaugural Queen Elizabeth II award for British design for his autumn 2018 collection – with the Queen herself sitting next to fashion monarch Anna Wintour in his front row – Richard has dressed everyone from Beyoncé to Winnie Harlow, Lily Aldridge and Amal Clooney.

He's the man who took sweet and boring florals and gave them a cool new edge (his models with faces covered by floral scarves and helmets are creepy/beautiful), something which all of our high street favourites were pretty quick to cop on to. 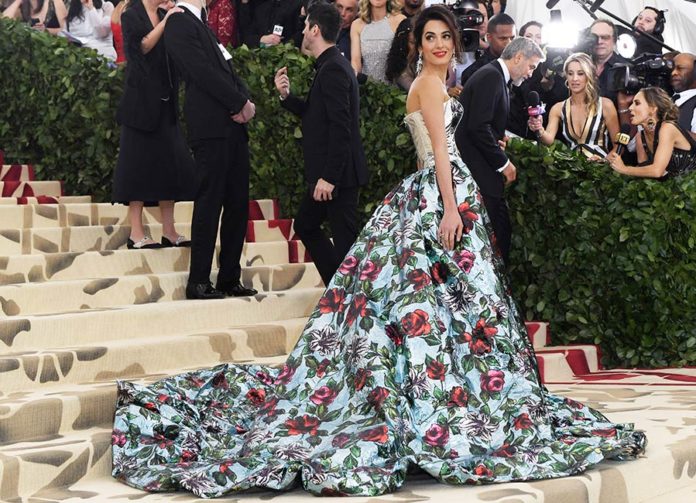 However, whether we'll see a demand for dupes of Richard's latest creation is the source of some debate in the office.

Richard's latest collaboration with Moncler has just been released, and predictably features lots of loud florals  and animal prints. The 'Mary' puffa jacket, which comes in leopard and tropical prints, is straight up lust-worthy (but obviously we'd need a Euromillions win to afford the €1,665 price tag).

The matching leggings, however, are another story. 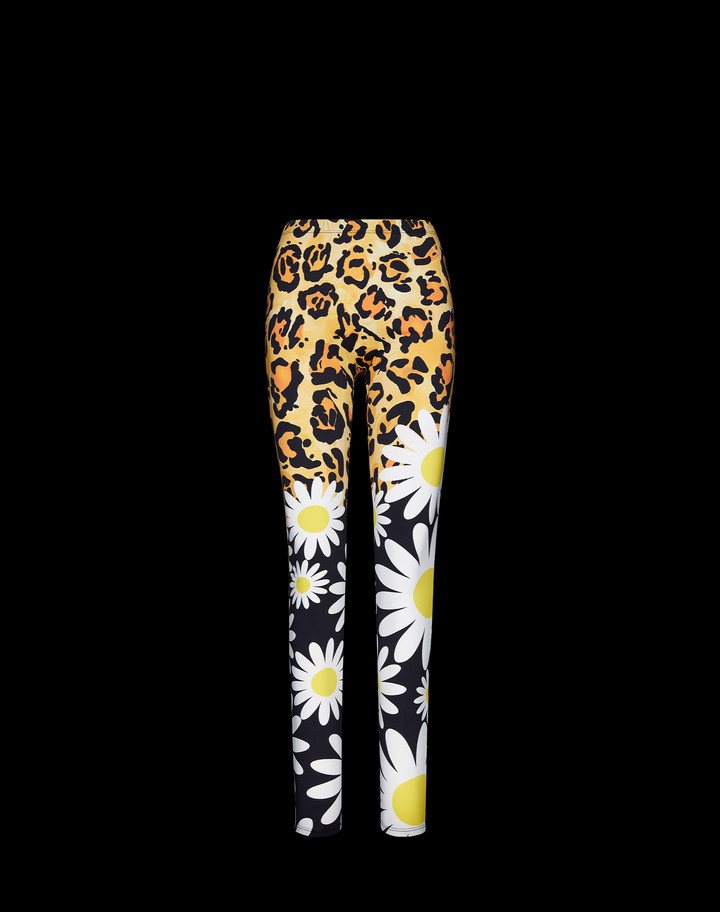 Made from spandex, they begin at the waistband in leopard print, which mid-thigh transforms into a seriously large daisy print. They cost €550 a pair. Oh and they are dry clean only.

Is there a demand for a jungle meets Woodstock vibe? Are they genius or hideous? Would anyone in their right minds actually wear them? Here's what the Her team had to say...

Would I wear them? Maybe to bed. In Kildare, we'd describe them as 'hickey'.

I’d deffo give them a go if he hooked me up! Clashing prints being in and all that jazz. Some of his stuff is pretty wacky and wonderful – music video worthy.

So confused as to why he picked those two prints.

Richard is a proper trend-setter. I guarantee that we'll see high street knock off of these everywhere by next festival season.

To be honest, the most alarming thing for me is that they look like a mix of black and navy.


popular
'That’s the most honest answer': Skeet Ulrich reveals why he is leaving Riverdale
Wiz Khalifa confirms he has a new girlfriend... and you definitely know her
Debby Ryan got married and her dress was absolutely stunning
So, William and Harry have a step sister... and who knew?
Gwen Stefani reportedly pregnant with baby number four
Someone has ranked the penis size of men from all over the world
Eight Of The Best Films And Documentaries On 9/11
You may also like
1 week ago
Three Zara summer dresses we want in our wardrobes for when the world reopens
2 weeks ago
Tommy Hilfiger lounge wear that makes staying at home seriously stylish
1 month ago
New app hopes to help small Irish fashion retailers 'thrive' during #Covid-19
1 month ago
The flattering €44 ASOS dress that's about to become your new best friend
1 month ago
10 summmer dresses we are ordering this week to cheer ourselves up
1 month ago
WIN a hoodie bundle from GYM+COFFEE to keep your workouts looking fab
Next Page