From the second that the 25-year-old actor stepped out of her car and onto the red carpet critics were divided.

The Gucci dress features a black satin top with a deep V reaching to the waist, where it flares into a dramatic peplum lined with cream silk. Beneath that sits a brushed satin skirt with a textured finish in a clashing lilac shade. The pastel skirt was lined underneath in black, billowing out into a massive train.

The lilac colour was echoed in Saoirse's eyeshadow. She kept her hair swept back, secured by Gucci clips, to show off her new short fringe. 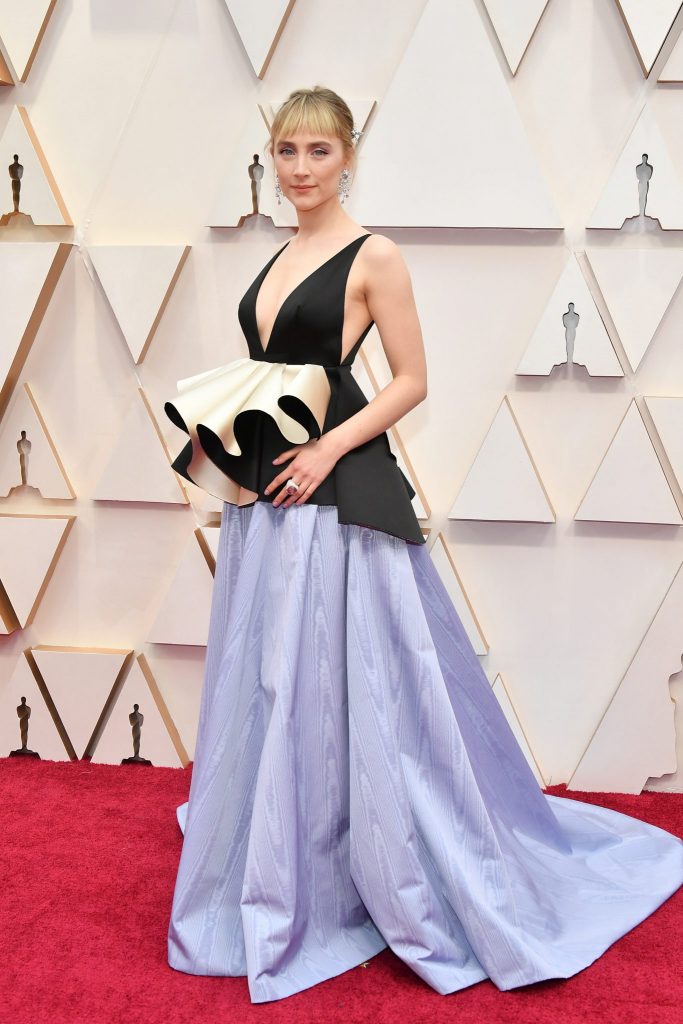 Speaking to Ryan Seacrest on E! News, the Little Women star said that it was a real honour to play a role as iconic as Jo March. She also said that she had grabbed the chance to be part of strong female ensemble.

E! News also revealed that the top of Saoirse's dress was made from the same roll of fabric as her BAFTAs dress, which was a nod to sustainability devised by the Irish star and her stylist. 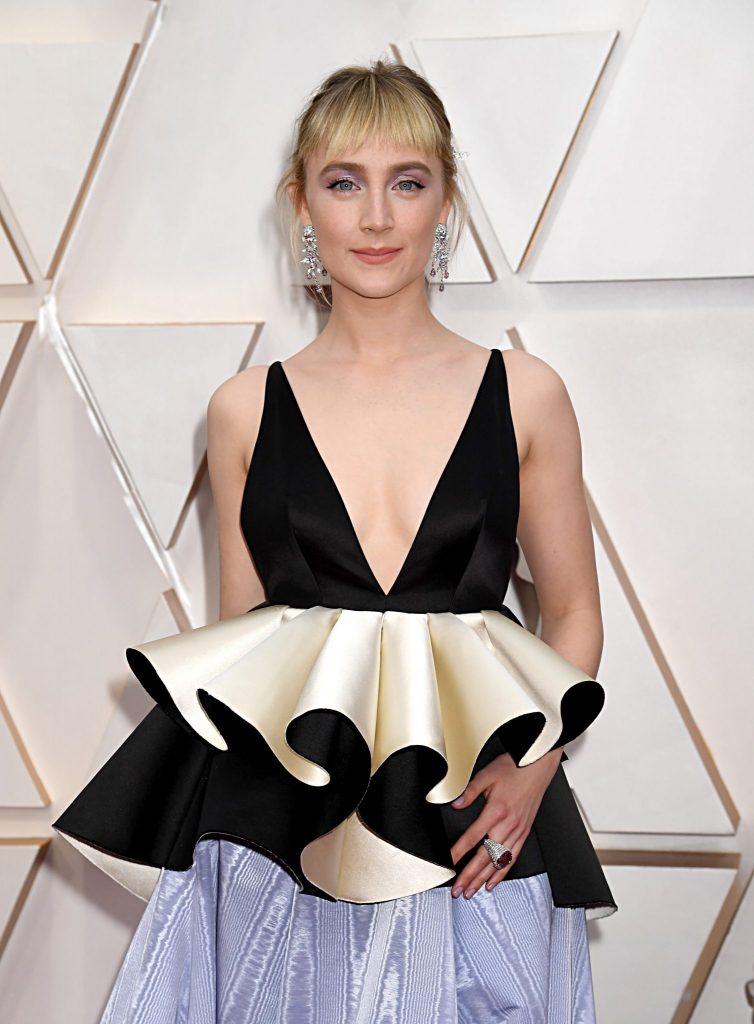 The reaction to Saoirse's look was mixed, with some critics hailing it as her best ever look and others saying that it was a fashion miss.

Another top half that I LOVE but not a fan of the bottom half. Saoirse Ronan has been winning the award season carpets though. pic.twitter.com/EKFznYEtRW

For most, it appeared that it was a game of two halves – with people loving the sleek top of the dress but not being as enamoured by the rough skirt and clashing colours.

What do you think of Saoirse's red carpet look? Tweet @herdotie and let us know!


popular
This STUNNING €40 Zara dress is all you need to update your wardrobe for summer
The largest family in Britain have welcomed baby number 22
Don't drink and distance? Why now might be the time to give-up alcohol rather than leaning into it
'Highly recommend' New Netflix series Unorthodox is receiving rave reviews
The €13 Zara top that comes in four colours will become the most-worn item in your wardrobe
Are the IT GALZ up on their sexual health knowledge? We tested them to find out
#Covid-19: P!nk and three-year-old son 'really sick' with coronavirus
You may also like
2 weeks ago
The stunning ASOS dress to buy now and save for a very special occasion
2 weeks ago
The €30 Zara skirt that screams spring is the perfect buy now, wear later piece
2 weeks ago
This €35 ASOS loungewear set is about to make working from home a lot more comfortable
2 weeks ago
Doing a lot of online shopping right now? An Post says it will keep deliveries coming
3 weeks ago
These Zara joggers are seriously comfy and they have just been reduced to €16
3 weeks ago
The €40 Zara top that looks ten times the price is your new wardrobe BFF
Next Page