The journalist has opened up about her invitation to the Met Ball, and being the first ever little person in attendance at the iconic New York museum this week.

“For as long as I can remember, attending the Met Gala has been a dream and an objective of mine”

Just before she walked on the famous pink carpet,  she took a moment to reflect and wrote a piece for Vogue about this special moment for her.

Sinéad, who was born with achondroplasia, has been a worldwide influence when it comes to inclusivity in the fashion industry, and challenging traditional definitions of power.

Chatting about the importance of on-screen representation with @mrrpmurphy. I love the proportions of this shot. Thank you, @landonnordeman. . . [Image description: Taking a second to savour the #MetGala, I’m sitting on a plush pink and white chaise-longue with Ryan. Me, dressed in a @gucci black velvet dress with blue satin bows and Ryan in a custom @csiriano embroidered masterpiece á la Liberace.] ? @nytimes 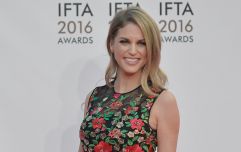 END_OF_DOCUMENT_TOKEN_TO_BE_REPLACED

“Growing up, I longed to witness someone like me on the livestream-because the Met Gala is a symbol of the fashion system, an institution within the fashion calendar and global touchpoint for so many to be educated on the voices that we should listen to."

“As a disabled woman, I firmly believe in the phrase, “If you can see it, you can be it”

Sinéad wore a stunning custom-made Gucci dress and had an unreal footstool to match the Met Gala furniture.

“When Gucci and I began thinking on what I could and would wear, we wanted this moment to be powerful and important” The first gender-free clothing store has opened, and it looks pretty slick

END_OF_DOCUMENT_TOKEN_TO_BE_REPLACED

This fashionista is a force to be reckoned with and is making serious waves to starting a bigger conversation about inclusivity.

“We were careful that what I’m wearing was not a costume but a reflection of me as a person and a way in which I could communicate my advocacy to the world.”

popular
Brian Laundrie parents 'to cremate body with no funeral' amid mystery over cause of death
Molly Mae and Tommy terrified to go home after €1 million worth of items stolen
Giovanni Pernice confirms Maura Higgins split
Gogglebox's Jenny and Lee assure fans they haven't left after quitting fears
Strictly's John Whaite says most of show's couples have "no attraction"
Why Are Men so Obsessed With Boobs? The Answer is Pretty Surprising...
New period drama A Very British Scandal starring Claire Foy is coming to TV soon
You may also like
3 months ago
A new 9/11 documentary is on its way this year
7 months ago
Woman finds abandoned apartment in hole behind her bathroom mirror
1 year ago
Get ready for Rise up New York! where three of our favourite divas will be taking to the (home) stage
1 year ago
PSA: You can get paid to explore New York and live rent-free for three months
1 year ago
There is a GIANT Harry Potter flagship store opening in New York later this year
1 year ago
The world's first museum dedicated to MAKEUP is opening in 2020, and wow
Next Page