Red carpets, Adidas and oysters: Our top 10 fashion moments of 2019

It has been quite a year.

Before 2019, I thought the celebrity fashion scene was more or less over. You had red carpet events and award shows where stars would turn up in the same old swishy gowns.

It was boring, it was drab, and I was so over it. 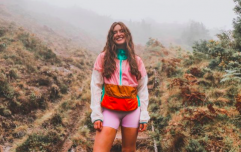 END_OF_DOCUMENT_TOKEN_TO_BE_REPLACED

However, this year changed all of that. I feel like it has been such a stand-out year in terms of fashion. While yes, celebrities pulled out all the stops on red carpets, we also saw the like of Elizabeth Hurley and Jennifer Lopez bring it back to their glory days of cut-out couture and Melissa McCarthy wear a tracksuit to an event that everyone wears mini-dresses to.

The revivals, the show stoppers, the who gives a f*** looks were in abundance and it brought back everything I love about celebrity fashion.

I've counted down my favourite fashion moments on the year - and I already can't wait to see what 2020 has in store.

What I love about Cardi B is that she can pull off just about anything. Whether it's a latex leotard or a tie dye body stocking, she knows how to work it - but my favourite look of hers this year has to be from the 2019 Grammy Awards.

In true Cardi B style, she turned up as a 5-foot-3 oyster with a bouffant full of pearls in her hair. The dress is from the Mugler 1995 couture collection and it's certainly a dress that stood out the most in 2019. 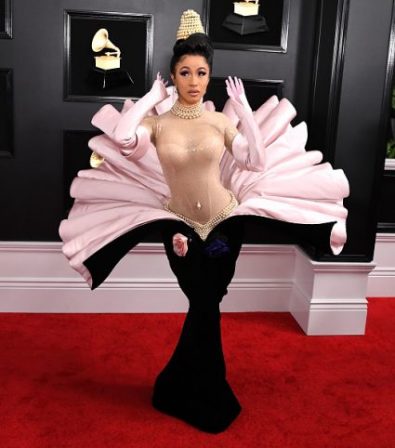 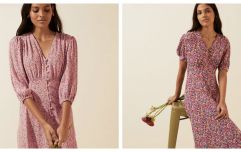 END_OF_DOCUMENT_TOKEN_TO_BE_REPLACED

Billy Porter does not mess around. The Pose star wore a divine Christian Siriano tuxedo gown on the red carpet of the 2019 Oscars which consisted of silk lapels, white ruffled sleeves, a black bow tie, and a voluminous ball skirt.

The look is so beautiful and extravagant, it's definitely going to go down as a stand-out moment in the fashion history books. He told E! News after the award show: "I wanted to create a space where we can have a dialogue about the masculine and the feminine and everything in between," and I believe he certainly did that. 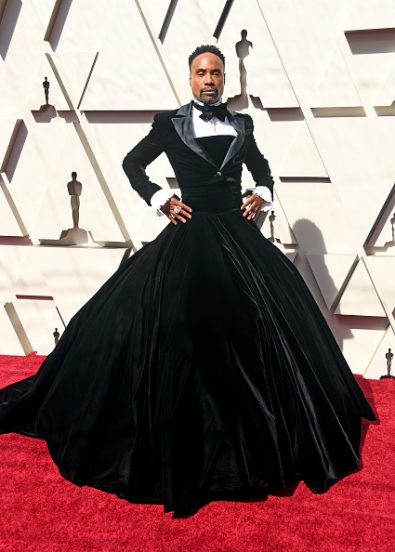 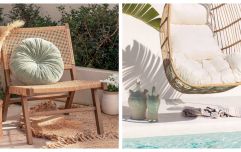 END_OF_DOCUMENT_TOKEN_TO_BE_REPLACED

While I get excited about red carpets and absolutely adore the glitz and glam of it all, I'm a very casual girl at heart. Daytime looks are my favourite because I feel like you can do so much more with them. With athleisure becoming more and more prevalent in recent years, a big shout out needs to go to Melissa McCarthy, who didn't care about what everybody else was wearing - so, she wore a tracksuit.

Yep, Melissa rode up to an Oscars after party wearing a black Adidas tracksuit and looked super slick while doing so. 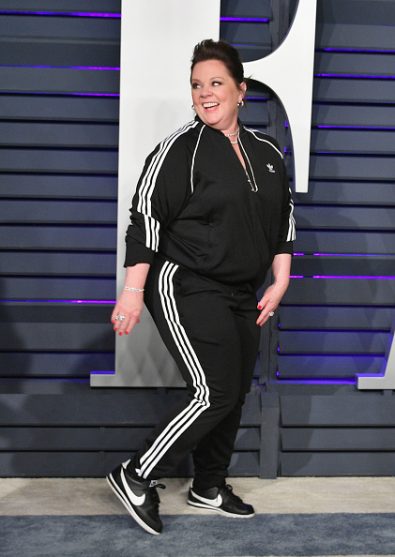 I adored the 1994 dress and I adore the 2019 dress. Elizabeth Hurley told Harper's Bazaar earlier this year that she wasn't prepared for that infamous night at all. Having borrowed the dress last minute, she did her own hair and make up - and one of the most iconic looks of the 90s was born.

Elizabeth recreated the look in April for the publication and I think we can all agree it's just as fabulous. She oozes elegance and glamour, and in my opinion, she looks just as stunning 23 years later. Swipe across to see both looks.

What a year it has been for Sinead Burke. I have followed Sinead for a long time now and it's extremely refreshing to see an Irish woman break so many barriers. One of her most defining moments on the fashion circuit this year is when she attended the Met Gala.

Wearing a custom-made Gucci dress with a cut-out front and blue bow detailing, she absolutely killed it and shined a light on people with disabilities being in the mainstream. After the gala, she wrote in Vogue, "As a disabled woman, I firmly believe in the phrase, 'If you can see it, you can be it'." I have all the love for her. 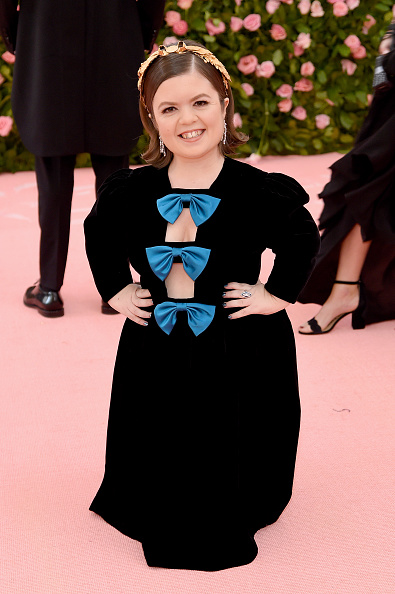 As we all know, Lady Gaga is a fan of statement dressing on the red carpet and she really pulled it out of the bag this year. I think it's one of her best moments yet because who else can pull off four outfit changes in 16 minutes?

The singer first arrived in a pink cape gown with a 25-foot train and large pink bow on her head. This was followed by her removing the gigantic cape to reveal a corseted black dress. Gaga then stripped down to a black crystal bra and undergarments and finally, she finished her performance piece by donning hot pink column gown. It was definitely one of Gaga's - and the year's - most memorable fashion moments. 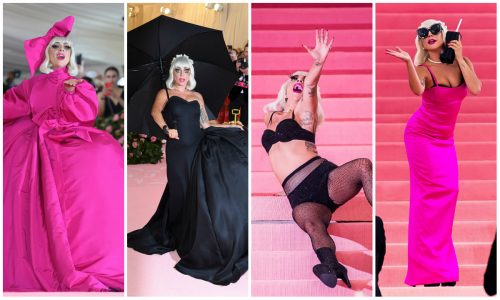 Ugh, I adored nothing more than seeing Celine Dion at Paris Fashion Week this year. Every outfit and designer she wore, from Iris van Herpen to Chanel, looked class. There's honestly no other way to put it.

However, the one that won my heart had to be the Alexandre Vauthier ivory off-the-shoulder mini-dress with billowing sleeves that acted as trains. It was stunning and beautiful and everything you could want in a couture gown. All hail Queen Celine! 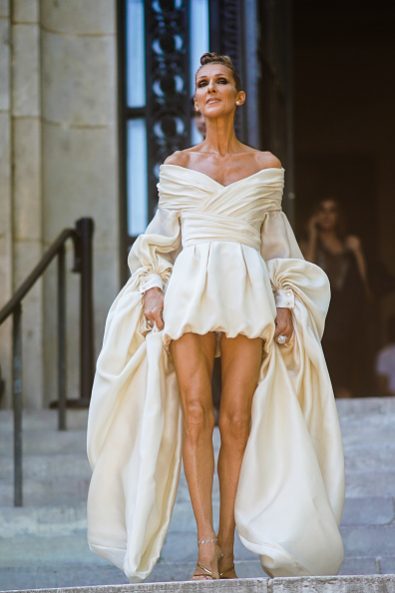 Oh, Hell yes. I love everything Lizzo wears. I love her style, I love her attitude and I love her songs. I think one of her best looks this year has to be the red SIREN dress she wore on the Video Music Awards' red carpet.

She embodied glamour and sex-appeal with the sweetheart sequined gown, red boa and diamond necklace - and I also have to give a shout out to her hair and makeup because it totally finished the look. I have to say it; she's 100 percent that bitch. 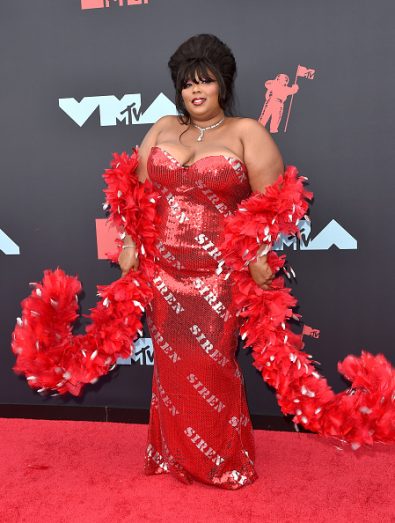 Is there a more iconic look? While yes, Elizabeth Hurley looked sensational recreating her 1994 pinned dress - J Lo took the number one spot in the throwbacks this year. As we all know, the dress made Google create Google Images because there were so many searches for it back in 2000.

I loved when Jennifer recreated the look because it shows that you can be fierce no matter what age you are. Plus, recreating the outfit put a new, modern light onto it, which I adore.

Rihanna will forever be one of my favourites when it comes to fashion. And music. And makeup. Basically, I love Rihanna.

The singer attended the 2019 British Fashion Awards and of course wore one of her own designs.

With a colour that's rarely seen on red carpets, she donned a gorgeous light teal satin mini-dress which had diamonds falling down the back. She paired it with a matching chiffon throw-over and gloves. No matter what year, Rihanna will always have a top spot on my list. 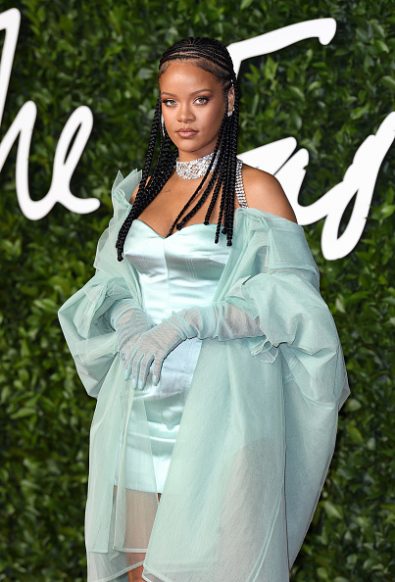 Girls With Goals || Her · Ep.160: The Beauty Of Coaching - Hayley Harrison joins us from Sport Ireland
popular
Body found in search for missing woman in Waterford mountains
Queen signs note 'Lilibet' in final goodbye to Prince Philip
Roz Purcell introduces 4 - 30 sizing for new Hike Life collection
Abducted French girl, 8, found in Switzerland five days after disappearance
WATCH: The trailer for the new Sophie Toscan du Plantier documentary is here
Tayto Park Zoo confirm reopening date this month
Here's the average age people lose their virginity around the world
You may also like
4 days ago
Wifey Material: Rihanna just dropped a bridal lingerie collection
6 days ago
Low rise jeans are making a comeback and it's a hard no from us
1 week ago
You can now buy scented stickers designed for your face mask – for a fresh smell
1 week ago
According to Instagram users, these will be the biggest interior trends in 2021
2 weeks ago
Clutter, be gone: 10 easy changes that'll help you get a bit more organised
2 weeks ago
Sustainable, sleek and very Scandi: We've had a sneak peek the new IKEA collection
Next Page