This is the most Googled piece of jewellery in the world

I'd rather buy a car.

Jewellery has always played an iconic role in history, some jewellery symbolised something special like an engagement, and the idea that women love diamonds has been around for a long time.

When it comes to the most popular piece of Jewellery in the world, we were sure it would be something from Tiffany or something covered in Swarovski crystals.

Instead the most Googled piece of Jewellery  the Cartier Love Bangle, according to Hello Giggles.

The well-known bracelet gets over 350,000 searches a month. 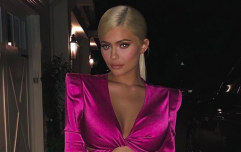 END_OF_DOCUMENT_TOKEN_TO_BE_REPLACED

The bracelet is a flat bangle studded with screws that locks to the wrist. It must be opened and fastened with a screwdriver. They cost around €6000 each.

The piece has been around since the 70s and worn by several celebrities over the years, however, it's peak in popularity is believed to be due to Kylie Jenner favouring the jewellery.

In January the reality star shared several pictures and videos of herself wearing Cartier bangles. In one of which, Kylie is seen wearing 6 of the bracelets, which at the time got a lot of attention considering she was wearing €36,000 on one arm. 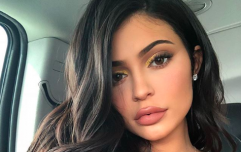 Kylie Jenner pictured in €24 dress and of course, everyone wants it

END_OF_DOCUMENT_TOKEN_TO_BE_REPLACED

Several of her sisters have also been seen wearing them.

So in true Kardashian-Jenner trend-setting style, Kylie's love of these LOVE bracelets saw a huge peak in their popularity.

We'd swap the six bracelets for a deposit on a house, mind you.

Other celebrities such as Zayn Malik, Naomi Cambell and Julianne Moore have all also been spotted wearing the bangles.

popular
Status Orange thunderstorm warning issued for 14 counties
Anne Heche has been removed from life support
Paige Thorne breaks her silence on Jacques O'Neill drama
Congrats! Ailbhe Garrihy is expecting her second baby
Top tips for keeping your fake tan on for longer as the weather heats up
Love Island producers respond to claims Jacques was kicked off the show for "bullying"
Met Éireann extends high temperature warning for Ireland this weekend
You may also like
2 months ago
Kylie Jenner fans are convinced she just announced her son's name
2 months ago
WATCH: People are losing it over clip of Kendall Jenner trying to climb stairs at Kourtney's wedding
3 months ago
Kylie Jenner gives first glimpse of new son in Met Gala vlog
3 months ago
Kim Kardashian explains why she photoshopped her niece in Disneyland photos
3 months ago
Kylie Jenner felt "rushed" and still hasn't settled on son's name
4 months ago
EXCLUSIVE: The Kardashians speak to Her ahead of their new show debut
Next Page