Swedish model Agnes Hedengard has hit out at the fashion industry for promoting damaging body standards amongst models.

The 19-year old took to YouTube after being told by countless agencies and fashion brands that she is ‘too big’ for bookings. 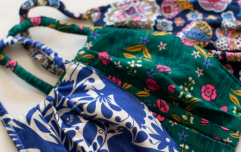 END_OF_DOCUMENT_TOKEN_TO_BE_REPLACED

The 5’11 stunner has worked in modelling since the age of 15, but dedicated the past year of her life to trying to break into the industry full-time since coming third in Sweden’s Next Top Model last year. Yet despite her BMI being just 17.5, she says she was told by countless agencies to ‘get in shape’ because of her measurements.

Pointing out her body and bum, the teen says:

“According to the modelling industry, you cannot look like this. You need to be thinner. I have been in contact with big agencies and clients that really want to work with me, but as soon as they get hold of my measurements, it’s a whole other story.”

The model has since started working part-time as a shop assistant in Stockholm as she failed to secure modelling contracts.

HEY! ? Watch me talk about the model industry and the sick body ideal. Link is in the bio! ➡️@hedengard @hedengard #toofatformodelling A photo posted by Agnes Hedengård (@hedengard) on Aug 25, 2015 at 1:38am PDT 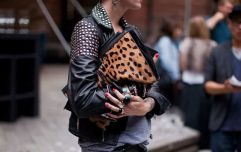 END_OF_DOCUMENT_TOKEN_TO_BE_REPLACED

“Modelling is more like a part time job now. I gave [the modelling world] a shot for a year – I barely ate and counting calories was a daily chore.

“I’ve had anorexic thoughts, but I’ve fought against them. It’s hard, but if you put all the energy you normally would waste on these thoughts towards loving yourself instead, they can’t hurt you.”

Agnes has now decided to stop pursuing modelling, saying she has accepted that her body is healthy as it is.

Girls With Goals || Her · Ep.153: Scholarship Squad - We chat to Facebook's Claire O'Hara about our Smurfit Scholarship fund.
popular
Irish people urged to send a hug to loved ones on National Hugging Day in aid of Ronald McDonald House
Matthew Perry's dad was a character on Friends and how did we not notice?
Robbie Williams "fairly sick" with Covid while holidaying in Caribbean
Gilmore Girls star says he didn't storm the Capitol, praises those who did
Seven Things You May Not Have Known About... Garth Brooks
Josepha Madigan compares issues around schools reopening to Mother and Baby Homes
Here's what will happen in Bridgerton season 2 - if Netflix goes by the books
You may also like
1 year ago
Hungover? Try this chef's patented cure to get you through the day
1 year ago
Science says this is how you know if you should shower in the morning or night
1 year ago
A study has found whether running or walking is better for your health
1 year ago
This major pancreatic cancer breakthrough offers new hope for treatment
2 years ago
This bad habit makes you FOUR times more likely to catch a cold
2 years ago
Love a bit of gossip? It might not be as bad as you think
Next Page