The Irish designer who has dressed Meghan Markle says that we're set to see a big change in her style, now that she's been "liberated".

Don O'Neill told Her that following Meghan's stepping back from her duties as a senior royal he expects to see "a shedding of the conservatism and what was deemed appropriate by the palace" in what the Duchess wears.

"Now that Meghan has been liberated I think that we will see a change in her wardrobe,  I'd say that there will be a transition period while she moves more into her own style.

"It's likely that we'll see the slits go up and the necklines come down – but she'll continue to be elegant.

"She's always been elegant and glamorous but I think that was stifled somewhat, so we'll see it come out even more so now. She will continue to be a trend setter."

The Kerry-born, New York based designer is the man behind the hugely successful evening and bridal-wear line THEIA Couture, which is stocked in the likes of Saks Fifth Avenue. 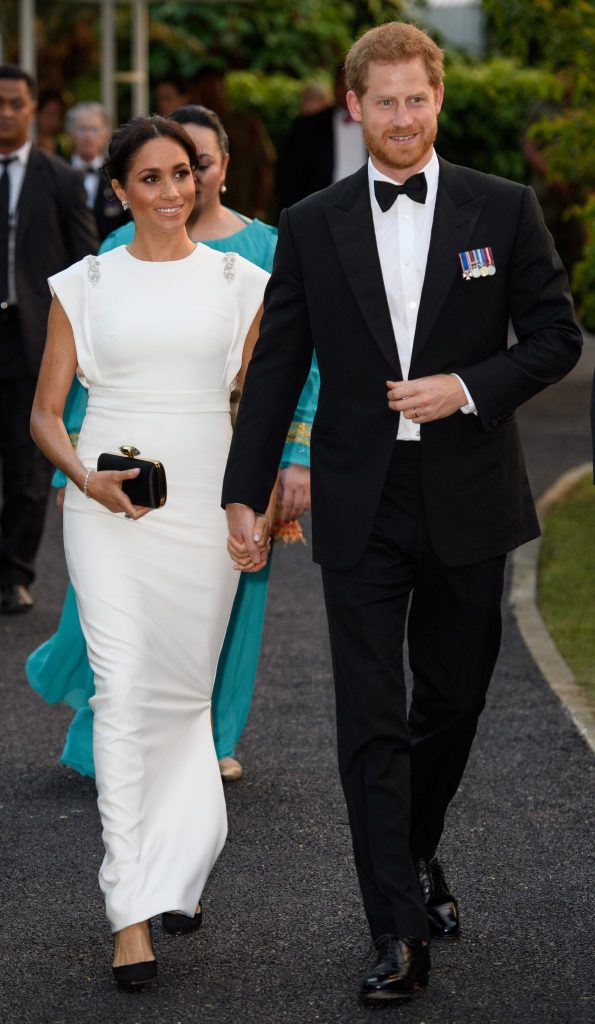 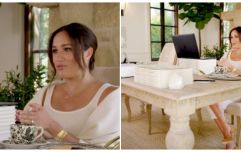 END_OF_DOCUMENT_TOKEN_TO_BE_REPLACED

In October 2018, Meghan wore a THEIA dress to a State dinner and reception with the king in Tonga. "Meghan actually found the dress herself when she was shopping online and she came across my site," Don says.

The stunning column dress was made from ivory crepe, with hand-embroidered beading accenting the shoulders. The designer was asked by Meghan's stylist, Jessica Mulroney, to create a dress with extra seam allowance in it – making him a keeper of the fairly major secret of Meghan's pregnancy, which hadn't been announced at that time.

However, Don reveals that the seam allowance wasn't the only alteration he was asked to make to the dress.

"The slit on the original version of my dress that she wore was much higher, but she asked that I close it to below the knee."

So will we see the newly liberated Meghan stepping out in more THEIA designs? Don says that there's a chance: "Meghan has a few of my dresses, but we've only seen one worn publicly so far."

Celebrating 10 years of inner radiance and Light!! . Happy Holidays from all of us at THEIA! 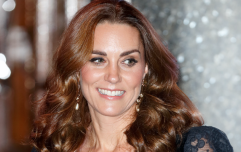 END_OF_DOCUMENT_TOKEN_TO_BE_REPLACED

The designer himself will be making a public appearance in Dublin next month at the annual Irish Fashion Collective Show at City Hall. The show, which will also feature designs from the likes of Louise Kennedy, Deborah Veale, and Helen Cody, is held in aid of dementia care at St Joseph's Shankill.

Alongside fellow designer Paul Costelloe, Don will be doing personalised sketches of the guests on the night. He says that it's an honour to be asked to help such a wonderful care facility. "It's so important for families of those suffering from this difficult and tragic disease to know that their loved ones are loved and taken care of ."

Tickets for the event cost €100 and can be purchased here.

popular
Here are the baby name trends set to dominate 2023
Love Island's Faye Winter says she feels like she's "failing" as an influencer
5 delicious brunch spots around Ireland to try out on your next trip with the girls
Selena Gomez calls out "vile and disgusting comments" following Hailey Bieber interview
First Look at David Seaman and Frankie Poultney's Wedding...
The beginner's guide to upcycling: 3 essential tips for embracing DIY at home
Ayda Field and Robbie Williams have welcomed their fourth child
You may also like
1 week ago
Prince Harry told about Queen's death five minutes before public announcement
2 weeks ago
Prince Harry issues statement following death of Queen Elizabeth
4 weeks ago
Why Meghan Markle doesn't share photos of her children
1 month ago
5 things we learnt from Meghan Markle's most recent interview
1 month ago
Meghan Markle reveals Archie's nursery went on fire during royal tour
1 month ago
Prince William and Kate send birthday message to Meghan Markle
Next Page