She's had some week.

In fact, she's had quite a year.

On Monday morning, Sinéad Burke featured on the front cover of one of the most influential fashion magazines in the world - Business of Fashion. 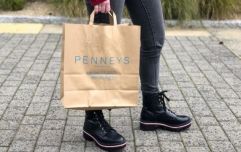 END_OF_DOCUMENT_TOKEN_TO_BE_REPLACED

The issue is called the Age of Influence and no words ring truer than those for Sinéad. The fashion campaigner has been making waves in Ireland and now has begun to make waves around the world, by using her voice to spread important messages on TED talks and at the World Economic Forum in Davos, where she chatted to the likes of RuPaul, Joe Biden to Oprah Winfrey; one on one.

Not many get opportunities like that, but it's clear from Sinéad's work that she was meant to have them.

Her work in making fashion accessible to everyone has been the driving force behind her, and with the images in BoF, she certainly proved it.

The shots that stood out to me - and I'm sure the rest of the world - were those where Sinéad is holding a scissors in one hand while altering a Burberry trench coat.

In her own description of the image, she wrote: "Staring down the lens of the camera, I am holding a scissors [sic] and wearing a @Burberry trench coat that has been deconstructed and lacerated into pieces to fit. I'm also wearing laced Adidas Stan Smiths runners, blue eye shadow and slicked back retro hair."

The images are stark, beautiful and send a message. 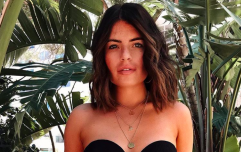 END_OF_DOCUMENT_TOKEN_TO_BE_REPLACED

The reason why it stood out to me so much (well, there were many, but this is one of them) is because of all the apparent controversy surrounding - you guessed it - Bloggers Unveiled.

I don't even want to tarnish this article by mentioning them, but I think it needs to be said that we have an influencer that's actually making a difference here. Sinéad is the one we should be talking about right now. We should not be talking about photoshop and who this person is, because in the end - what does it matter?

Obviously there is merit for calling out people who have lied in the industry, but when there's someone making a real impact - around the globe - that name should be the one on our lips.

Don't get me wrong, we're all in the world of online influencers and follow many. They pop up daily on our Instagram feeds and they're all lovely people. But we need to change our views around influencers and what they contribute.

And it's people like Sinéad we all need as a true influencer.

Girls With Goals || Her · Ep.151: 'A Story Shared' - Aoife P. Rafter on blogging during a pandemic and living with CF
popular
Around the world: The most popular baby names in major cities across the globe
Matt LeBlanc And Matthew Perry Reveal Reason Why They Didn’t Attend Jennifer Aniston’s Wedding
Netflix announces new true crime documentary series: The Vanishing At The Cecil Hotel
Irish people are smoking more since start of pandemic, says study
Here's the average age people lose their virginity around the world
Someone has ranked the penis size of men from all over the world
Multiple concerts to be planned across EU to mark end of Covid this summer
You may also like
1 year ago
Lisa Jordan has revealed her newborn's name and it is super out-there
2 years ago
This Swedish influencer just apologised for her 'dodgy photoshop' after fans called her out
2 years ago
2018 is the year you can pay €51 to dress up as an 'influencer' for Halloween
2 years ago
This company want to send you to Thailand to help you become a travel influencer
2 years ago
Want to be a blogger but don't know your worth? This event will help you
2 years ago
If you enjoyed Bullshitcallerouter - you need to look at the Celebface Insta page
Next Page