Each month, we're going to plunge into different professions and industries, and chat to the people who are killing it in their game.

Since everyone is still on a high from fashion month, we're diving head first into the fashion industry. From people working behind the scenes to in front of the camera, we're going to find out what makes them tick, how they got their start and what obstacles stood in front of them throughout their career.

For this week's installment, we chatted to Fashion Model Grace O'Mahony.

Why did you want to be a fashion model?

I had actually never considered getting into modelling when I was younger, it was never something that crossed my mind... but I just sort of fell into it by chance when I was 16 and 7 years later here I am! If I told 15 year old me this is what I would be doing as a career I would have laughed!

How did you get your start in the modelling industry? 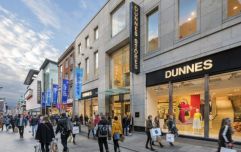 END_OF_DOCUMENT_TOKEN_TO_BE_REPLACED

I had originally wanted to go into design and I had loved art in school, I loved to be creative. That lead me to several weeks work experience when I was in transition year with a millner called Rebekah Patterson who was based in Kilkenny. It was only at the end of my stint with her she said she'd love me to model them for her website! The shoot was organised and once the shots were finished she told me I should definitely try to get signed with an agency. I think I was a little mortified but my older sister was the driving force behind sending some of the shots to different agencies in Dublin. Then a few days later I had a call from 1st Option to come up and meet with them and I haven't looked back since!

Were there any obstacles in your way?

I suppose there were definitely a few things that could have been seen as obstacles. Firstly, as a student still in secondary school it was a bit of a juggle trying to find the balance of going to school in Kilkenny and going to work in Dublin. Especially because at this stage I hadn't started driving yet!

There was a lot of catching up on missed school work and early morning buses to Dublin! Secondly, I had a spinal fusion not long before signing with 1st Option to correct my scoliosis when I was 16., So I was still getting used to all the changes/recovery that occurred with that.

However after my scoliosis correction surgery it's common to gain an extra few inches height-wise because you're essentially straighten yourself up. I think it must have been fate that it happened just before I started modelling because more than likely I would have been too short before the operation. That was definitely a silver lining! 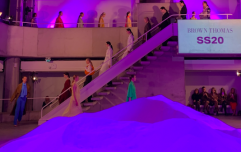 END_OF_DOCUMENT_TOKEN_TO_BE_REPLACED

My parents always told me to pick a job you love and not one just based on the salary you would earn. I remember my dad said you want to have a job where you look forward to the start of the week and not the end of the week.

I learnt a lot from watching them work hard, and that has really stuck with me growing up. You spend so much of your life working so why do something you hate or have no interest in and be wishing your time away. You know what they say, pick a job you love and you'll never work a day in your life/ you'll work all the time! Also, watching the older models when I was starting out was so important. You learn so much from watching other people who have been there before you!

What advice would you give people wanting to get into the modeling industry now?

I think the most important thing to remember is that you can do anything if you put your mind to it. It sounds cliche but if there's something you want you just have to go for it! Don't be afraid to try again if you fail the first time.

If it's meant to be it won't pass you. Get in contact with an agency if your interested in starting and don't be afraid to ask for advice. You also can't take rejection too seriously. It comes as part of the job but it isn't personal. Be professional, but let people see your personality. Work hard and make the most of every opportunity that comes your way, if you don't there will be some else that will! Also, test shoot! It's unpaid and there will be a lot of these at the beginning but it's crucial to get experience and build your portfolio!

What’s your favourite part of your job?

I love that I'm doing something different most days. I love the change and new challenge each job brings. I could be on location in the middle of nowhere one day and then in a city centre studio the next. It keeps it interesting! I love getting to work with so many different teams and love meeting so many talented people from all aspects of the industry! I've also been super lucky to be able to shoot in some unbelievable locations like Joshua Tree and parts of Arizona.

Have you any goals for the end of the year?

I would definitely love to keep building my career! I'd love to explore more options and ideas about where I could go and what could be achieved so I'm keen to build more on that and start making plans. It would also be pretty cool to get involved with a scoliosis charity and do some good as it's a huge part of my life.

I'm going to try get in one more trip abroad before Christmas! I love travelling and exploring new places so hopefully will get to tick another country off the list before the year is out. I'm a big believer in working hard and then being able to take time out for yourself too. It's all about the balance!


popular
Say hello to the €40 M&S dress that will instantly brighten your spring wardrobe
Met Éireann issue low temperature weather warning for 25 counties
The €30 New Look skirt we're going to be living in for the next few weeks
Future planning: The 2020 baby names predicted to make the most money in their lifetime
Tried and tested: I got my eyebrows laminated, and I'm absolutely weak for myself now
Groom calls his fiancée a 'toddler throwing a tantrum over a sparkly toy' for not wanting to buy a €90 wedding dress
Meghan and Prince Harry issue statement after agreement to leave the royal family is confirmed
You may also like
5 days ago
Penneys just posted a jumper and skirt combo that we NEED to have
1 week ago
The most gorgeous Zara snake print knee-high boots are on sale right now
1 week ago
Our top 9 favourite looks from the Golden Globes red carpet
2 weeks ago
All the designers, labels and women to watch in 2020
2 weeks ago
Italian Vogue won't publish photos this month to be more sustainable
3 weeks ago
The chic black jumpsuit we've had our eye on is now €20 in the Zara sale
Next Page