Each month, we're going to plunge into different professions and industries, and chat to the people who are killing it in their game. 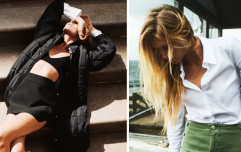 10 items from Zara for the perfect autumn capsule wardrobe

END_OF_DOCUMENT_TOKEN_TO_BE_REPLACED

Since it's fashion month, we're diving head first into the fashion industry. From people working behind the scenes to in front of the camera, we're going to find out what makes them tick, how they got their start and what obstacles stood in front of them throughout their career.

For this week's installment, we chatted to the Director of Men's Fashion Ireland Magazine and Primark trainee buyer, Adam Gaffey.

Why did you want to work in Fashion?

I’ve always had an artistic flare and an interest in style and clothing growing up, so when I came across the opportunity to be involved in this type of work, it felt natural to me.

At one point I thought music was what I wanted to do, as I studied music production in college for a year. I became a father at eighteen to my beautiful daughter Aoibhe, so I put my focus into working a full-time job soon after that and was led to the path I am on now. 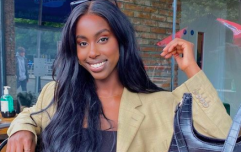 END_OF_DOCUMENT_TOKEN_TO_BE_REPLACED

At what point did you realise business in fashion was the career for you?

When I began to see the excitement in people upon the release of the first print issue of Men’s Fashion Ireland Magazine. The fact that the publication motivated, and maybe even inspired them, was important to me.  There’s so much young talent in Ireland and it’s vital that they have a platform to express their creativity.

How did you get your start in the industry?

I began volunteering in a Dublin based studio about four years ago while I was working a full-time job. This job was really exciting and was my first experience in production and management of photo shoots and fashion films. When the idea for Men’s Fashion Ireland Magazine came about, that began to take up more and more of my time.

The magazine is now stocked in retailers around Ireland and the support over the years has been amazing. I’ve been able to take a step back from the forefront and pursue other avenues of the industry. Just over a year ago, I was given the opportunity to interview for Primark as a trainee buyer. It’s been an amazing year with them and I’ve grown so much both professionally and personally.

END_OF_DOCUMENT_TOKEN_TO_BE_REPLACED

You need to be a trick of all trades in this business, if you want to make a living.

What is the most enjoyable part of your job?

There’s so much great talent housed under the roof of Primark in both the Dublin and UK offices. I feed off the energy of my peers and it’s a really motivating environment. Every day brings new challenges and opportunities and there’s always an exciting atmosphere in the menswear department. I like change too and in Primark, there is constant progression and ambition to expand.

In terms of the buying role, range building and development are my favourite aspects of the process. We have a great design team and buying department that work cohesively together to deliver great ranges for such affordable prices.

What’s the best advice you have ever received?

I’ve received so much great advice over the years so it’s difficult to pin point something specific. One of my teachers used to tell me “experience is the best form of education”, and that has stuck with me ever since.

And have you any advice to anybody who has been knocked back in their career?

No looking back, only moving forward.

Have you any goals for the end of this year?

I wouldn’t refuse a holiday in Bora Bora.

popular
Late Late Show viewers are not happy with Ryan's questions for Billy Connolly
WATCH: Parents see person walk past daughter's crib in creepy baby monitor footage
10 items from Zara for the perfect autumn capsule wardrobe
Paris Hilton says she was "slapped" and "strangled" as a teen in youth care
Someone has ranked the penis size of men from all over the world
The First Quadrillionaire? Paypal Accidentally Gives Man $92 Quadrillion
Netflix Has Been Hacked – Here’s How To Check If Your Account Is Affected
You may also like
14 hours ago
Apparantly, there is one colour you should never wear at a job interview
3 weeks ago
Kylie Jenner is getting a lot of backlash over her new swimwear line
3 weeks ago
Love Island's Liberty is creating her own collection for In The Style
3 weeks ago
Fashion detox: All you need for the perfect wardrobe is 37 items of clothing
4 weeks ago
Brown Thomas Arnotts become first Irish retailer to sign The Climate Pledge
4 weeks ago
This simple messy ponytail is everywhere and its effortlessly glam
Next Page