We definitely won't be sleeping tonight.

Amazon have said that they are "working to fix" a glitch in Alexa devices after social media users said it started laughing randomly.

The housing voice assistant is designed to respond to commands when the user says a wake word, like Amazon or Alexa. 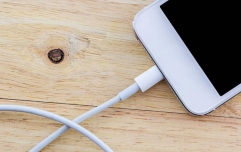 END_OF_DOCUMENT_TOKEN_TO_BE_REPLACED

But according to social media reports, people have started hearing strange and unprompted laughter from their devices.

Some people have even begun to record the laugher and shared it only. We're not sure if it's to share the creepiness/prove it did happen, or simply to terrify us all.

So Alexa decided to laugh randomly while I was in the kitchen. Freaked @SnootyJuicer and I out. I thought a kid was laughing behind me. pic.twitter.com/6dblzkiQHp

Some people took to social media to claim that the laughter happened when they asked Alexa to play music or turn off the lights.

One person claimed that they would have preferred the laughter to what their Alexa did: listing off cemeteries nearby.

Others said that it happened totally out of the blue - which, to us, is even more terrifying.

Lying in bed about to fall asleep when Alexa on my Amazon Echo Dot lets out a very loud and creepy laugh... there’s a good chance I get murdered tonight.

unprompted, my alexa just said "sure, I can laugh: tee hee" and I'm moving out now

Hearing @amazonecho laugh late at night when I didn't expect it, is the most momentarily frightening thing I have experienced.

Replying bc THIS creepy thing happened last night: we got home and, totally unprompted, our Amazon Echo/Alexa started talking. And then i realized it was listing off local cemeteries and funeral homes??? I'd rather it laugh at me tbh

Having an office conversation about pretty confidential stuff and Alexa just laughed. Anybody else ever have that?

It didn't chime as if we had accidentally triggered her to wake. She simply just laughed. It was really creepy.

And then there was the guy who tried to get Alexa to answer just why she was laughing at people. Even that didn't quite work.

Yo @amazon, I just asked Alexa why she's laughing at people and she won't answer. #Alexa #AlexaLaughing #ThingsPeopleShouldKnow #AmazonAlexa pic.twitter.com/uKMuhHUFAS

But there's apparently an innocent explanation for it all - so the end may not be here just yet.

"We’re aware of this and working to fix it.

“We are changing that phrase to be ‘Alexa, can you laugh?’ which is less likely to have false positives, and we are disabling the short utterance ‘Alexa, laugh’.

“We are also changing Alexa’s response from simply laughter to ‘Sure, I can laugh’ followed by laughter.”

popular
Netflix announces new true crime documentary series: The Vanishing At The Cecil Hotel
Here's what will happen in Bridgerton season 2 - if Netfix goes by the books
QUIZ: How well do you remember these minor characters from Friends?
Someone has ranked the penis size of men from all over the world
When will lockdown end in Ireland?
QUIZ: How well do you really remember the first episode of Grey's Anatomy?
Science says this is how many dates you have to go on before you find 'The One'
You may also like
16 hours ago
Here's how to do the genius TikTok wrap hack that everyone's going mad for
2 months ago
Baby Shark has just become the most watched YouTube video EVER
2 months ago
Forget coffee – whipped strawberry milk the new viral drink trend your life needs
4 months ago
"Cancel Netflix" trending after new movie that "sexualises children"
6 months ago
Quarantine Barbie: She exists and she's far too real
6 months ago
Here's how to make a vegan 'fried egg', according to an Australian food blogger
Next Page