The worst has happened. 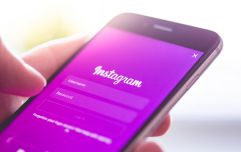 END_OF_DOCUMENT_TOKEN_TO_BE_REPLACED

All three of social media platforms, which are owned by Facebook, have been having issues since 11am today.

Monitoring website downdetector.co.uk has reported thousands of outages on the platforms across theEurope and parts of the US.

And as you can imagine, Twitter (which is not down), has reacted accordingly...

But mostly, the tweets have been less serious, and more hilarious.

None of the social media platforms have released statements regarding the outages.

popular
Nick Cannon's 5-month-old son Zen has passed away
Woman killed in Clare crash named as Peggy Twomey, mother of Marty Morrissey
Mrs Brown's Boys star Fiona O'Carroll split from co-star husband after 15 years
Maura Higgins ends up in A&E with everyone's nightmare injury
Someone has ranked the penis size of men from all over the world
People are losing it over Lana del Rey wearing a Shein dress on the red carpet
Woman in her 90s dies after horrific road crash in Clare
You may also like
4 weeks ago
Who started the 'plant one tree for every pet picture' trend on Instagram?
1 month ago
Strictly microphones pick up gas audio from the contestants
1 month ago
Tilly Ramsay speaks out about body shaming after DJ calls her a "chubby little thing"
1 month ago
Influencer charged with drugs trafficking after trying to board Dubai flight with cocaine
1 month ago
Mum shares horrifying story of toddler filming her in the shower on Instagram Live
1 month ago
WATCH: Irish toddler called a "young Reese Witherspoon" by Diane Keaton
Next Page