One of the most requested emojis has to be a red head emoji. We used to just have a generic emoji with yellow hair and then some time back they introduced different skin tones and hair colours.

One gaping hole was that red heads weren't represented in emoji form. That's all about to change as we finally have the first glimpse of a red head emoji. 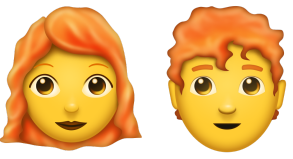 Jeremy Burge, who is on the Unicode Emoji Subcommittee, has given a very positive update on this emoji. He says it's the first real candidate to be selected for final approval for the emoji world. They've had other versions in the past which haven't gone past the final stages to become a 'final emoji candidate'.

And at this stage it's almost certain to be the one. Jeremy told Today.com, “in the past, the majority of emoji candidates have been approved.”

"Redheads have been a highly requested addition.

The implementation raises questions like which emojis should be able to have red hair, and if red hair is added, what about other hair colors or styles? The current approach is to use a flexible system, which could allow any emoji to be given red hair, although no recommendations have yet been made on which emojis should be given a red hair option.”

Also included in the new updates, which are expected to be available in 2018, are a host of other different hair styles and colours. 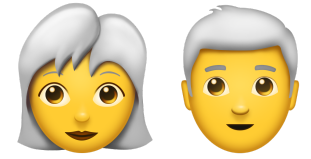 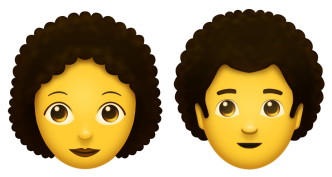 popular
QUIZ: How well do you remember 13 Going on 30?
Here are the 10 finalists for this year's Galway Races 'Virtual Best Dressed' competition
Staycation: 5 Irish heritage sites we're absolutely hitting up this summer - and they're all free
Caroline Foran's tips for first-time interior design, when you haven't got a clue where to start
12 of the best podcasts we listened to during lockdown
Here's what happens on every day of your menstrual cycle (roughly)
Bleach stain struggles: Here's how to save your clothes from ruin
You may also like
5 months ago
Air New Zealand wants to introduce bunk beds on its flights for economy classes
6 months ago
Irish mobile network GoMo introduces €12.99 a month for life offer
7 months ago
Bad news! WhatsApp will stop working on certain phones from TOMORROW
7 months ago
You can now get long distance touch bracelets to let your far away friend know you're thinking of them
8 months ago
New WhatsApp update stops people adding you to pointless group chats
9 months ago
The AirPods Pro have arrived so, what can Apple's latest gadget do?
Next Page