Who doesn’t love a bit of trivia?

Whether it’s on the TV or at a pub quiz, there’s nothing quite like putting your general (and sometimes obscure) knowledge to the test.

Enter HQ Trivia, one of the hottest apps of 2017 - and it's just getting more popular. 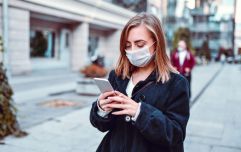 END_OF_DOCUMENT_TOKEN_TO_BE_REPLACED

The mobile trivia game, which is from the creators of Vine, enables players to win real money. All they have to do is answer 12 questions.

Viewers who answer correctly (by simply touching the right answer on their screens) make it to the next question, which grows more and more obscure as the game goes on.

And any players who are still standing at the end of question 12 will divide up whatever is in the prize pot. 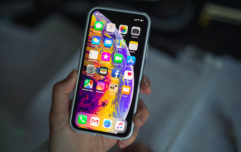 END_OF_DOCUMENT_TOKEN_TO_BE_REPLACED

In exciting news for players abroad, there's been a new version of the app that recently launched.

The UK version runs every Monday and Wednesday at 3pm and 9pm via the main app.

According to The Next Web, the prize pot for the first ever UK HQ was $500 - and a significantly smaller player pool, with around 5,000 players.

But given the popularity of the worldwide edition, it’s unlikely to stay that way for too long. 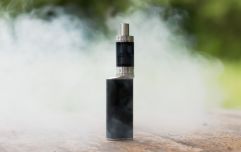 END_OF_DOCUMENT_TOKEN_TO_BE_REPLACED

The game was presented by BET’s Sharon Carpenter, who previously subbed in for Scott before becoming an HQ regular over the holiday season.

There was just a slight downfall, though: nobody actually ended up winning the prize.

Though there were 20 people who made it to the penultimate question, nobody ended up picking the right answer.

And with the 9pm game having reportedly crashed, the prize is currently - still - up for grabs.

The HQ app is available to download via iOS and recently debuted in beta form for Android.

popular
These are the top baby names for 2022
Man charged in connection with Ashling Murphy's murder
Teen who pushed girl “head first” under Dart to face trial in adult court
Netflix shares more pictures from Bridgerton season 2
Here are the Covid restrictions that may be lifted as early as next week
14-year-old girl rescued from kidnapping after police follow Snapchat location
Fans convinced Love Island's Chloe inspired new Kanye track
You may also like
1 week ago
Model issues warning after being tracked with device and followed home
11 months ago
Apple to unveil 217 new emojis, including gender neutral faces
1 year ago
Apple to begin production on biggest TV show ever produced in Ireland
2 years ago
Apple have introduced period and disability emojis in their latest update
2 years ago
Eir launches brand new TV service which includes Apple TV 4K boxes
2 years ago
Here’s how much the iPhone 11, iPhone 11 Pro, and iPhone 11 Pro Max will cost in Ireland
Next Page