In the world of Pokemon, the legendary creatures are the rarest of the rare.

There are often only three hiding in every Gameboy game, unique elementary monsters that come with the most special skills.

In the land of Pokemon Go, legendary Pokemon are thought to be almost impossible to locate, found only by the most dedicated wandering Poketrainers. 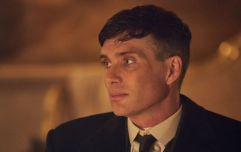 END_OF_DOCUMENT_TOKEN_TO_BE_REPLACED

Pokemon Go players in Ohio are claiming to have spotted Articuno - one of the three legendary birds and one of the most powerful ice Pokemon from the original games.

Ohio gamers have been sharing footage and photos on Reddit and Facebook of a gym that is ruled by an Articuno owning Pokemon trainer.

"#Niantic gifted me with him," said Kaitlyn Covey, who is one of the supposed Articuno owners, on a Facebook comment. "It is simply the truth!"

The footage of the rare creature has turned many Pokemon Go players into a frenzy.

With many gamers believing that Convey has faked footage of her Articuno capture.

At the moment there are three theories for the Articuno sighting and Covey catching it:

There's a lot of hubbub.  So much that as Kotaku reports, the Ohio Facebook group the footage was posted to has now been renamed to "Was: Dayton Area Pokémon Go! Now: Articuno Freakshow."

To combat the criticism The Coveys have since livestreamed their Articuno, as well as the alleged email that Niantic sent them promising the Articuno.

So it looks that for now, it's either theory two or three. This is a real Articuno capture.

Either way, it seems that everyone wants to get a look at this rare bird, if only to establish whether the footage is photoshop, or if a glitch allowed the trainer to catch it.

popular
Hang on, Tasha and Coco know each other already?
Tonight's episode of Love Island will be extended due to "explosive" recoupling
Suzanne Jackson taking a "step back" from her business
Kate Garraway says her husband Derek is back in hospital
Ronan Keating worried about son Jack as he is "quiet" on Love Island
WATCH: Gemma is left fuming in tonight's Love Island as Luca kisses another girl
Reports of image based sexual abuse involving 200 women investigated by Gardaí
You may also like
2 years ago
Children with ADHD can be prescribed a special video game, says FDA
3 years ago
The trailer for the Sonic the Hedgehog movie is here and it's wild
4 years ago
Video game addiction is now being recognised as a mental health 'disorder'
4 years ago
Harry Potter fans are flipping out over the new mobile game Hogwarts Mystery
4 years ago
The mini Super Nintendo is here and it'll make you feel like you're in the '90s
5 years ago
Your Christmas present = sorted... the Super Nintendo is coming back
Next Page