Looks like the newest iPhone is going to be launching very, VERY soon

It's a LOT sooner than we thought.

After months and months of speculation, it looks like Apple are set to unveil their new iPhones - in less than two weeks.

The technology company usually holds an event sometime in the autumn, where they showcase all of their new products.

This year is no different, with the event scheduled to take place on September 12 at the Steve Jobs Theater in Cupertino, California.

But according to The Telegraph, the company are expected to unveil three new iPhone models - as well as a new Apple Watch and upgraded iPads. 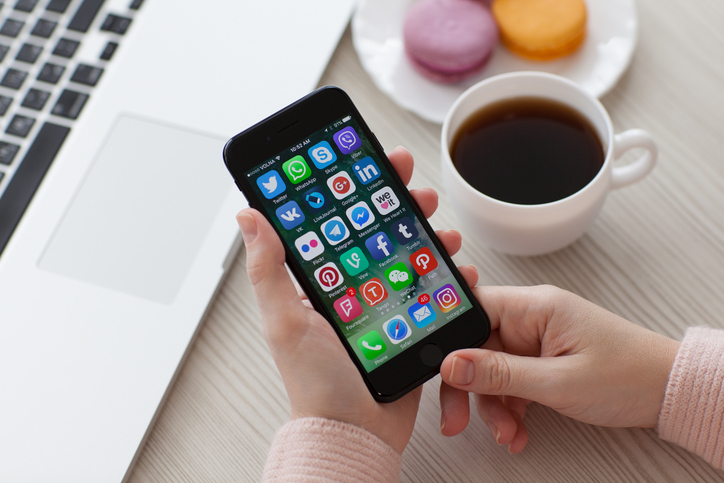 The possible launch is planned for 10am local time, which would make it around 6pm for people in Ireland hoping to catch a glimpse of the new products.

The three new phones are believed to follow the design of the iPhone X, which launched last year - but they will come in three different sizes, as well as some different colours.

END_OF_DOCUMENT_TOKEN_TO_BE_REPLACED

According to 9to5Mac, two of the phones are called the iPhone XS and the  iPhone XS Plus - and will come with a gold finish.

Meanwhile, Forbes notes that the third version of the popular mobile device is expected to be the iPhone 9 - or whatever name they decide on for it.

popular
Power ponytails and perfect messy buns! Here's some TikTok hair hacks to try at home
Irish influencer Lisa Jordan reveals her little boy's name and it's so cute
Ed Sheeran is reportedly expecting a baby with wife Cherry Seaborn
This 'Mississippi Mud Pie' recipe is a must-try for chocolate cake fans
Our Girl is axed after talks for Jacqueline Jossa to replace Michelle Keegan are shelved
The Harry Potter AirBnB announced it has availability this month and we'll race you
Georgie Crawford launches spin-off podcast focusing on all things health
You may also like
1 day ago
83,000 people uninstalled Covid Tracker App following battery issue
5 months ago
Air New Zealand wants to introduce bunk beds on its flights for economy classes
6 months ago
Irish mobile network GoMo introduces €12.99 a month for life offer
7 months ago
Bad news! WhatsApp will stop working on certain phones from TOMORROW
7 months ago
You can now get long distance touch bracelets to let your far away friend know you're thinking of them
9 months ago
New WhatsApp update stops people adding you to pointless group chats
Next Page