So as we have entered 2019, it makes sense that technology is at its peak.

We have phones that do almost everything, robots we can command, and now - a TV that transforms your space into a literal cinema. 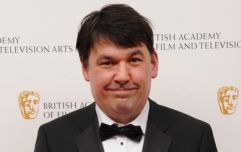 END_OF_DOCUMENT_TOKEN_TO_BE_REPLACED

Oh yes, welcome to the future.

At the recent CES technology show in Las Vegas, Samsung unveiled their new 219-inch TV that they've dubbed 'The Wall' and it's MASSIVE.

The South Korean company already has 146-inch version of The Wall, but this is a significantly larger version that uses a form of technology that they call micro LED - which creates a brighter image using less energy than current televisions. 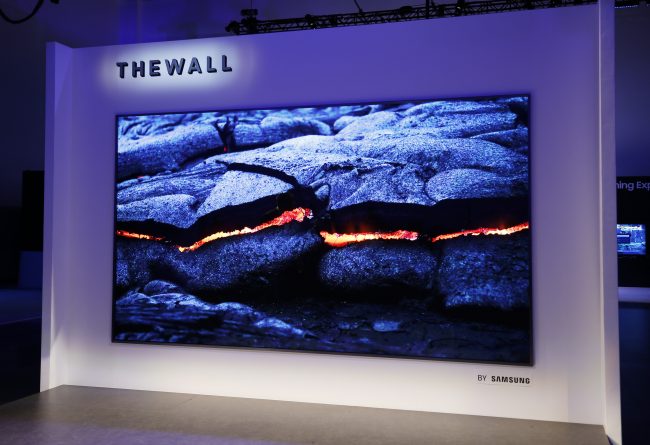 Anandtech reports that the new 219-inch “The Wall” TV features an "unknown resolution that is higher than 4K as well as 2,000 nits brightness".

"The television runs an unknown Samsung processor (presumably a version of the company’s Quantum Processor 8K that powers QLED-based Q900-series 8K UHDTVs) that supports the manufacturer’s AI upscaling tech along with other premium capabilities."

"Just like the Q900, “The Wall” can blend with surroundings to match style of the interior, a feature that Samsung is especially proud of. The TV can be controlled using a special tablet."

Yeah, we don't really understand most of that either - but the TV looks class.

In terms of pricing, nothing has been revealed yet, but we can guarantee this TV will be EXPENSIVE.

Samsung at #CES2019: New 75-inch #MicroLED display and 219-inch The Wall TV 2019 were unveiled at the First Look event, highlighting our vision for the future of visual displays #SamsungCES2019https://t.co/T6NwRvYJLx

Girls With Goals || Her · Ep.156: 'Beauty Returns' - Rebecca O'Keeffe is BACK and we're talking about viral beauty trends
popular
Palace source says THIS incident on the tour of Australia upset Meghan's staff
A royal insider has revealed the truth behind Meghan and Kate's rumoured feud
The Queen has banned Meghan Markle from wearing any of Princess Diana's jewellery
Meghan Markle's old CV has emerged - and it seems she lies like the rest of us!
Kate Middleton has addressed the rumours that she's pregnant with her fourth child
A letter to my daughter on International Women's Day
The promise William made to Kate the day they got married will make you CRY
You may also like
3 weeks ago
Gina Carano has reportedly been fired from The Mandalorian
1 month ago
OFFICIAL: Peaky Blinders will end after the sixth season
1 month ago
WATCH: The trailer for the Silence of the Lambs sequel TV show is here
1 month ago
Netflix’s new true crime doc examines one of the most infamous serial killers in US history
1 month ago
This Morning interview with Graham Norton goes disastrously wrong
2 months ago
Did you spot this? Bridgerton's Claudia Jessie also starred in Line Of Duty
Next Page