Over a billion people affected by Yahoo hack

Have you been affected?

Yahoo has said more than a billion users may have been impacted by a hack that occurred in 2013.

This hack is said to be unrelated to the one reported in September which saw 500 million accounts compromised. 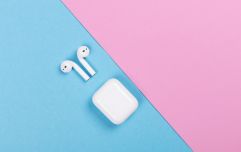 END_OF_DOCUMENT_TOKEN_TO_BE_REPLACED

The hack means that Yahoo users' email address, phone numbers, dates of birth, encrypted passwords, and possibly the answer to security questions, both encrypted and unencrypted were stolen.

A security official from Yahoo said that bank account details were not stored on the system that was affected.

If you're concerned that your account may have been affected, Yahoo suggests you review your account for suspicious activity.

However, Yahoo has said that it will notify everyone it thinks was impacted by the hack.

Girls With Goals || Her · Ep.151: 'A Story Shared' - Aoife P. Rafter on blogging during a pandemic and living with CF
popular
Status Yellow snow warning issued for five counties
Adam King is going to be on the Late Late Show tomorrow
'I loved it': The childhood drug addiction that inspired The Queen's Gambit
The son in The Undoing is the real life child of Corrie star Katy Cavanagh
Body found near I'm A Celebrity's Gwrych Castle
Miley Cyrus says she will "always" love ex Liam Hemsworth
Hugh Grant confirms shots were cut from The Undoing finale
You may also like
3 months ago
It turns out we're all peeling oranges wrong and this madness has to stop
9 months ago
Why you shouldn't put your address on your luggage when going on holiday
11 months ago
This simple hack will make your fake tan last WAY longer this festive season
1 year ago
An IKEA sofa was turned into a couch of dreams and you can do it yourself for €250
1 year ago
The simple way to make sure your runners stay fresh all year long
1 year ago
This genius travel hack will stop you from losing your luggage
Next Page