What was your first phone?

Was it a Sony Ericsson slidey one? Or a Motorola flip lad? Or the iconic, the stunning, the impenetrable Nokia 3310?

A king among kings, it was the greatest device of the early noughties and never again will we be graced with such mobile-based perfection.

That doesn't mean that we have to stop trying to recreate the magic though, because we won't - and Nokia won't either because they're launching a new phone at the end of this year and it includes the ultimate throwback game - Snake. 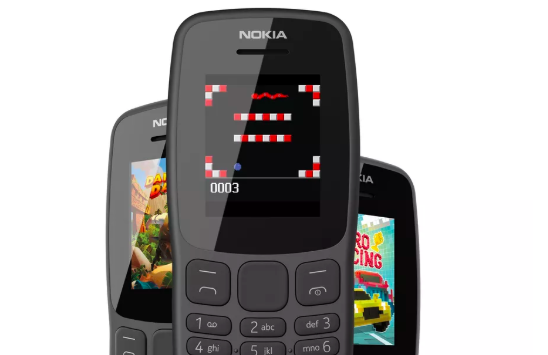 The Nokia 106 will have an impressive 4MB memory, allowing users to store up to 500 texts and 2,000 contacts... so if you've got loads of mates, you know where to head.

END_OF_DOCUMENT_TOKEN_TO_BE_REPLACED

The battery will also last you about 12 hours or up to one week if you leave it on standby.

There's also a headphone jack so you can listen to some of your favourite tunes or, just the noise from Snake whichever you prefer.

There's been no news yet as to where exactly the new Nokia will be on sale, or how much it'll cost, but we'd imagine it won't be too much, and hope that it'll be dropping into Irish markets this Christmas.

We won't be switching over from Apple like, but it'd be nice to have the option.

popular
Power ponytails and perfect messy buns! Here's some TikTok hair hacks to try at home
Irish influencer Lisa Jordan reveals her little boy's name and it's so cute
Ed Sheeran is reportedly expecting a baby with wife Cherry Seaborn
The Harry Potter AirBnB announced it has availability this month and we'll race you
This 'Mississippi Mud Pie' recipe is a must-try for chocolate cake fans
Our Girl is axed after talks for Jacqueline Jossa to replace Michelle Keegan are shelved
Georgie Crawford launches spin-off podcast focusing on all things health
You may also like
1 day ago
83,000 people uninstalled Covid Tracker App following battery issue
5 months ago
Air New Zealand wants to introduce bunk beds on its flights for economy classes
6 months ago
Irish mobile network GoMo introduces €12.99 a month for life offer
7 months ago
Bad news! WhatsApp will stop working on certain phones from TOMORROW
7 months ago
You can now get long distance touch bracelets to let your far away friend know you're thinking of them
9 months ago
New WhatsApp update stops people adding you to pointless group chats
Next Page