A sex site, AdultFriendFinder.com, has been hacked which could result in over 10,000 Irish user's private details being exposed.

The site, which describes itself as "the world's largest sex and swinger community", has accounted for 339.7million of the accounts exposed.

According to The Herald, over 10,000 of these accounts belong to Irish users who could have their private details exposed. 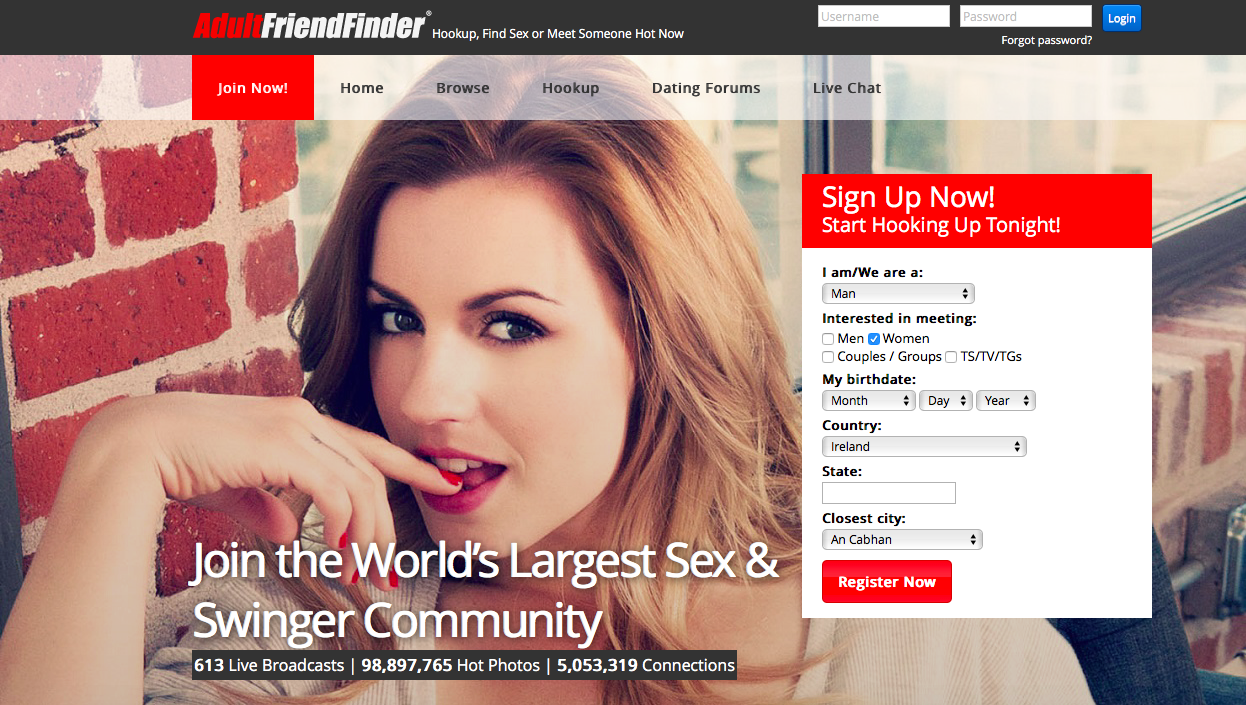 Back in October the website's parent company, Friend Finder Network, was hacked with passwords and email addresses of over 400million accounts being leaked. It was one of the largest data breaches ever.

"Over the past several weeks, FriendFinder has received a number of reports regarding potential security vulnerabilities from a variety of sources.

"Immediately upon learning this information, we took several steps to review the situation and bring in the right external partners to support our investigation.

"We did identify and fix a vulnerability related to the ability to access source code through an injection vulnerability."

popular
QUIZ: How well do you remember 13 Going on 30?
Here are the 10 finalists for this year's Galway Races 'Virtual Best Dressed' competition
Caroline Foran's tips for first-time interior design, when you haven't got a clue where to start
Staycation: 5 Irish heritage sites we're absolutely hitting up this summer - and they're all free
Back on the BBQ: Here's a recipe for cooking your pancakes... outside
Bleach stain struggles: Here's how to save your clothes from ruin
Spotted at Penneys: Two cruelty-free dupes for popular makeup brands
You may also like
6 days ago
Love that natural energy: The Naked Collective is the type of clean, healthy, and vegan company that we need right now
1 month ago
We are obsessed with these stunning local handmade soap bars by Little Village Soaps
6 months ago
Ones to watch: Eight rising Irish music stars to fangirl this year
7 months ago
8 things that happen in EVERY Irish household on Christmas Day
7 months ago
Waterford singer Moncrieff is making waves in London and even Elton John is listening
8 months ago
Hygge vibes: 5 gorgeous candles worth splurging on this Christmas
Next Page