WhatsApp may start deleting your old messages, photos, and videos

It's part of a handy update though.

There is nothing worse in this world than going into your social media archives to try and find a certain photo or message, only to discover that it has been suspiciously wiped from your device.

Not war, not murder, nothing - nothing is worse.

WhatsApp, as far as apps go, is generally quite good at keeping all your past bits stored in an easy to find location... even if the app itself does take up a load of storage on your phone.

That's all about to change though as the messaging app is set to introduce a new way to store data, keeping them on Google Drive, instead of on your actual phone.

This is good news because that means that a load of storage will then be freed up on our actual devices... but bad news if you haven't been backing up your WhatsApp in the past year. 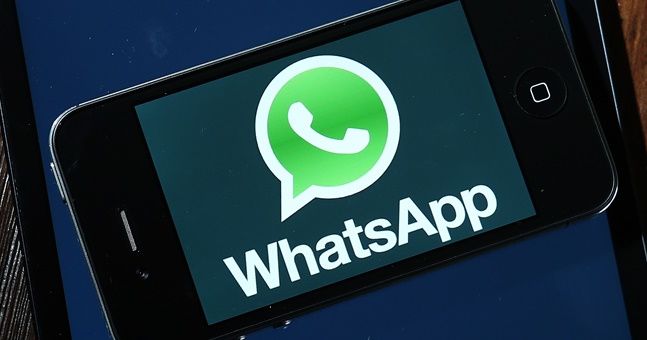 If you've failed to back up your WhatsApp data in the past year, this will be entirely wiped from the current Google Drive it's being stored on.

END_OF_DOCUMENT_TOKEN_TO_BE_REPLACED

This doesn't mean that it'll be gone from your phone, but if you delete the app or try to use a different device, your messages and photos probably won't be there.

The Sun reports that WhatsApp sent out an email to users explaining the change.

“Due to a new agreement between WhatsApp and Google, WhatsApp backups will no longer count against Google Drive storage quota.

“However, any WhatsApp backups that have not been updated in more than a year will automatically be removed from storage.”

Better get backing up, lads.

popular
The second season of Dirty John lands on Netflix next week and we’re already hooked
Rupert Young, twin brother of Will Young, passes away, aged 41
Staycation: TripAdvisor reveals the top 10 hotels in Ireland for 2020
Here's the average age people lose their virginity around the world
Kate Middleton has addressed the rumours that she's pregnant with her fourth child
WATCH: Paul Mescal stars in new Rolling Stones' music video 'Scarlet'
Why Are Men so Obsessed With Boobs? The Answer is Pretty Surprising...
You may also like
5 months ago
Air New Zealand wants to introduce bunk beds on its flights for economy classes
6 months ago
Irish mobile network GoMo introduces €12.99 a month for life offer
7 months ago
Bad news! WhatsApp will stop working on certain phones from TOMORROW
7 months ago
You can now get long distance touch bracelets to let your far away friend know you're thinking of them
9 months ago
New WhatsApp update stops people adding you to pointless group chats
9 months ago
The AirPods Pro have arrived so, what can Apple's latest gadget do?
Next Page