Beaches in Donegal, Galway, Sligo, and Cork also made the list.

The stunning Keem Bay in Achill was named as the top place to go swimming in the sea by Ocean Bottle, a company that manufactures reusable water bottles with a commitment to collecting the equivalent of 1,000 plastic bottles from the ocean for every bottle sold. 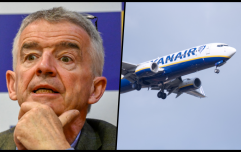 END_OF_DOCUMENT_TOKEN_TO_BE_REPLACED

The list of beaches was compiled following a study of average water quality across the past year, including the E.coli and intestinal Enterococci count, to first determine how safe the beach was for swimming.

This was then cross-referenced with the location's Google Ratings and reviews, with any location with less than 100 reviews being removed.

Here's the top 20 places to swim across Ireland and the UK: 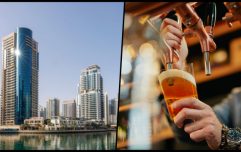 END_OF_DOCUMENT_TOKEN_TO_BE_REPLACED

A Blue Flag beach in Galway was also named as the top hidden gem in Ireland and the UK.

Aillebrack (Silverhill Beach) in Galway topped the list due to its high water quality, but had very few reviews.

Ireland's beaches dominated the list of hidden gems, with 12 of the 20 beaches named along the coasts.

Here's the full list of hidden gem beaches across Ireland and the UK:

popular
Love Island's Faye Winter says she feels like she's "failing" as an influencer
Davide Sanclimenti opens up on having kids with Ekin-Su Cülcüloğlu as he turns down Dancing On Ice
Kelly Osbourne shares "wild" judgement she got for deciding not to breastfeed
McDonald’s launches Happy Meals for adults with toys included
Kesha's mom explains controversial Jeffrey Dahmer lyric in hit song Cannibal
5 delicious brunch spots around Ireland to try out on your next trip with the girls
Here are the baby name trends set to dominate 2023
You may also like
4 days ago
Status Yellow warning for six counties with heavy rain and wind in the mix
1 week ago
Children under 16 can now stay in public hospitals for free
2 weeks ago
Woman lying motionless saved by Gardaí at house fire in Kerry
2 weeks ago
Teenager hospitalised following alleged assault in Dublin
2 weeks ago
Scientists say fireball spotted over Ireland this week was definitely a meteor
2 weeks ago
Tax-free payment of €100,000 available to families of healthcare workers who died from Covid
Next Page