Love Island star Dani Dyer has some fans convinced that she has gotten engaged to West Ham footballer Jarrod Bowen.

The 25 year old has been dating the footballer since October last year.

Taking to her Instagram stories on Thursday, Dani shared a coupled-up picture with her man, writing a very cryptic caption alongside it.

She said: "You and me forever.”

This comes months after Dani shut down rumours that she was expecting her second child with Jarrod.

In January, Dani shared a mirror selfie on Instagram where she posed with her hand over her stomach, which fans jumped to the conclusion that she must be pregnant. 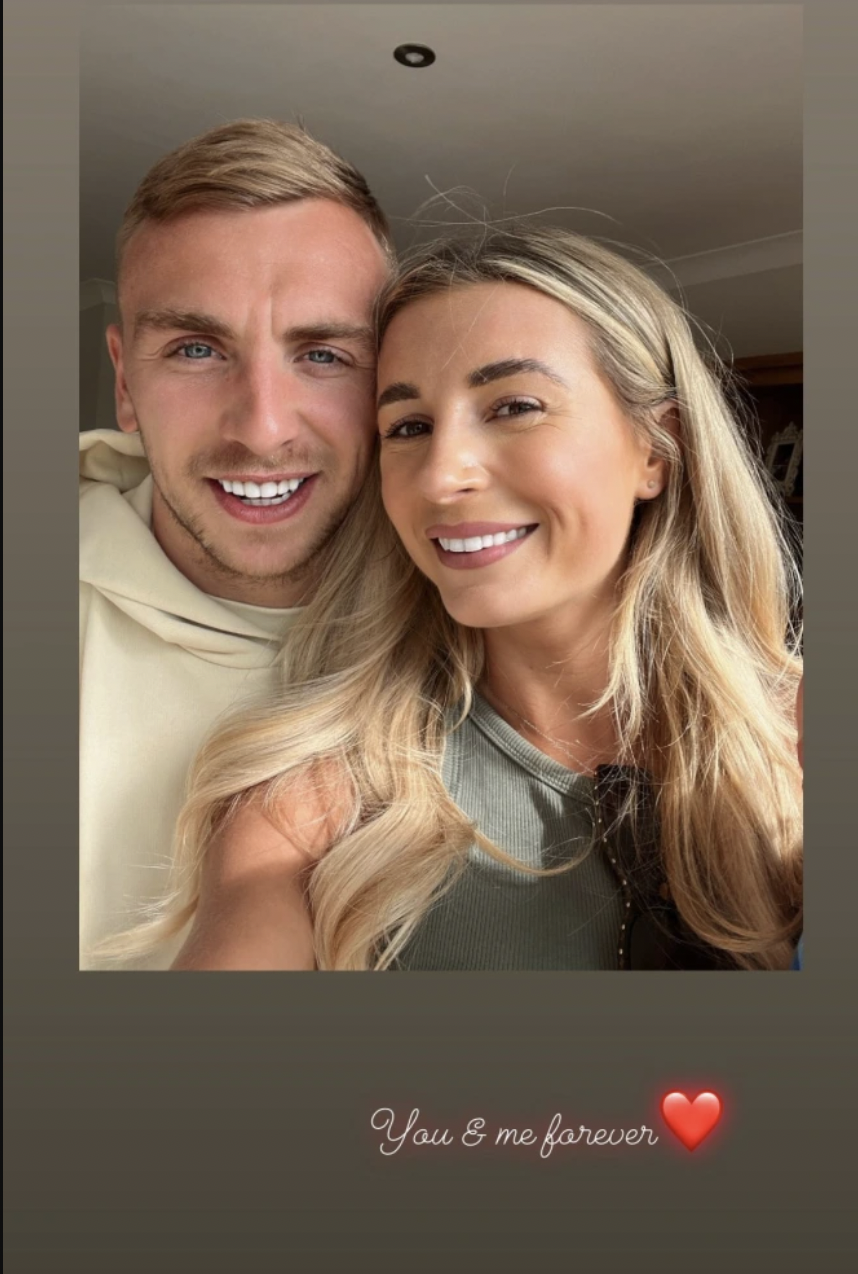 In the comment section, one person asked: “Oh little one on the way?”

Not taking to the question lightly, Dani replied: “No! And that is an insult to call someone pregnant if they aren’t.”

Dani and Jarrod have been taking since she split from Sammy Kimmence after he was sent to prison last year.

This was only months after she welcomed a baby boy called Santiago after the couple called it quits in July last year when he was sentenced to three and a half years in prison for fraud.

“They started spending time together as just friends but as time as gone on they have grown closer and seem to be getting on really well.”

"It is a very new relationship but it’s lovely to see Dani beginning to move on and leaving all the heartache she’s suffered behind her.”

popular
Looks like Maura Higgins knew Molly-Mae's baby name this whole time
Here's why Nicola Peltz-Beckham's family are suing her wedding planners
Tommy Fury responds to Jake Paul ruining his baby news
Chrishell Stause faced "unbelievable" trolling for relationship with G-Flip
Love Island's Zara speaks out after being dumped from the villa
I got my first ever smear test – and it wasn't as scary as people make it out to be
Wayne Lineker called out for comment on Tommy and Molly-Mae's baby news
You may also like
9 hours ago
Love Island first look: Kai turns for Olivia as a bond forms between Casey and Lana
13 hours ago
Love Island's Zara speaks out after being dumped from the villa
14 hours ago
Love Island fans have some things to say about Shaq and Tanya's confession
1 day ago
Dani Dyer reveals the gender of her twin babies
1 day ago
Love Island first look: The recoupling causes a stir as two new bombshells enter the villa
1 day ago
Love Island's Haris spills all on an unaired fight between Zara and Tanyel
Next Page