Interview: We talk to the stars of The Curious Incident of the Dog in the Night Time

Over the last few months the Bord Gais has seen some fantastic shows arrive at its doors including Chicago, The Lion King and The Book of Mormon.

Soon it will see another great show, The Curious Incident of the Dog in the Night Time, arrive but ahead of opening night I got the chance to talk with two of the show's stars David Breeds and Rebecca Root on what they think makes this show so special. 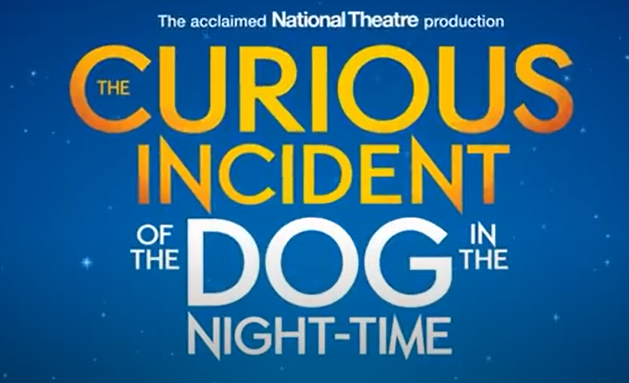 You've both been on the road awhile with Curious Dog, tell me what is it like to perform in this show over others that you've both done?

David: "So much fun! Growing up I always played sports and been very physical, so to get the chance to perform in a show with lots of lifts and flips and intense choreography is incredible.

It was the first play I saw when I was younger and I always thought that if there was any show I'd love to be in it's that one so when I booked the role I was so excited.

It's wild, it's absolutely wild! It's beyond anything I could have ever wished for."

Rebecca: When I was initially offered the role I knew it would mean being away from home for a long time, but it was just to fantastic of a part and too wonderful of a play to turn down.

With my character there's a lot of balancing humour with compassion and sensitivity and a different type of emotional connection, which can be challenging, but in a way that's what we do as humans.

As people we find ourselves in all sorts of unusual circumstances and certainly within this production sometimes the audience aren't sure if they should laugh in case it's doing a disservice to the character's journey, but actually it's ok, because a lot of the show is very funny.

Going into the show I was really expecting it just to be for pre-teens, but as a parent I really related to the story and I think a lot of other adults will too.

David: 100 per cent. All ages really come to it. It's a meaty play, it's got all the bells and whistles. It's a show about family and love, betrayal, it's got so many different layers, it's got something for absolutely everyone.

You've got the first 30 minutes which is a murder mystery and filled with chaos and then the last 30 minutes when it flips to a kitchen sink drama which is heartbreaking.

People come up to me in the street afterwards and they say 'I'm a parent, I'm a teacher etc... and I can really relate to the show' and then the kids come up to us as well and say that it really resonates with them, in particular those that are on the spectrum, and they feel that it's on their own wavelength.

It's really powerful and it's incredibly humbling. It's one of the great joys of being an actor.

I have to say, I was blown away with how incredible the set is.

David: You look at it when you come in and you think oh it's just a blank box, but then it turns into this box of tricks where compartments open and the whole set just starts coming alive.

Even in the audience you're just bombarded with all these sounds and lights, it's so easy to feel like you're part of everything that's happening.

We do so much movement as well by using different parts of the set. I was wearing a smartwatch during rehearsals one day and I looked at my heart rate was 207.

Rebecca: It's incredible isn't it? I've never seen anything like it, the first time I saw it, it just blew me away.

It's very technical, there's a lot of electronics and sound and lighting effects, it's like nothing I've ever worked on before.

I'm also blown away by the sheer athleticism of my fellow performers who seem to be part gymnasts as well as actors.

Are you looking forward to visiting Ireland?

David: I'm so looking forward to visiting Ireland. I really want to catch a traditional Irish music session in one of the pubs.

I'm going to be grilling the staff at the Bord Gais for tips on where to visit once I get over.

Rebecca: I've been to Ireland quite a bit as I have lots of family in Ireland. I've also performed at several Irish theatres in the past and I have a great love for Ireland, so yes, I'm really looking forward to coming over this month.

And finally, David, has the audience ever left before you've gotten to do your equation at the end?

David: Yes, you come out and people have started putting their coats on, they don't think it's an actual part of the show.

There's a look of surprise on everyone's face when they realise that I'm actually coming back out to explain it.

If you're coming to the show, don't leave right away, I will actually explain that equation!

The Curious Incident of the Dog in the Night Time will be playing at the Bord Gais from April 26-30.

popular
Love Island’s Afia explains why Gemma’s dad has not been mentioned on show
Two dumped islanders have confessed their feelings for each other since leaving the villa
Love Island fans concerned over "bullying" of Ekin-Su
Brian Laundrie's parents could stand trial as civil lawsuit begins
Woman saved from hostage situation after leaving note on food delivery order
Shaughna Phillips brands Love Island heart rate challenge "fixed" and "vile"
Love Island fans are in shock after new boy Charlie revealed his age
You may also like
21 hours ago
Netflix CEO confirms adverts are coming to the service
6 days ago
A remake of Father of the Bride just came out – but does it live up to the original?
1 week ago
The little girl who played baby Anna on Derry Girls has been diagnosed with leukaemia
1 week ago
UK lined up to host Eurovision 2023 after organisers rule out Ukraine show
1 week ago
Netflix looking for participants for Squid Game reality series
1 week ago
Here's why Gemma and Luca have a fight on tonight's Love Island
Next Page