"Everybody has been so welcoming."

Rosanna Davison has said her surrogate Anastasiia Berezan is "settling in well" in Ireland after a "harrowing and traumatic journey" journey from Ukraine last month.

Appearing on last night's Late Late Show, the former Miss World opened up about the situation.

"Our surrogate over in Ukraine was living in a city in the south and I contacted her at the beginning of the war and said she's very welcome to come to Ireland if she can get out of the country," she said.

"This is the woman who I spoke about on the show previously, she gave birth to our daughter, Sophia.

"She was our gestational surrogate. So, you know, she gave us the greatest gift imaginable, so we wanted to do something for her.

"So she contacted me then in April and said that she had managed to bring her daughter, family member and dog over to the Polish border and what to do next. 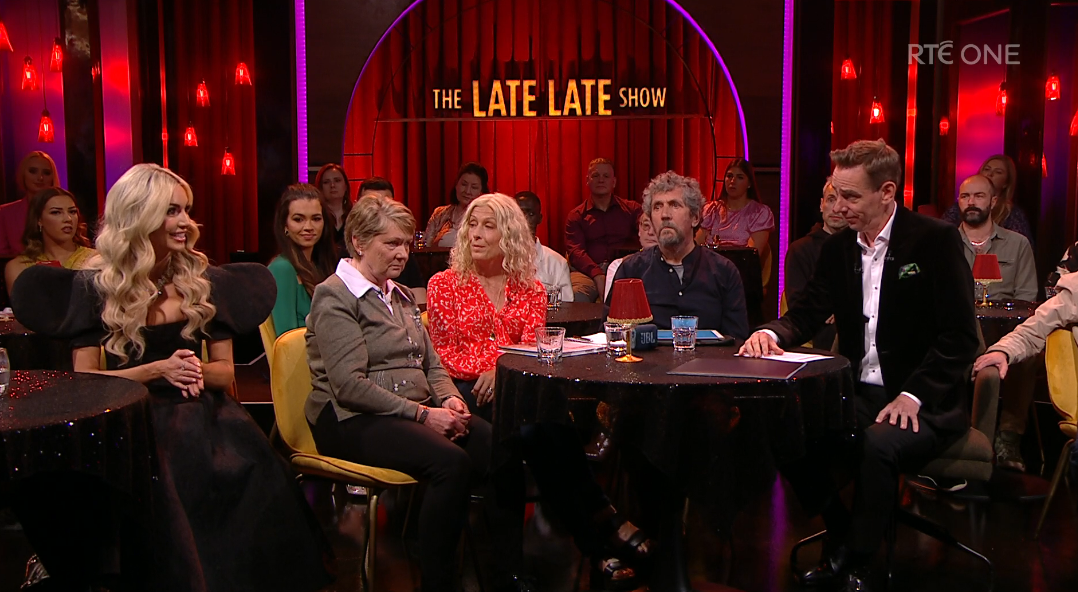 "It was a bit of a logistical challenge to get them all over with the dog onto the plane, but we did it, we got her here a month ago.

"And they're settling in very well. I mean, just the overwhelming support and generosity from everybody.

"I mean, from the community to just friends of mine to family. Everybody has been so welcoming. We felt it was important to help them."

Anastasiia, her family, and her dog arrived in Dublin last month.

Announcing the news on Instagram at the time, Rosanna wrote: "She gave us the greatest gift of all, and now it was our turn to help her."

Rosanna, along with her husband Wes Quirke, welcomed their daughter Sophia, through surrogacy in 2019.

The model then gave birth to twin boys Hugo and Oscar in October 2020.

She has always shared her surrogacy journey in an effort to help and support other Irish parents also having children in this way.

popular
Parents told to stop buying selection boxes for kids- here's why
We could be getting snow this Thursday, according to Met Éireann
This Netflix Christmas film is being dubbed the perfect rom-com
Only watch this new Netflix film if you want to bawl your eyes out
EastEnders' Samantha Womack "thankful" as she is now cancer-free
"You can’t imagine what it feels to have had a baby and yet feel like you didn’t"
Why Are Men so Obsessed With Boobs? The Answer is Pretty Surprising...
You may also like
2 weeks ago
The Late Late Show is set to give Vicky Phelan a musical tribute on Friday
2 months ago
Don't panic but a Spice Girl is going to be on this week's Late Late Show
2 months ago
George Clooney and Julia Roberts are set to appear on tomorrow's Late Late Show
2 months ago
Ekin-Su Cülcüloğlu brands Ryan Tubridy a "genius" after Late Late Show
3 months ago
Ekin-Su will be on the Late Late show this Friday
6 months ago
Viewers praise Dermot Kennedy for "powerful" performance after Late Late Show finale
Next Page