No one deserves it more.

They haven't even been famous 24 hours yet but the two DJing brothers from last night's Toy Show have already stolen our hearts.

The nation loved DJ Calum and his hype man Jackson so much that the pair have already been offered their very first gig.

With the pair being praised online, Calum was in control of spinning the decks while his brother Jackson's job was to get the audience pumped, and he certainly did a great job doing it.

Joined on the show by other children in colourful costumes, the performance was one of the most memorable, but it only got better when the pair returned for the parade or bikes, go karts and everything in between. 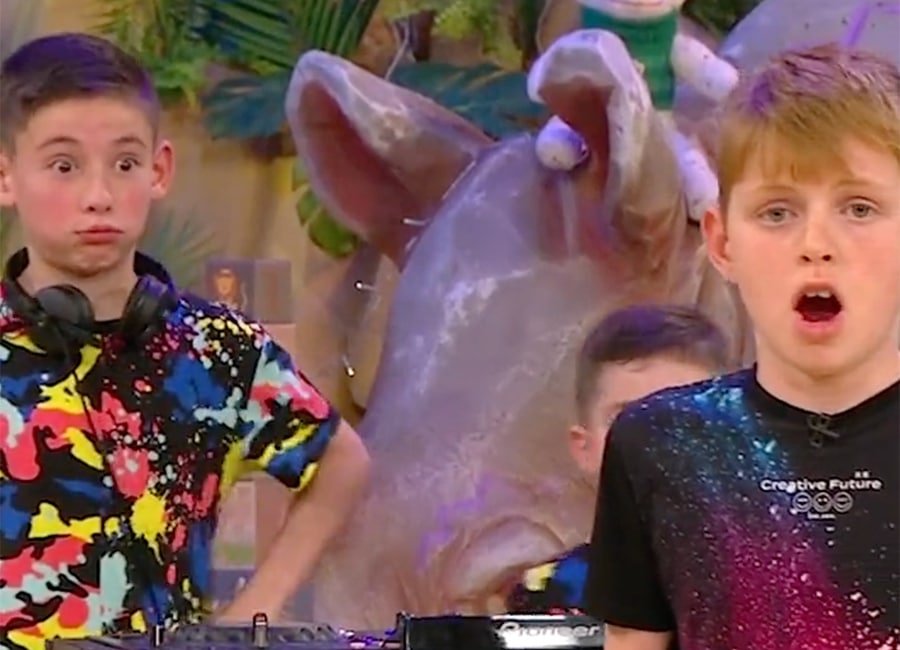 Dublin radio station FM104 has now reached out to the boys on Twitter to see if they would like to collaborate on a new project.

They wrote: "Hi DJ Calum and hype man Jackson. We'd love you to DJ and hype on @FM104 next Saturday evening from 6pm til 7pm if you're up for it! Let us know."

But they weren't the only ones, DJ and music producer Marty Guilfoyle has also reached out to the brothers after seeing their talent on the show, and wants to make music with them.

We'd love you to DJ and hype on @FM104 next Saturday evening from 6pm til 7pm if you're up for it!

He tweeted: "I currently have my people contacting DJ Calum’s people to discuss a collab. #watchthisspace #LateLateToyShow."

And of course, we all remember Calum's face as one kid belted out Ave Maria in Italian, to say he was well impressed would be an understatement.

It was when Fergal let out the beautiful song, Calum couldn't help but pull some exaggerated shocked expressions while getting his younger brother's attention in disbelief. Same Calum, same.

popular
Women are rinsing their hair in apple cider vinegar – and the results are amazing
"Hair contouring" is about to be huge, here's everything you need to know
The Puppet Master: Where is Robert Hendy-Freegard now?
Love is in the air: 3 new fragrances we love – just in time for Valentine's Day
Here is how your trendy bath bombs are actually really bad news for your vagina
Damian Lewis pays touching tribute to late wife Helen McCrory with Irish poem
Someone has ranked the penis size of men from all over the world
You may also like
1 month ago
Ryan Tubridy hints this year might be his last Toy Show
1 month ago
This year's Late Late Toy Show has broken Irish TV records
1 month ago
Toy Show's sign language interpreter Amanda Coogan hailed a "national treasure"
1 month ago
Top 9 moments from the Toy Show we're still talking about
1 month ago
The internet can't deal with Ryan Tubridy's Toy Show opening
1 month ago
Toy Show viewers can't get enough of Finn from last night
Next Page