Imagine being vegan for years, and with the swift bite of a burger, all of that going to shit?

This actually happened to one poor unfortunate vegan, who ordered a vegan burger from KFC recently.

Nic Kent popped in to try the new KFC vegan burger recently, and was surprised when she took a big old bit from a chicken burger. 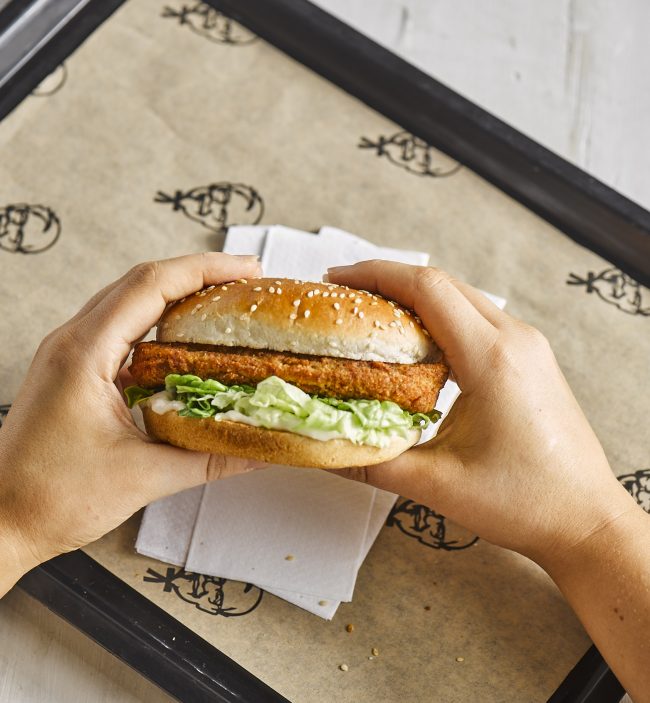 "I felt sick. I was heartbroken. It has been a long time since I first became a vegan. I went to brush my teeth after."

"You know when you are so hungry and you do not chew?," she added. "I waited a long time for it so I was hungry and I just wanted to enjoy it. Luckily it was not a big bite."

"I've been vegan for five years so I known damn well that was not any plant-based stuff. I could feel all the skin going down my throat."

"My sister picked up the burger and checked for me. I should have checked but really I should not have had to."

"I'm not a militant vegan but I was so grateful that KFC was trying to do something, a place that me and my family could go."

"I just feel disappointed. KFC do not care about vegans or about animal welfare, it's just about money."

Not great now, is it?

popular
Liveline listeners call for RTÉ's new property show to be scrapped
Stacey Solomon mortified after walking around shop in see through leggings
Vicky Pattison thanks fans for support after doctors find ovarian cyst
Father and daughter stabbed to death in London
Negative Covid tests will be required to enter Ireland, Cabinet agrees
82-year-old woman reunited with 35-year-old husband after 9 month Covid separation
14-year-old boy charged with murder of 12-year-old Ava White
You may also like
4 weeks ago
3 new vegan cookbooks that will inspire you to try eat more plant-based meals
1 month ago
Mum says she secretly feeds daughter's vegan friend meat
2 months ago
It's World Meat Free Week: Here are 5 easy ways to cut back
2 months ago
You can now get a meat-free chicken fillet roll in Spar
4 months ago
We need to stop asking vegetarians why they don’t eat meat
4 months ago
Finally – FINALLY – someone has made a plant-based milk that is perfect for adding to tea
Next Page