Getting the Message - Irish Tanners are the Most Savvy, Suggests New Survey

From all of the countries surveyed, the UK and Ireland were the most SPF savvy with 95% altering their foundation and moisturiser to include an SPF for the summer and 66% prioritising SPF over other product qualities and benefits. The UK and Irish GLOSSYBOX subscribers don‘t take any chances in the sun with the highest percentage electing to use factor 50 on their face and a separate SPF for their lips. Wisely so, with 68% revealing that they like to be outside in the direct sunshine between the peak hours of 11am – 3pm.

Over the pond, 94% of American subscribers swear by SPF in all products over the summer and 43% are never without a waterproof mascara. 77% of the French feel more attractive when tanned and their recorded primary concern was their hair with 50% buying into thermal hair protectors during the summer and 49% in Sweden. 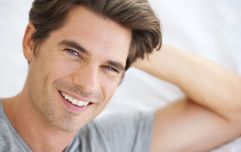 END_OF_DOCUMENT_TOKEN_TO_BE_REPLACED

Whilst 96% of Japanese women reveal that they try to avoid the sun at all costs and 93% protect their skin with a high SPF. Shockingly though, it is still the Japanese who have the highest recording of burning with 64% burning their face in summer months.

It’s not just the sun that’s a risk, it’s sunbeds. A startling 70% of German women surveyed admitted to using a sunbed at least once. However Germany equally recorded the lowest statistic for sun burn with just 10% suffering from burns. Worryingly though it was recorded that a global average of 78% had never had a dermatologist or doctor check out their skin moles.

So what is the best way to protect yourself from the sun? Surgeon and skin cancer expert, Paul E Banwell FRCS(Plast) suggests that sun protection might be as simple as popping a pill. He notes that “regular oral Vitamin D supplementation may help guard against skin cancer formation. It is known that Vitamin D is highly photoprotective.”

13,831 GLOSSYBOX subscribers from the UK, Ireland, USA, Sweden, France, Germany and Japan took part in the online survey throughout May 2014. 99% of those who took part were female. The July GLOSSYBOX is €15  and will be available throughout July 2014 from www.glossybox.co.uk while stocks last.