If you're a fan of Thierry Mugler 'Angel', you'll LOVE this new scent

Angel by Thierry Mugler was the first perfume I bought myself at the grand old age of 15 so it's safe to say the scent holds some nostalgic memories.

A heady mix of honey, vanilla, praline, chocolate, caramel, and patchouli, it's a love or hate smell but if you love it, you really love it.

Although it's no longer my everyday go-to scent, I still wear it now and again and the smell is like a comfort blanket, familiar and cosy. 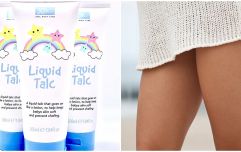 Goodbye chub rub! We have found the BEST product to stop thigh chafing – and it's a bargain

END_OF_DOCUMENT_TOKEN_TO_BE_REPLACED

You can see then why I jumped at the chance to attend the launch of Mugler's newest fragrance, Aura, and it was a truly fabulous experience from start to finish.

If you follow the Her social media accounts, you may have noticed the recent 24-hour whirlwind trip to Paris where I was lucky enough to attend the global launch of Aura, hang out at the evening gala event and be in the company of Mr Thierry Mugler, THE Thierry Mugler.

The haute couture designer's trademark style includes structured shoulders, bold block colours and defined waists as you'll see below from the costumes he designed for Beyoncé during her I Am...World Tour in 2009/10. 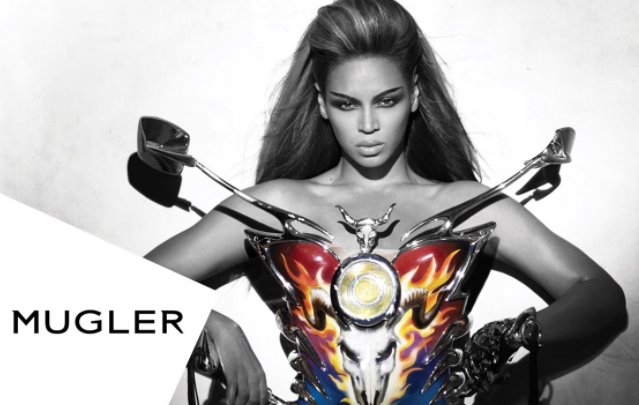 David Koma is now Mugler's artistic director but Thierry still lends his artistic vision to the brand and he dreamed up the concept for Aura, a scent that "embodies the spirit of women who love life". 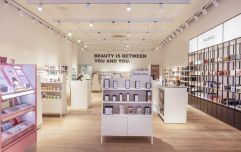 END_OF_DOCUMENT_TOKEN_TO_BE_REPLACED

It's for "those who rely on instinct to become exceptions in an exceptional world" and having witnessed the stunning presentation to introduce the scent, I can tell you that Aura's creators have such passion for this unique launch.

At this point, you're probably wondering what it smells like and the good news is this perfume is just as impactful as Angel but with a gorgeous freshness too.

The bottle makes a style statement, no surprise given the design of previous fragrances Angel and Alien.

Proposed by Mugler himself and sculpted by an artist before it was produced industrially, the heart shape was chiselled in glass and then set in a metal 'M'.

Describing Aura (which has been years in the making), Thierry Mugler said:

"Aura is an uncontrollable magic that the magnetism of the fragrance materialises".

Magic, magnetic, instinctive, expressive, and addictive. If you're looking for a new fragrance that will have everyone asking what you're wearing, the search is over.

It launches in Ireland at the end of this week and will be available to buy from the 30th June in Boots and Debenhams. Aura will then go on sale nationwide from 1st September.

From the name to the bottle to the smell, this is a pretty special perfume and I've been captivated by the Mugler magic all over again, almost fifteen years later.

Girls With Goals || Her · Ep.161: Feeling Peachy - Sharon Keegan of Peachylean on being an absolute BOSS!
popular
This wedding hangover kit is going viral on TikTok
Love Island featuring show's first contestant with a disability
Bartender praised for passing note after man harassing women in bar
Meghan was right to say Archie "won't be a prince" under Prince Charles
Love Island winner Greg O'Shea explains why he's leaving "celebrity" life behind
Friends Star James Michael Tyler Files For Divorce
5 things we know for sure about this year's Love Island
You may also like
6 days ago
Suzanne Jackson returns home from Portugal to look after sick dog
1 week ago
Summer glow: The only 5 beauty products I am bringing on staycation this summer
1 week ago
Dr. Brandt Skincare officially launches in Irish stores
2 weeks ago
This clever and affordable gadget lets you do a DIY microdermabrasion treatment at home
2 weeks ago
Looks like Harry Styles is starting his own beauty line
3 weeks ago
Summer glow: 10 new beauty products that are worth the hype (and your money)
Next Page